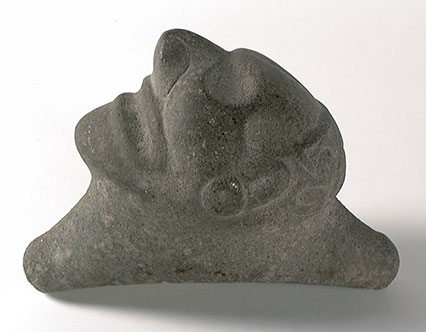 The Indigenous peoples of the Spanish-speaking Caribbean are not extinct and they never were. “Todavía estamos aquí (we are still here)”: this is the powerful message of the modern Taíno movement and the foundation of “Taíno: Native Heritage and Identity in the Caribbean,” a new exhibition presented by the Smithsonian’s National Museum of the American Indian and the Smithsonian Latino Center. It opens Saturday, July 28, at the museum’s George Gustav Heye Center in New York.

The term Taíno most directly refers to the diverse Arawak-speaking peoples of the Greater Antilles (Cuba, Jamaica, Haiti, the Dominican Republic and Puerto Rico) and their descendants. Though the Indigenous peoples’ numbers greatly dwindled upon contact with European colonizers, they survived disease, enslavement and brutality. Currently, a Native heritage movement involving Taíno descendants is growing throughout the Greater Antilles and in diasporic Caribbean communities in the United States, such as the region around New York City. These diverse groups have established robust networks that continue the proud legacies of their Native ancestors, and “Taíno: Native Heritage and Identity in the Caribbean” provides a framework for understanding the growth of this movement in the Spanish-speaking Caribbean and the United States.

The exhibition is presented in English and Spanish and will be open through October 2019. A press preview will take place Tuesday, July 24, from 10 a.m. to noon. For more information or to attend, email NMAIPressOffice@si.edu.

“One-tenth—this small fraction is the estimated percentage of Native populations left in the Caribbean in the immediate years after colonization,” said Kevin Gover (Pawnee), director of the National Museum of the American Indian. “This is an incredible level of adversity that underscores the importance of the Taíno movement that exists today. This exhibition traces a dark history that inspiringly evolves into a flourishing present that won’t allow the Taíno legacy to be erased.”

“For us, it was important to push through the myth of extinction and explore the historical and living legacy of Indigeneity in the Caribbean,” said Eduardo Díaz, director of the Smithsonian Latino Center. “We believe this exhibit will give visitors a new, alternative way to look at First Contact in the Americas, and the implications that play out today in the cultures and identities of the islands and their diasporic communities on the mainland. I cannot think of a more important, or original, American story to share.”

“Taíno: Native Heritage and Identity in the Caribbean” begins with an overview of Taíno cultures before European contact, where visitors encounter emblematic objects associated with aspects of Native political and spiritual life that would drastically change after European colonization. One particularly important series of objects identified in the exhibition are cemís. Considered living objects by Taíno peoples, cemís are stone, wooden or cotton artifacts used in ceremony to connect with deities, ancestors and forces of nature. In all, 31 objects from the museum’s collection serve as focal points for the exhibition, 19 of which date back to pre-contact (ca. A.D. 800–1500). The exhibition demonstrates how archaeological objects from the ancestral past inform and inspire the present-day Taíno movement.

Today, most self-identified Taínos are ethnically mixed, descending primarily from Native, European and African peoples. Critically, this exhibition opens new spaces for conversation around issues of race, ancestry and history in the Caribbean. It explores topics like genetic testing, family stories of Indio ancestry and the Native roots of the Caribbean’s rural cultures. Visitors can engage in frank discussions around the contested nature of the Taíno movement (such as the persistent question of how mixed-race people can still be “Indians”) as they explore the legacy of the region’s Native cultures and the enduring power of Native knowledge.

The exhibition concludes with photographs and a discussion of the community and activist groups keeping the Taíno movement strong, such as the United Confederation of Taíno Peoples, which maintains a visible presence within the United Nations Permanent Forum on Indigenous Issues. Examples of cultural arts practices and modern incarnations of traditions such as craft and dance also demonstrate the vibrancy of the contemporary movement, especially as it increasingly interacts with other Native communities across the hemisphere.

Ranald Woodaman, exhibitions and public programs director for the Smithsonian Latino Center, is the curator of the exhibition.

“Taíno: Native Heritage and Identity in the Caribbean” is a collaboration of the National Museum of the American Indian and the Smithsonian Latino Center. This exhibition and related programming are made possible through the support of the Ralph Lauren Corp. and INICIA of the Dominican Republic. Federal support is provided by the Latino Initiatives Pool, administered by the Smithsonian Latino Center.

The Heye Center’s annual outdoor summer concert showcase “Native Sounds Downtown” will take place Thursday, Aug. 2, 5–6 p.m. outside of the museum, featuring Taíno Dominican singer-songwriter and folk-music researcher Irka Mateo. Mateo’s work is considered one of the precursors of the Dominican alternative music movement and an essential reference to new generations of musicians. Her work is inspired by popular music and Indigenous/Afro/European Dominican folkloric rhythms. Mateo previously hosted a Taíno music program for children at the Heye Center.

A symposium scheduled for Saturday, Sept. 8, from 10 a.m. to 5:30 p.m. will feature diverse scholars, as well as presenters from the Taíno community, to address the history and future directions of the movement, in addition to topics like genealogy and genetic testing as methods for documenting Native presence in the Caribbean. Further details and registration information will be available on the museum’s website, AmericanIndian.si.edu.

The National Museum of the American Indian is committed to advancing knowledge and understanding of the Native cultures of the Western Hemisphere—past, present and future—through partnership with Native people and others. The museum’s George Gustav Heye Center is located in the Alexander Hamilton U.S. Custom House at One Bowling Green in New York City. For additional information, including hours and directions, visit AmericanIndian.si.edu. Follow the museum via social media on Facebook, Twitter and Instagram.

The Latino Center represents the heart of Latinidad at the Smithsonian and works to enhance the ways the Smithsonian is a Latino-serving institution. By building connections and partnerships, increasing access to content and collections, convening conversations and unlocking the dynamic Latino stories that shape American identity and experience, it preserves an increasingly inclusive national history while reflecting the enduring cultural contributions made by Latinos to the U.S. More at http://latino.si.edu/.