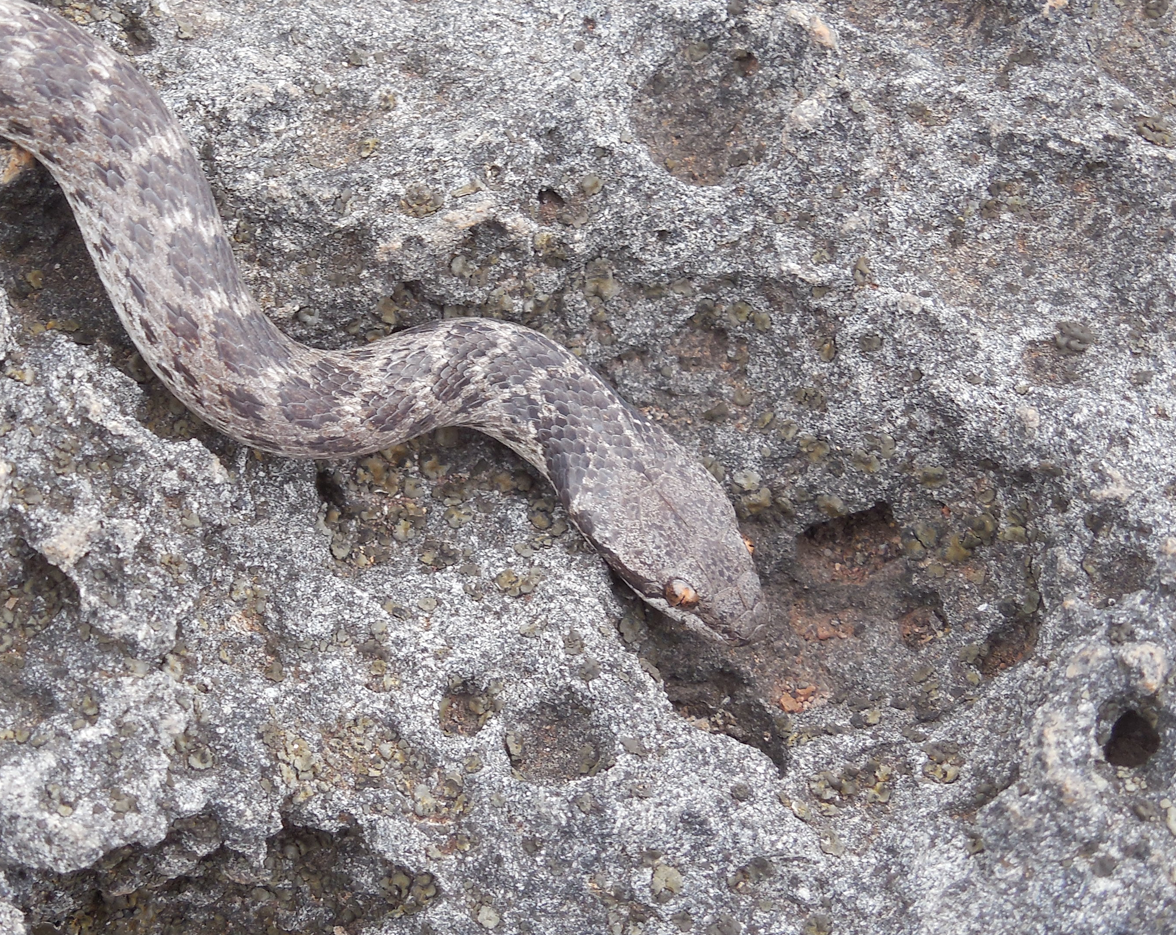 After eluding scientists for nearly 80 years, the Clarion nightsnake (Hypsiglena ochrorhyncha unaocularus), a nocturnal reptilian species that was initially discovered in the first half of the 19th century and then struck from the scientific record, was rediscovered by National Museum of Natural History researcher Daniel Mulcahy. The new snake species is found exclusively on the Mexican island of Clarion and could have remained unknown to science if not for the team’s efforts to solve the case surrounding its disappearance. Details of this discovery are published in the May 16 issue of PLOS ONE.

Mulcahy was inspired to begin the search for the Clarion nightsnake after studying the lone specimen in the American Museum of Natural History’s collections. The snake’s unique scale pattern and markings led the research team to believe it represented a new species that might still live on Clarion today. Mulcahy also uncovered the controversy surrounding the inclusion of this snake in the scientific record, and found that it appears to be the only species ever to be discarded due to a presumed locality error. Tests of the museum specimen’s ancient DNA were inconclusive, prompting Mulcahy to collaborate with Juan Martínez-Gómez, an expert on the Revillagigedo Islands, and venture into the field using the naturalist William Beebe’s writings as guide to find the lost nightsnake themselves.

“The rediscovery of the Clarion nightsnake is an incredible story of how scientists rely on historical data and museum collections to solve modern-day mysteries about biodiversity in the world we live in,” said Mulcahy. “Proper identification is the first step toward conserving this snake, and we plan to continue monitoring this species to learn more about the role it plays in the delicate Clarion Island ecosystem.”

Beebe first discovered the Clarion nightsnake in 1936 while on an expedition to western Mexico, where he wrote about its unusual coloration and found only a single specimen. During the next several decades, scientists were unable to detect any trace of the Clarion nightsnake in their field studies, leading them to negate the validity of Beebe’s findings. In May 2013, Mulcahy and Martínez-Gómez’s team at the Instituto de Ecología in Xalapa retraced Beebe’s steps on Clarion in an effort to locate the lost snake species. After an intensive search, the team identified 11 snakes that matched Beebe’s description, and conducted a series of DNA tests at the Smithsonian’s Laboratories of Analytical Biology to confirm that the Clarion nightsnake, now recognized as a full species (Hypsiglena unaocualrus), is genetically distinct from other snakes located on the mainland of Mexico.

The Clarion nightsnake lives on black lava rock habitat near the waters of Sulphur Bay and grows to be approximately 18 inches long. The snakes are brownish black in color and have a characteristic series of darker spots on their head and neck. While never formally declared extinct, this species remained absent from scientific literature due to two main factors: the nightsnake’s home on Clarion is extremely remote and only accessible by military escort, significantly restricting the number of biologists who can access this area, and the snake’s secretive, nocturnal behavior and dark coloration make it difficult to detect in the field.

The research team studied the genetics, morphology and geographic distribution of several species of nightsnakes, and believe that the Clarion nightsnake is most closely related to populations of snakes from in the Sonora-Sinaloa state border area of mainland Mexico and Isla Santa Catalina in the Gulf of California. The Clarion nightsnake likely originated from the dispersal of an ancestor that traveled by sea from a river basin in Sonora to Clarion. While current populations of this species appear to be viable, Clarion’s fragile ecosystem is threatened by invasive species such as feral cats on neighboring islands. These cats prey on lizards, which are likely a main food source for the Clarion nightsnake.

Mulcahy and Martínez-Gómez, at the Instituto de Ecología a member of Mexico’s National Council of Science and Technology continue their collaboration to learn more about the new snake species and other Mexican endemic reptiles. The expedition to Clarion was made possible thanks to support from Mexico’s navy and with appropriate permits from the country’s natural resources and interior ministries.