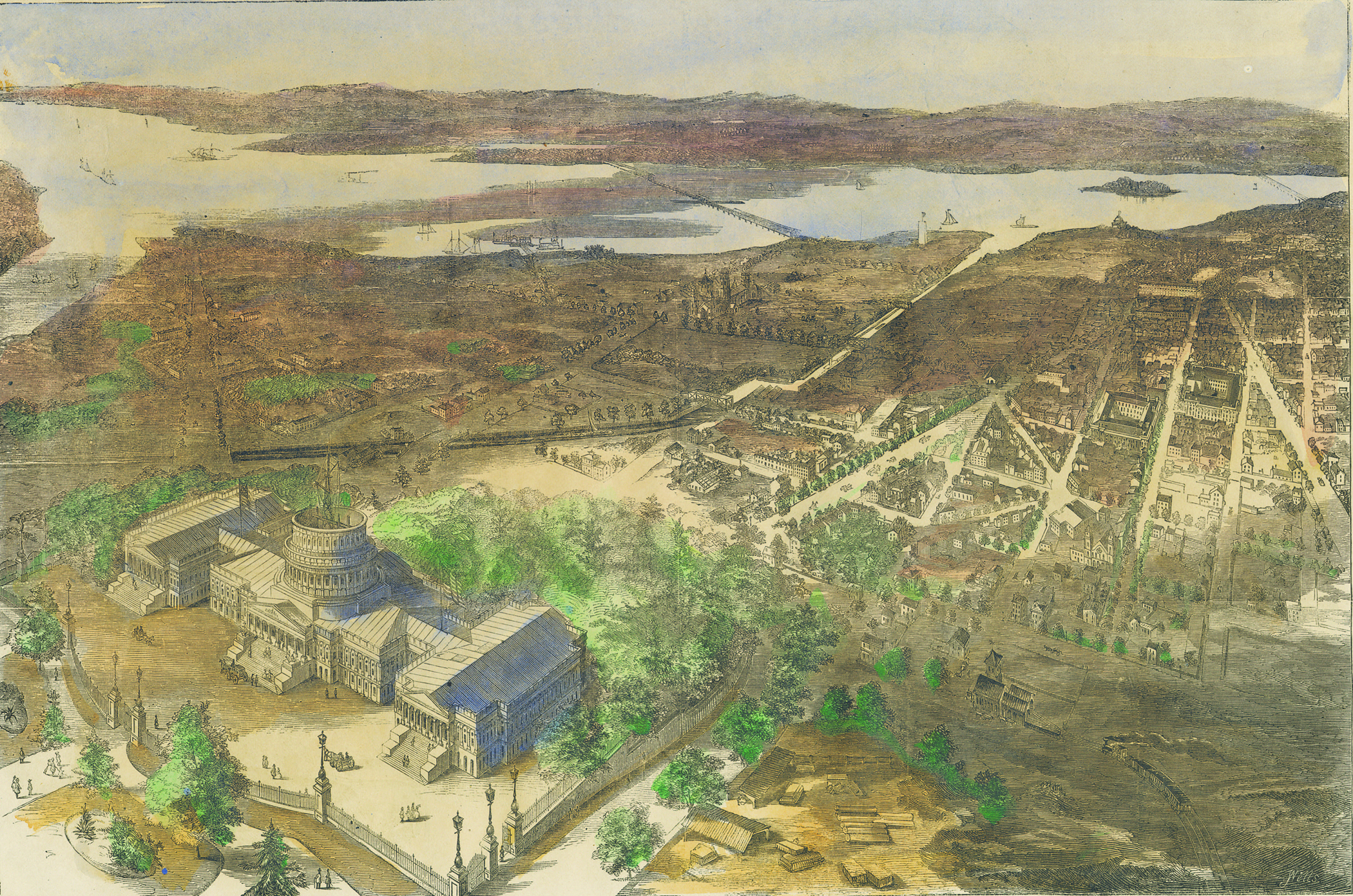 “Of all places that I know [Washington] is the most ungainly and most unsatisfactory…”—Anthony Trollope, novelist and British visitor to Washington in 1861, North America (1862)

“Washington is just now lively beyond all precedents…richly dressed pedestrians throng the
sidewalks at all hours…” Chicago Times, Oct. 23, 1862

The first comment sounds a lot like a pundit’s critique; the second, a National Mall tourist’s observation—both reminders of an enduring dichotomy, which to some currently symbolizes the nation’s capital. However, these assessments of Washington, D.C., were, in fact, made within two years of the most famous of civil conflicts and are displayed in the Anacostia Community Museum’s new exhibition, “How the Civil War Changed Washington,” on view through Nov. 15.

In this exhibition, Curator Alcione Amos offers a fresh approach to Civil War history, with her focus on the evolution of the capital city, contextualizing its history and significant events with intriguing stories of some individuals who came here and contributed to the city’s growth.

“ ‘How the Civil War Changed Washington’ is not an account of the historic battles of the North versus South,” said Camille Giraud Akeju, the museum’s director. “It is an examination of how this conflict affected the nations’ capital in terms of the city’s infrastructure, social imperatives and daily life.”

Organized into nine sections covering before, during and after the war and featuring 18 artifacts, the exhibition examines the social and spatial impact of the Civil War, which resulted in dramatic changes in the city.

Before the war, Washington was a sleepy, sparsely populated town with German, Jewish and Irish enclaves, transient political residents, enslaved Africans, free but “Black Code-constrained” African Americans, unpaved streets, an unfinished Capitol and Washington Monument among other important buildings as well as a fetid canal where the National Mall is now located. With the war came a population boom. Between 1860 and 1870, the city’s population increased from 75,080 inhabitants to 131,700, and the African American population increased from one-fifth to one-third beginning a trend of growth that continued until a century after the war when African American would become the majority.

The exhibition tells of the several tenuous routes of transition from enslavement to freedom and, later, to opportunities in home ownership and business success in the city where emancipation was first granted in the nation. Wartime work expands to provide women new opportunities in the federal work force, education and industry. The federal government is reimagined, local business flourished and modernization took hold spurring improvements in transportation, safety, law and health as well as expansion in adult recreation (prostitution). Forts built in the hilly terrain around the city became new neighborhoods and parks after the war, expanding the city’s footprint and accommodating the flood of refugees and newcomers.

The enduring legacies of Civil War to the nation were preserving the union and emancipating African Americans. For Washington, D.C., however, the legacy was the influx of women into the federal workforce, growth of African American community and physical expansion of city.

The exhibition comes full circle into the 20th century in the final sections by reviewing the generational progress of particular individuals, families, religious institutions and neighborhoods.

“How the Civil War Changed Washington” was funded in part by Joseph and Lynne Horning, the Humanities Council of Washington, D.C., the Smithsonian Consortium for Understanding the American Experience and the Smithsonian Women’s Committee.