Data From Collection Will Be Made Available for Download
November 13, 2013
News Release 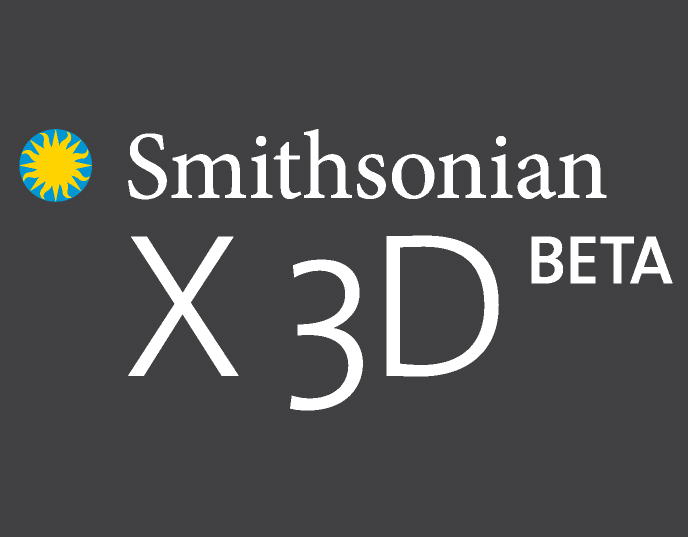 “The Smithsonian is a leader in using 3-D technology to make museum collections and scientific specimens more widely available for anyone to use and study,” said Günter Waibel, the director of the Institution’s Digitization Program Office. “The Smithsonian X 3D explorer and the initial objects we scanned are the first step in showing how this technology will transform the work of the Smithsonian and other museums and research institutions.”

The Smithsonian X 3D Collection features objects from the Smithsonian that highlight different applications of 3-D capture and printing, as well as digital delivery methods for 3-D data in research, education and conservation. Among the objects in the collections are:

To view these and other objects scanned using 3-D technology, the Smithsonian and San Francisco-based Autodesk created the Smithsonian X 3D explorer. The explorer contains a variety of tools for examining these objects. Users will be able to rotate the objects, take accurate measurements between points and adjust color and lighting. The explorer also has a storytelling feature, which allows Smithsonian curators and educators to create guided tours of the models. The explorer is also embeddable on non-Smithsonian websites, blogs and social media.

In addition to being able to view these objects using the explorer, the raw 3-D data from the objects will be made available for downloading for personal and noncommercial use. Teachers and other educators can use the data to create 3-D models of these objects for use in their classrooms.

“We’re honored to have played a role in preserving such invaluable pieces of history and humanity,” said Amar Hanspal, senior vice president at Autodesk. “We hope that exploring these priceless artifacts, heirlooms, fossils and scientific specimens in 3-D will generate more public excitement around science and technology—especially among students.”

Additional support for the Smithsonian’s 3-D efforts has been provided by 3D Systems. The company worked with the Smithsonian to scan, design and print objects from several Smithsonian museums, including one of the large fossilized whales found in Chile’s Atacama Desert.

“3D Systems is proud to be a lead sponsor of the Smithsonian’s digitization efforts,” said Ping Fu, vice president and chief strategy officer of 3D Systems. “We bring to Smithsonian X 3D the new form of actual and virtual exhibits by 3-D scanning and printing, and the power of Geomagic Solutions software to process terabytes of data. The technology contributed and showcased by 3D Systems is an illustration of our vision to manufacture the future, to preserve the past and to share our collective memories and our national treasures.”