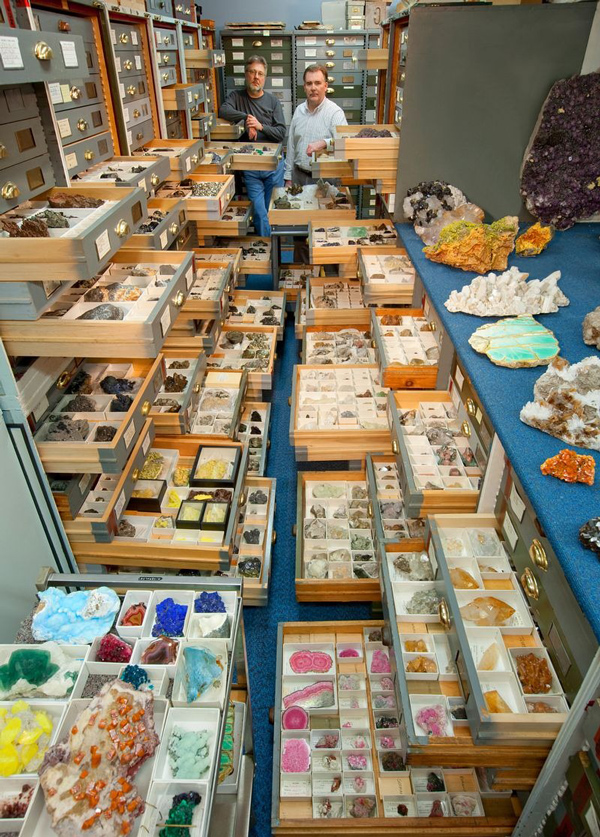 The Smithsonian has acquired an extraordinary 48.86-carat red topaz for the National Gem Collection. The Whitney Flame Topaz is one of the finest imperial, or “precious,” topaz gemstones in the world, notable for its large size and fiery red color. The gemstone was held privately for many decades until it was acquired by the museum through the support of philanthropist Coralyn Wright Whitney as a gift for the Smithsonian’s National Gem Collection. It will be unveiled for its first-ever public viewing Sept. 20 in the Harry Winston Gallery at the Smithsonian’s National Museum of Natural History and will remain on view indefinitely. The topaz is accompanied by a $5 million gift from Whitney to endow the Coralyn W. Whitney Curator of Gems and Minerals.

“We are indebted to Coralyn Wright Whitney for her generosity and her commitment to the future of the National Gem Collection,” said Kirk Johnson, the Sant Director of the National Museum of Natural History. “Her gift will serve as an inspiration to generations of Americans and encourage others to share her passion for science and the mission of this great museum.”

“The Whitney Flame Topaz is a major addition to the Smithsonian’s collection and will delight and amaze millions of museum visitors,” said Jeffrey Post, chair of the Department of Mineral Sciences and curator of the National Gem and Mineral Collection at the museum. “The color and beauty of this gemstone is astounding. You have to see it to believe it. The Whitney Flame is truly one of Earth’s treasures.”

An imperial topaz is typically golden-orange color, but the vivid red hue of the Whitney Flame is even more unusual and highly prized. The red color is the result of trace quantities of chromium that were incorporated into the original topaz crystal as it grew in the earth. The Whitney Flame is from the topaz mines of Ouro Preto, Brazil, where only 1 to 2 percent of all topaz are of gem quality, making it even more astonishing.

Whitney is one of the Smithsonian’s most prominent supporters, having contributed major pieces to the collections and provided significant financial backing for education, public programs and research. In 2013, she provided the National Museum of Natural History with its largest education donation to date: a $13 million gift in support of Q?rius (pronounced “curious”), which created the Coralyn W. Whitney Science Education Center. In 2009, she donated the 17-carat, color-changing Whitney Alexandrite to the National Gem Collection. She also established the Coralyn Wright Whitney Endowment to support research and activities related to the National Gem and Mineral Collection. Whitney is a member of the museum’s board. She and her husband, Dwight Gadd, have been members of the Smithsonian Gemstone Collectors Group since it was established in 2011.

Whitney received a Master of Science in statistics from Florida State University in 1975 and her doctorate in biostatistics from the University of Washington in 1990. She was formerly a research professor at the University of Washington in Seattle. Upon her retirement from academia, Whitney renewed a childhood passion for rock hunting and earned her graduate gemologist and accredited jewelry professional degrees from the Gemological Institute of America. Whitney is a significant benefactor of non-profits in the state of Washington, including the Forest Ridge School, the Woodland Park Zoo and the “Inspire Youth Project,” which offers emotional support and advocacy to at-risk children and youth.

About the National Gem Collection

The Smithsonian’s gem and mineral collection, with 10,000 gems and 375,000 mineral specimens, is one of the largest of its kind in the world. The collection is for exhibitions and scientific research. It traces its origins to the minerals that were bequeathed by James Smithson along with the money he designated to the United States to establish the Smithsonian Institution. The National Museum of Natural History received a donation of 1,316 gems in 1894, and in 1958, New York gem expert and jeweler Harry Winston gave the Hope Diamond, which encouraged more donations, resulting in the now-famous National Gem Collection—a must-see exhibition for Smithsonian visitors.