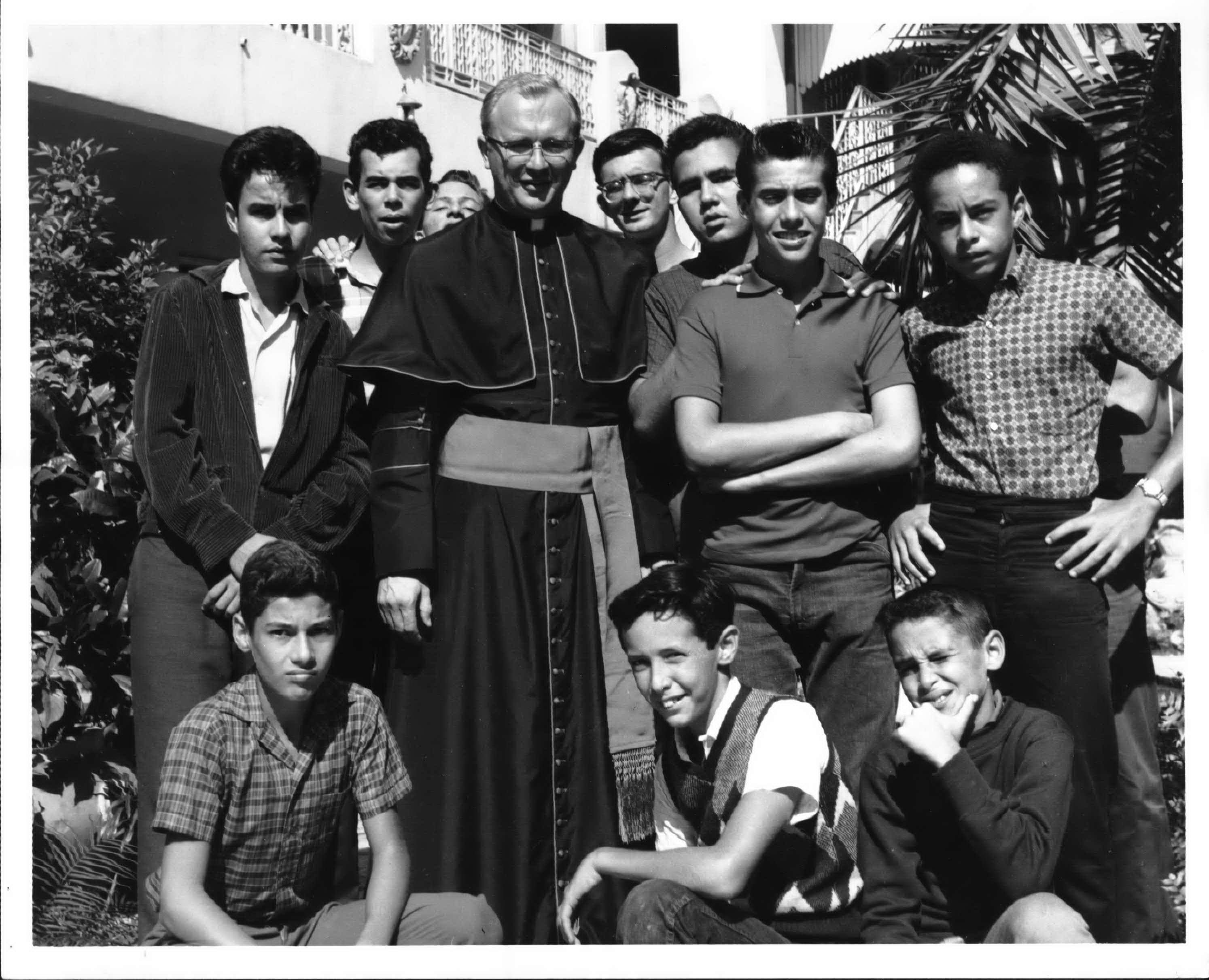 The Smithsonian presents “The Legacy of Operation Pedro Pan: A Roundtable Conversation” Tuesday, May 3, from 6:30 to 8 p.m. in the National Museum of American History’s Carmichael Auditorium. It is free and open to the public. Dick Lobo, director of the International Broadcasting Bureau, will guide a panel of Pedro Pan activists, including Emilio Cueto and Eloisa Echazabal and scholars Maria de los Angeles Torres, author of the Lost Apple: Operation Pedro Pan, Unaccompanied Cuban Children and the Promise of a Better Future, and Jackie Bhabha, director of Harvard University’s Human Rights Program, in a discussion about the legacy of this operation.

From 1960 to 1962 more than 14,000 unaccompanied Cuban children were brought to the United States through a U.S. government program. Initially it was aimed at children whose parents were fighting in the anti-Castro underground. Yet after the Bay of Pigs, repression in Cuba and intense anti-Castro propaganda led many Cuban families to decide to leave the island. However, since the 1961 break in relations between the two countries, there was no U.S. Embassy in Cuba to process visas. Through an arrangement with the Catholic Church, children were granted visa waivers that were distributed through an elaborate underground network on the island. Once in the United States, the minors claimed their parents. Minors who did not have relatives in the United States were under the care of the Catholic Church, which placed them in orphanages and foster homes. Minors would claim their parents, who usually arrived in the United States within six to nine months. However, after the 1962 Missile Crisis, the United States shut its doors and Cuba would not let anyone return. More than 8,000 minors were waiting for their parents. It was not until 1965, when Castro opened the port of Camarioca and President Lyndon B. Johnson established the Freedom Flights, that the doors were opened again.

This program is presented by the National Museum of American History and the Smithsonian Latino Center. Information at http://americanhistory.si.edu/events. For Smithsonian information, the public may call (202) 633-1000, (202) 357-1563 (TTY).