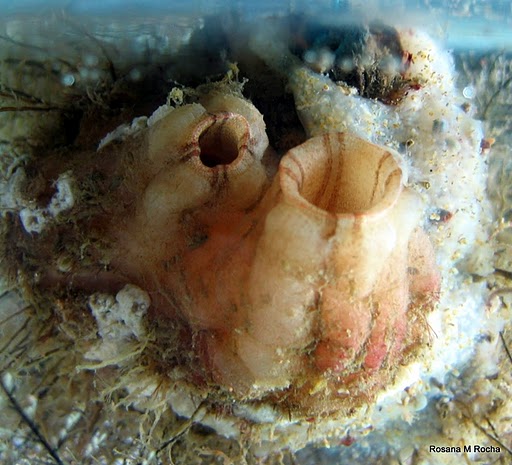 The rate of new marine invasions along U.S. coasts has risen sharply in recent decades due to human-aided introductions, often unintentional. Organisms can attach directly to the hulls of ships or be taken up and transported in ballast water (water used by large ships to provide stability and trim during sailing). They can also be introduced with imports of seafood, bait and packing materials. In addition, some species have been deliberately introduced to create new fisheries, though this practice is now very rare. As trade and globalization have increased, so has the opportunity for invasions.

No part of the country is untouched by non-native species. Although most people recognize a few of the common and conspicuous invaders in nearby waters, the full scope of invasions that lurk beneath the water often go unnoticed.

NEMESIS aims to provide comprehensive and synthetic information on hundreds of individual marine species in the continental United States. Created by SERC’s marine invasions lab, the database includes information on how and when invasions occurred, distribution maps and what is known about their impacts. For example, the tunicate Didemnum vexillum (commonly known as D. vex or “rock vomit”) has created serious problems on the West and East Coasts of the United States. This mat-like species grows rapidly and can completely cover aquaculture nets, shellfish beds and sensitive marine environments. The database also includes an interactive map of the U.S., where visitors can search for invaders impacting their own coastlines.

NEMESIS launched March 5 with tunicates, a group that includes the destructive rock vomit. Tunicates, also known as ascidians or sea squirts, are filter feeders that grow on hard surfaces such as docks, rocks or sandy marine sediments. Information for other groups of species will become publicly available over the next year as NEMESIS continues its rollout, starting with crabs, shrimp and crayfish.

NEMESIS was designed in partnership with the U.S. Geological Survey. NEMESIS focuses on invasions in marine and estuarine waters, while the USGS Nonindigenous Aquatic Species database focuses on invasions in freshwater habitats of the U.S. The complementary databases were designed to be compatible, allowing for joint syntheses across marine and freshwater habitats in the U.S.

The NEMESIS database is a long-term and dynamic program that will continue to grow over time. Records are updated regularly as new species are discovered and new research becomes available. For more information on NEMESIS or recent updates, visit the NEMESIS home page and the NEMESIS Interactive Invasions Map.