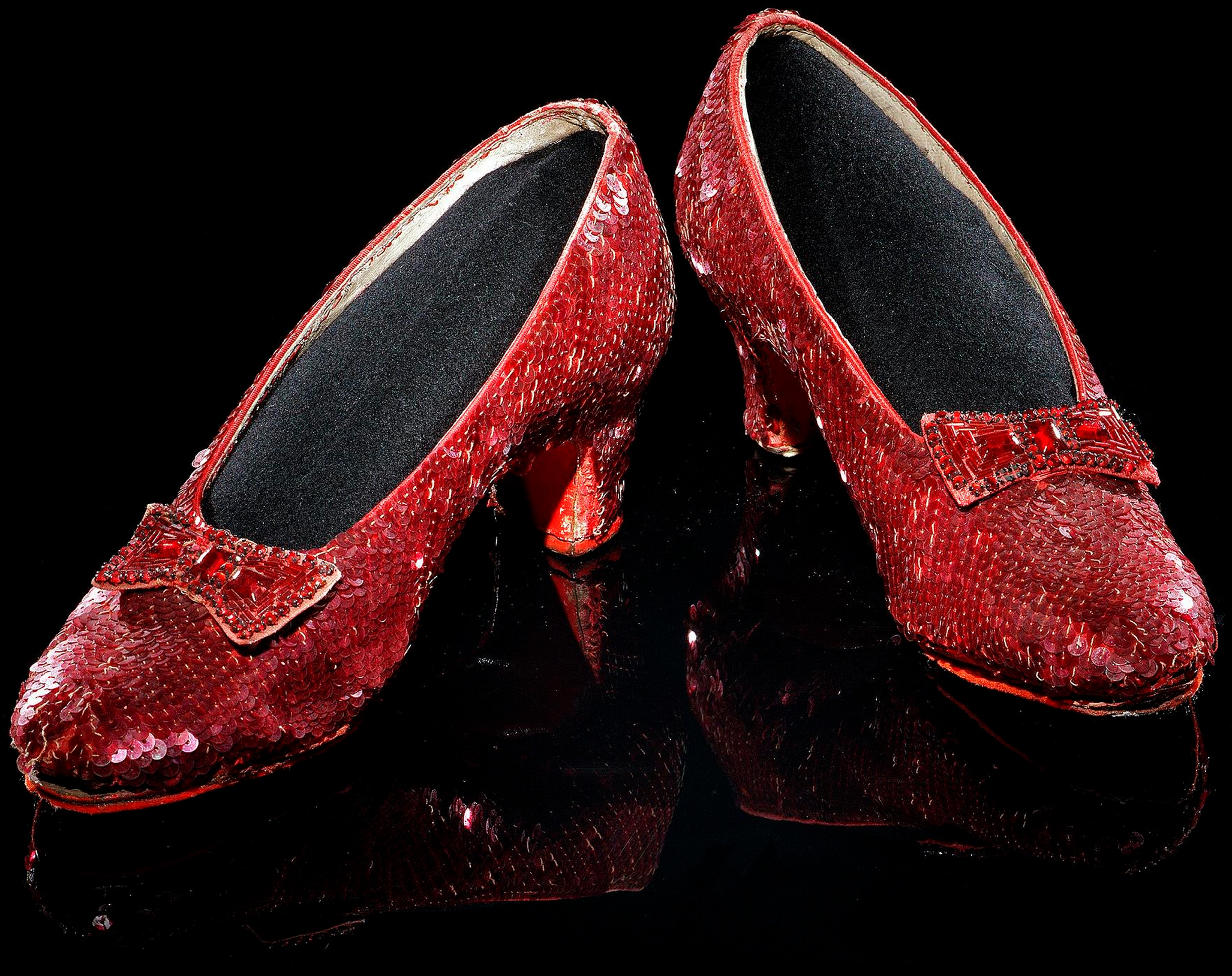 The Smithsonian’s National Museum of American History is heading down the Yellow Brick Road on a Kickstarter campaign to fund the conservation and display of Dorothy’s Ruby Slippers, made famous by the official landmark 1939 film The Wizard of Oz. The Ruby Slippers have become one of the most iconic artifacts in film history and one of the most asked about objects at the Smithsonian. They have been on view at the museum for three decades, and as a Smithsonian cornerstone, they are deserving of special care and attention as a beloved icon to so many.

On Oct. 17, the museum’s launched a Kickstarter goal of $300,000. The funds raised will be used for immediate conservation care and a new, state-of-the-art display case designed to protect them from environmental harm and slow their deterioration. Future plans call for the Ruby Slippers to move into a new exhibition on American popular culture, scheduled to open in 2018. The successful campaign ensures that millions more people can enjoy the Ruby Slippers for many generations to come. The public can back the project on the Kickstarter page, si.edu/kickstarter, and can follow the campaign on social media using the hashtag #KeepThemRuby. The campaign ends Nov. 16.

Multiple Tony Award-winning Broadway costume designer William Ivey Long is featured in a campaign video and has created an exclusive, custom Ruby Slippers design for many of the rewards for backers of the project. Long’s designs adorn rewards for contributions ranging from $10 to $100, including digital and printed posters, a decal, tote bag and t-shirt. Long will sign and “hand-glitterize” posters at the $500 reward level. Other rewards include a custom handcrafted and hand-sewn replica pair of the Ruby Slippers by Randy Struthers, a behind-the-scenes experience at the museum to see the conservation of the Ruby Slippers, and the opportunity to meet the museum’s curators and conservators.

The Wizard of Oz musical film is a fantasy tale about Kansas farm-girl Dorothy’s journey to a magical land, and it was based on the 1900 novel The Wonderful Wizard of Oz by L. Frank Baum (1856–1919). In addition to its many other merits, the film ranks as a milestone in the history of Technicolor because of its extensive color sequences set in the Land of Oz. The magical shoes, changed from the book’s silver slippers to those with an iridescent red hue, played a central role in the film. The Ruby Slippers were designed by Gilbert Adrian, M-G-M’s chief costume designer at the time. Adrian also designed the many costumes in The Wizard of Oz, including the Scarecrow costume, which is also in the Smithsonian’s collection. Adrian created multiple pairs of Ruby Slippers in total; the pair in the nation’s collection was worn by Dorothy as she followed the Yellow Brick Road.

Kickstarter has enabled the funding of more than 113,000 projects with the support of more than 11 million backers pledging over $2.6 billion since it began in 2009. It adheres to an all-or-nothing method: if the project succeeds in reaching its funding goal, all backers’ credit cards are charged when time expires. If the project falls short, no one is charged and no funds come to the museum. The inaugural Smithsonian Kickstarter project, “Reboot the Suit,” was mounted in July 2015 and supported the conservation, digitization and display of Neil Armstrong’s Apollo 11 spacesuit at the National Air and Space Museum. The campaign, which had an initial goal of $500,000, ultimately raised $719,779 and also realized the stretch goal of conserving and digitizing the space suit of Alan Shepherd, worn during the first American manned space flight in 1961.

Federal appropriations provide the foundation of the Smithsonian's operating budget and support core functions–safeguarding the collections, building operations and maintenance as well as staffing. However, the Smithsonian also relies on private donations to support many of its priorities, including the conservation and exhibition of precious objects such as the Ruby Slippers. The Smithsonian is counting on the participation of Kickstarter backers to fund the preservation work so the Slippers can be displayed in the new popular culture exhibition opening at the National Museum of American History in 2018.

Through incomparable collections, rigorous research and dynamic public outreach, the National Museum of American History explores the infinite richness and complexity of American history. It helps people understand the past in order to make sense of the present and shape a more humane future. The museum is continuing to renovate its west exhibition wing, developing galleries on democracy and culture. The museum is located on Constitution Avenue, between 12th and 14th streets N.W. Admission is free. For more information, visit http://americanhistory.si.edu. For Smithsonian information, the public may call (202) 633-1000.