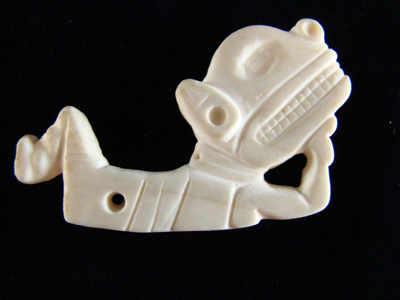 The Smithsonian Latino Center will host a second symposium on Caribbean indigeneity Friday, July 13, from 2 to 5 p.m. in Room 4018 on the fourth level of the National Museum of the American Indian. The event is free to the public but seating is limited.

As a follow-up to the first symposium, which was held in August 2011, presenters will share new findings from the field in the disciplines of archeology, history and genetics and will also explore themes from national iconography to rural traditions throughout the Caribbean. The goal is to explore the myriad ways indigenousness, particularly the consciousness of Taíno, is manifested in the Caribbean, where growing numbers of people of native descent are reclaiming their ancestral heritage.

“The circle has grown and there is a lot to discuss,” said José Barreiro, assistant director for research at the National Museum of the American Indian. “Previous participants have new research, and we are expanding with representations from Haiti, Jamaica and Belize.”

An exhibition and public program series on Caribbean Indigeneity is currently under development in collaboration with scholars from the United States and the Caribbean. For information call (202) 633-0925 or visit www.latino.si.edu.