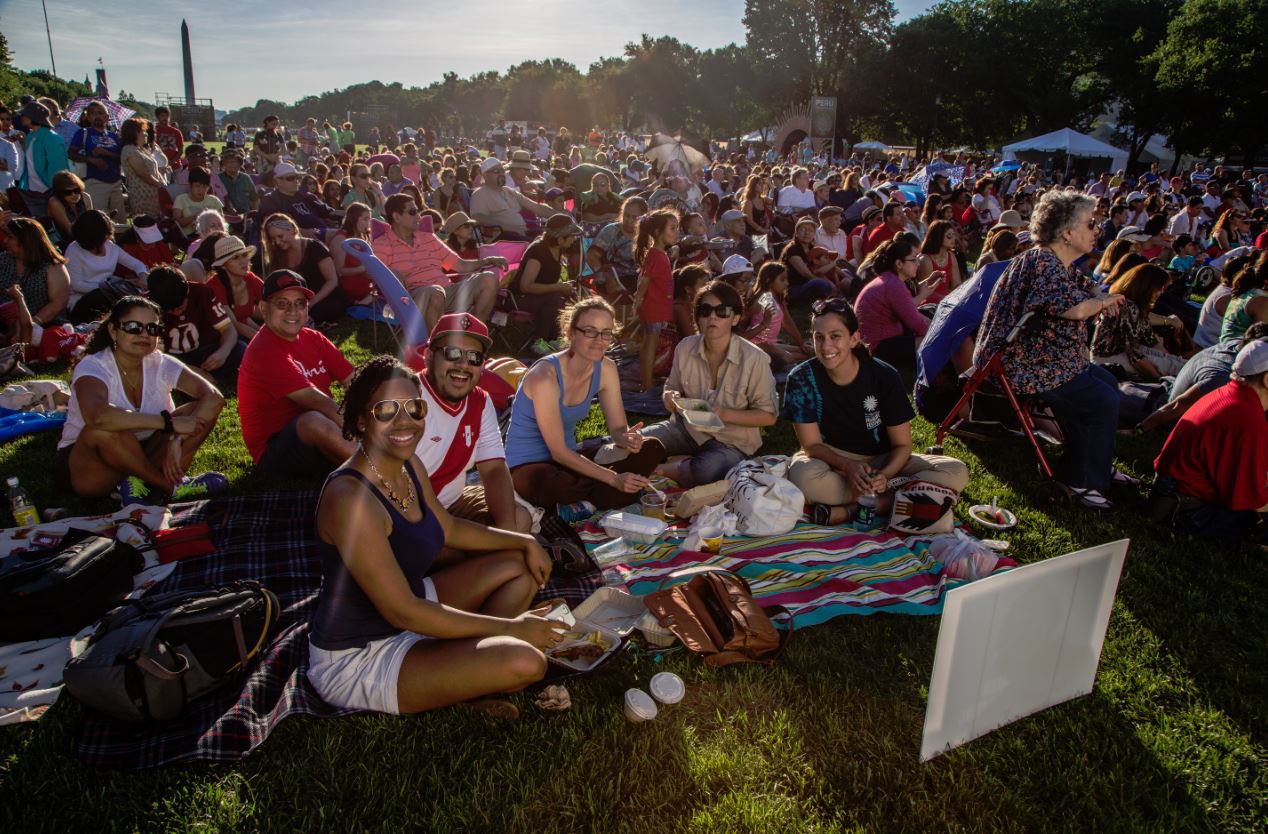 This summer, the Smithsonian Folklife Festival presents a series of “off-the-Mall” programs at venues across Washington, D.C. These live concerts, circus performances and public lectures, held in conjunction with its main event on the National Mall, will celebrate the Festival’s 50-year history of fostering cultural exploration, exchange and engagement.

Other events on the Millennium Stage are organized in conjunction with longtime Festival partners at the National Endowment for the Arts’ (NEA) Folk & Traditional Arts Program and the Library of Congress’ American Folklife Center. The BeauSoleil Quartet, led by NEA National Heritage Fellow and Cajun fiddler Michael Doucet, will perform Tuesday, June 27, bringing the lively and soulful music of Louisiana to Washington. Ledward “Led” Kaapana, master ukulele and slack key guitarist and 2011 NEA National Heritage Fellow, will perform on Wednesday, July 5, presenting the traditional style and repertoire of Kaapana’s home village in Kalapana, Hawaii.

In collaboration with the Southwest Business Improvement District, the Festival will also include afternoon performances in Hancock Park, located at C and Seventh streets S.W., across from the L’Enfant Plaza Metro. Performances will also take place in the arrivals area of Dulles International Airport. Visitors will also have the opportunity to engage with Festival participants at concerts and lectures at the Library of Congress. Together, these programs capture the spirit and vitality of activities found on the National Mall. A complete schedule of Related Events will be available online.

The Smithsonian Folklife Festival, inaugurated in 1967, honors contemporary living cultural traditions and celebrates those who practice and sustain them. Produced annually by the Smithsonian’s Center for Folklife and Cultural Heritage, the Festival has featured participants from all 50 states and more than 100 countries. Follow the Festival on Facebook, Twitter, Instagram and YouTube.