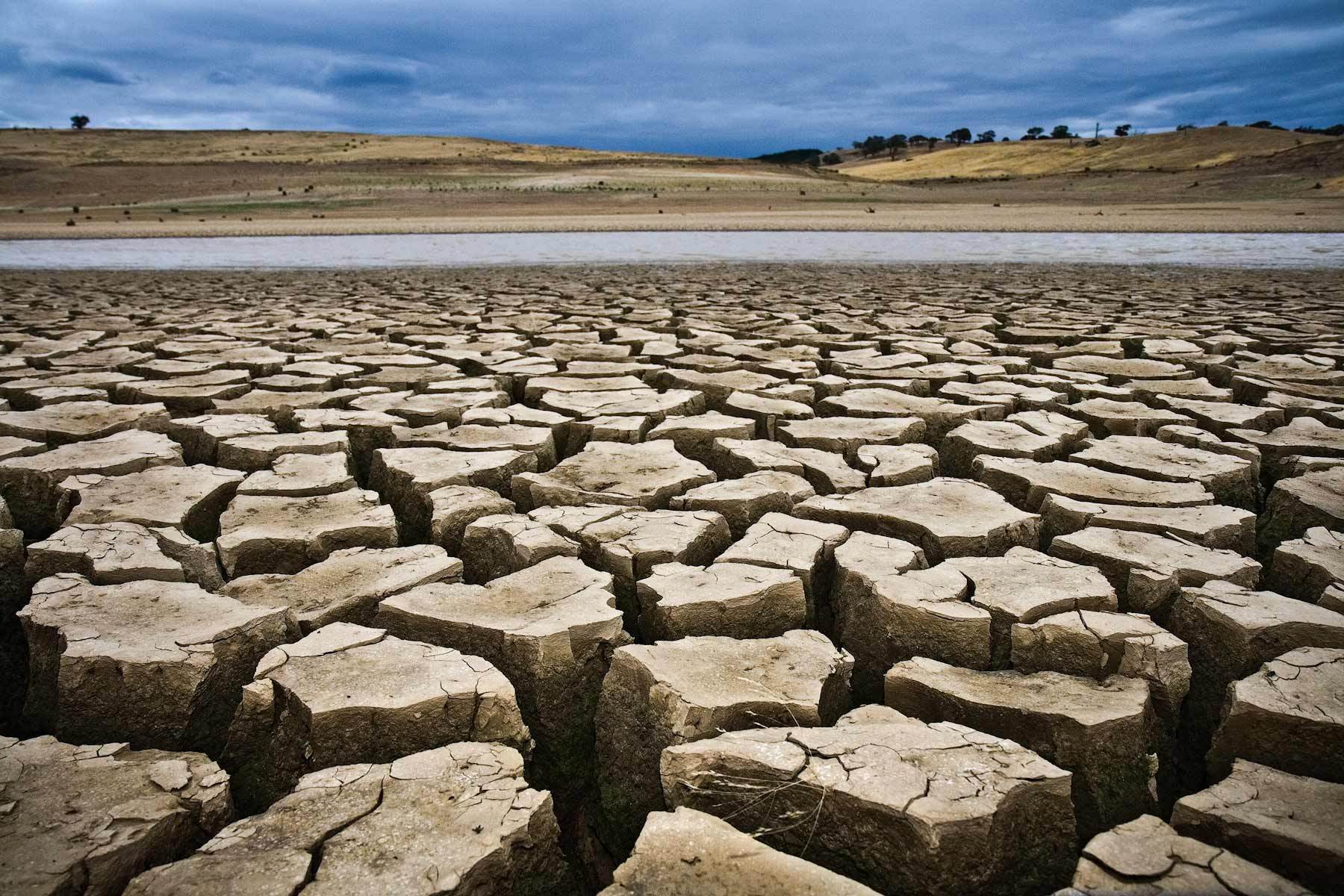 In a study published Sept. 28 in the journal Nature Plants, a team led by Smithsonian Conservation Biology Institute (SCBI) scientists found that bigger trees suffer the most during droughts, regardless of location or forest type. The team, including ecologists Kristina Anderson-Teixeira and Amy Bennett from SCBI, Nathan McDowell from Los Alamos National Laboratory and Craig Allen of USGS, analyzed 40 droughts in 38 forests across the globe, searching for size-related patterns in growth and mortality responses. The study included looking at the fates of hundreds of thousands of individual trees.

“This year is the hottest on record, and there are currently droughts all over the world, including the record-breaking drought in the western United States,” said Anderson-Teixeira, senior author on the study. “We’re currently experiencing a potentially record-breaking El Niño, which will cause droughts around the world. Trees will die, particularly the larger ones. This is an important study with very concerning present-day implications.”

As the world warms, forests everywhere experience more severe droughts. It is vital to understand how these droughts affect forests and might play into a feedback loop that affects the climate. This study found that, almost without exception, the growth of large trees slowed more than that of small trees, and there were greater increases in mortality for large trees. This was true of forests worldwide, ranging from New Mexico’s dry piñon-juniper woodlands to Panama’s lush tropical forests. Much of the forest data used in this study came from the Center for Tropical Forest Science-Forest Global Earth Observatory, a global Smithsonian-led network of forest research plots.

“Many of us in the scientific community have been saying that the biggest trees in our study systems are dying,” said Bennett. “But nobody has ever synthesized all the data. We combed through more than 200 studies incorporating more than 300,000 trees and found that, across the board, the big trees are dying more.”

In the absence of drought, small trees typically die more than large trees, yet 65 percent of the time when there was a drought, this pattern reversed and the larger trees died more frequently. This fate had been long suspected but never quantified until now. Other isolated studies found that larger trees are more vulnerable to drought, but this study is the first to look across the globe at trees in a range of ecosystems and find, quantitatively, no matter where they grow, the larger trees tend to suffer most.

Bigger trees have the challenge of delivering water to greater heights, working against both gravity and friction. During normal conditions, their height is an advantage: it gives them the best access to sunlight. But when conditions shift and droughts occur, their height becomes a liability. Sunlight turns into too much solar radiation and heats up their leaves, and the trees do not have enough water to draw up through their roots and cool off the leaves as they normally would. In addition, the bigger trees are more exposed to wind, which increases their water loss and decreases the humidity around them.

In contrast, smaller trees in the understory are protected from high winds and direct sunlight by the trees above them. The larger trees’ leaves help create a more humid microclimate, which protects the smaller trees from droughts.

Beyond this, larger trees store more carbon, which mitigates climate change; are homes to myriad smaller forest species; and can even draw water up from deep sources into the surrounding forest. They shape the whole forest. Their vulnerability during drought provides one more motivation to reduce the greenhouse gas emissions that drive climate change and drought.

Headquartered in Front Royal, Va., SCBI facilitates and promotes veterinary and reproductive research as well as conservation ecology programs based at Front Royal, the National Zoo and at field research stations and training sites worldwide. Its scientists are leaders in applying advanced biomedical approaches, including assisted reproductive technologies and germplasm cryopreservation, for enhancing the demographic and genetic diversity of endangered species. SCBI scientists train students to become leaders in the conservation field. The National Zoo and Conservation Biology Institute is a part of the Smithsonian Institution, the world’s largest museum and research complex.