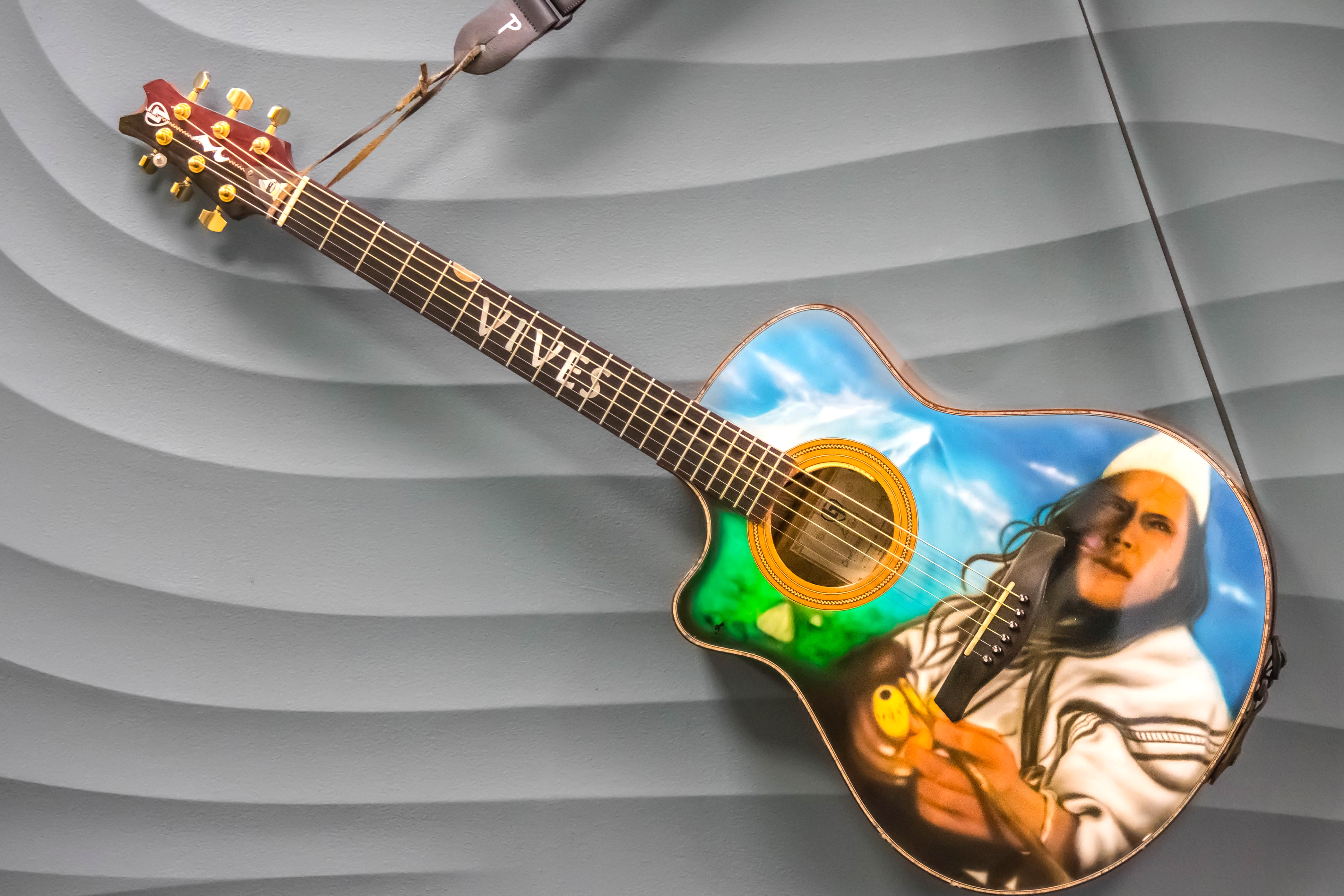 The Smithsonian’s National Museum of American History will acquire a guitar donated by Colombian Grammy Award-winning singer and composer Carlos Vives. The donation ceremony will take place at the residence of the ambassador of Colombia to the United States Juan Carlos Pinzón Nov. 22. The guitar will be part of the museum’s growing collection documenting Latino music and will join objects like Tito Puente’s timbales, Celia Cruz’s costumes and Mongo Santamaria’s drums.

Vives has significantly contributed to the world of music through his fusion of traditional vallenato with other genres, including pop and rock. He has sold more than 50 million records worldwide, has won two Grammy Awards and 11 Latin Grammy Awards. The guitar he is donating to the Smithsonain was handmade by Colombian luthier Leonardo Fabio Torres, who has made guitars for other Latino artists, including Juanes and Juan Luis Guerra. It features an airbrushed portrait by artist Camilo Restrepo of an Arhuaco, as the indigenous people from the Sierra Nevada in Colombia are known. Vives last played the guitar in concert at the Hollywood Bowl in Los Angeles Sept. 7.

“The National Museum of American History seeks to tell the stories of our nation, which include an understanding of our music,” said Stacey Kluck, curator in the Division of Culture and the Arts at the museum. “Central to this understanding are the contributions of Latinos to American music, and as such, we are committed to researching and acquiring new collections to help us better tell our stories.”

The National Museum of American History explores the infinite richness and complexity of American history through its collections and research. The museum helps people understand the past in order to make sense of the present and shape a more humane future. It is currently renovating its west exhibition wing, developing galleries on business, democracy and culture. The museum is located at 14th Street and Constitution Avenue N.W., and is open daily from 10 a.m. to 5:30 p.m. (closed Dec. 25). To learn more about the museum, check http://americanhistory.si.edu. Admission is free. For Smithsonian information, the public may call (202) 633-1000.