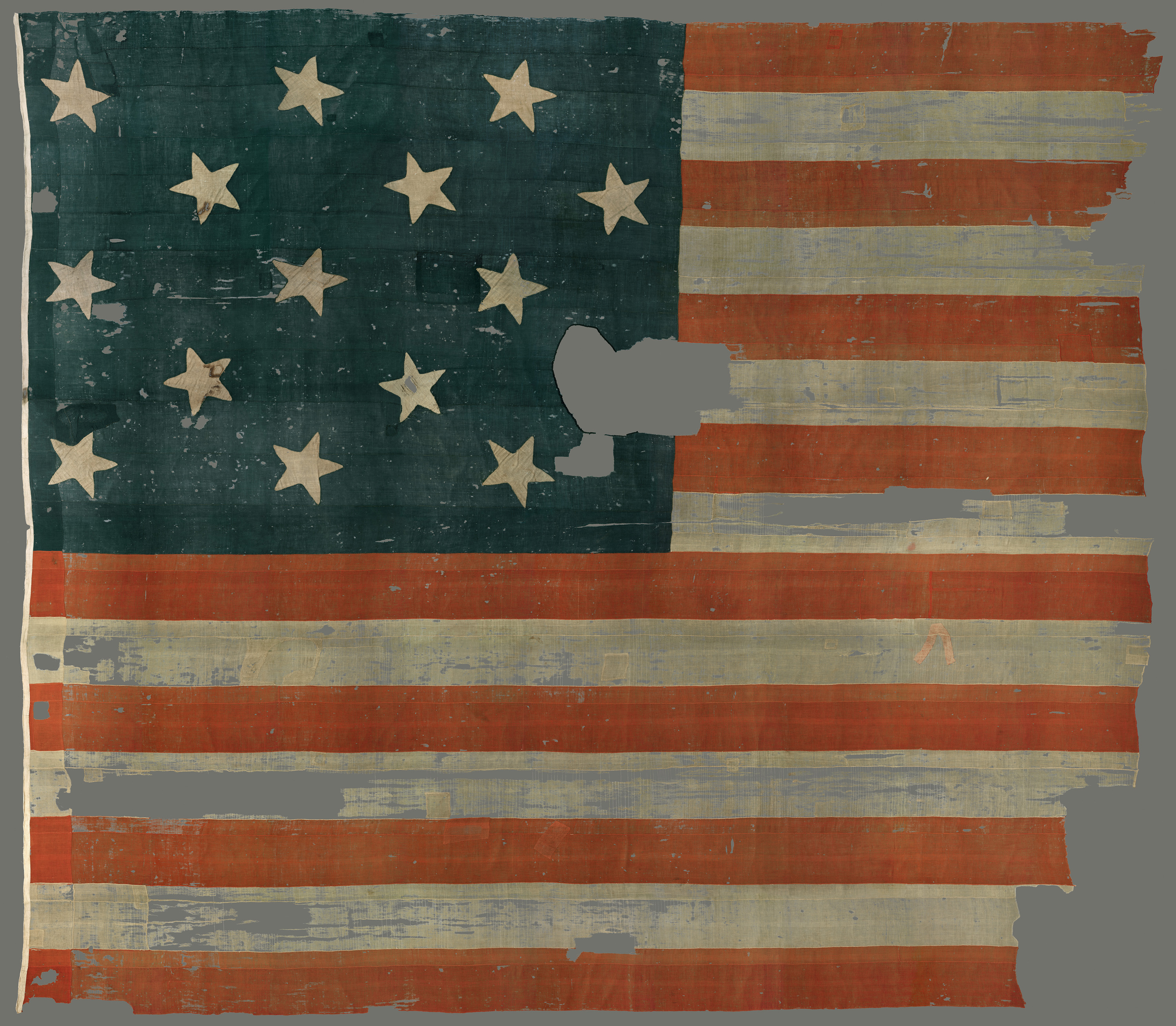 The Smithsonian’s National Museum of American History is joining with national partners to commemorate the 200th anniversary of the Star-Spangled Banner, the flag that inspired the national anthem. Festivities begin March 6, with a ceremony for the new Star-Spangled Banner Forever Stamp in partnership with the United States Postal Service. Continuing throughout the summer, events include the presentation of the James Smithson Bicentennial Medal to cultural icon Ralph Lauren and a naturalization ceremony; uniting the banner with Francis Scott Key’s original manuscript; a call to millions of Americans to participate in simultaneously singing the “Star-Spangled Banner”; and a cocktail program, “Raise a Glass to History,” in 15 cities.

The museum is proud to be the home of the flag that inspired lawyer Key in 1814, after the relentless but ultimately unsuccessful British bombardment of Baltimore’s Fort McHenry, to pen the lyrics to what later became the U.S. national anthem in 1931.

In June, the Smithsonian will present Lauren, the youngest son of immigrant parents, with the James Smithson Bicentennial Medal in a ceremony that also welcomes 15 new Americans. The medal recognizes Lauren’s lifetime contributions to American entrepreneurship, artistry, creativity and vision. Additionally, Lauren played a leadership role in the preservation of the Star-Spangled Banner. Established in 1965 to honor the 200th anniversary of Smithson’s birth, Lauren will be the 70th recipient of the medal since 1990.

The Maryland Historical Society is loaning Key’s original manuscript for a short-term display, from Flag Day, June 14, through July 6. According to Society President Burt Kummerow, the marriage of the two national treasures is a once-in-a-lifetime opportunity for visitors to Washington. The manuscript will be displayed within the flag’s environmentally controlled chamber, which depicts the flag as Key saw it, at “Dawn’s Early Light,” on the morning of Sept. 14, 1814. The museum is also working with the Maryland War of 1812 Bicentennial Commission to promote the flag’s and the anthem’s anniversary, culminating in September with the Star-Spangled Spectacular in Baltimore.

Also on Flag Day, the Smithsonian will invite Americans around the globe to join Raise It Up!, a worldwide commemoration of the flag and anthem. Raise it Up! Anthem for America will be a call to millions of Americans to simultaneously sing “The Star-Spangled Banner,” led by a celebrity artist on the National Mall, steps from the original flag. Groups and individuals can register their official participation and get tips on how to plan a Flag Day celebration at www.anthemforamerica.si.edu.

On June 15, the museum will kick off its “Raise a Glass to History” cocktail event, which will challenge mixologists across 15 cities to create beverages inspired by the Star-Spangled Banner.