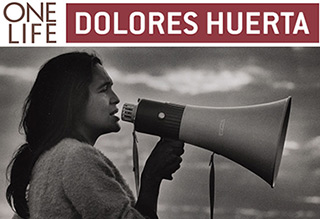 The Smithsonian invites the public to celebrate Hispanic Heritage Month (Sept. 15–Oct. 15) with a series of vibrant performances, lectures, family activities and exhibitions at various museums around the Smithsonian. All programs are free unless otherwise indicated. For a full calendar of events, visit www.SmithsonianEducation.org/Heritage.

The Smithsonian will present “Celebration of ‘The Great Inka Road’ Family Day” Sunday, Sept. 13, from 10 a.m. to 5 p.m. at the National Museum of the American Indian. This bilingual, museum-wide family day features Andean music and dance as well as Inka-related activities, including a “pop-up planetarium” showing the unique Inka constellations. A portion of the family day is made possible by Southwest Airlines and features ¡Descubra!, a Meet the Science Expert program activity supported by NBC Universal Telemundo and the Learning is Succeeding initiative.

The National Museum of American History will kick -off a national Latinos in Baseball collecting initiative with an Oct. 15 panel discussion moderated by Eduardo Díaz, director of the Smithsonian Latino Center. The discussion, “In the Barrios and the Big Leagues,” will look at baseball as a social and cultural force within Latino communities across the nation. Panelists include Adrian Burgos of the University of Illinois, Jose Alamillo and Cesar Caballero of California State University, and Sarah Gould and Priscilla Leiva of the University of Texas. The program begins at 6 p.m. in the museum’s Warner Bros. Theater.

Dolores Huerta will discuss her life and activism in a live interview with Taína Caragol, curator of Latino art and history at the National Portrait Gallery Thursday, Sept. 24, from 7 p.m. to 8 p.m. Doors to the museum’s Nan Tucker McEvoy Auditorium will open at 6:30 p.m.

The Anacostia Community Museum will host a talk and book signing Sunday, Oct. 11, at 2 p.m. Michael Donoghue will sign copies of his new book Borderland on the Isthmus, which examines the internal boundaries, conflicts and accommodations among the Panamanian people during the creation of the Panama Canal Zone.

The Anacostia Community Museum will present “Rhythm Café: Tribute to the Sound of Carlos Santana” during its monthly live jazz program Saturday, Oct. 10, at 2 p.m. The program will feature David Cole, who was influenced by the fused rock and Latin rhythms of Santana.

The Anacostia Community Museum will screen Rebel: Loreta Velazquez, Secret Soldier of the American Civil War, the PBS docudrama that brings to life the story of Loreta Velazquez, a Cuban-born woman who served in the Civil War disguised as a man. Scholars from the Civil War Trust will hold a Q&A after the film, Sunday, Sept. 27, at 2 p.m.

The National Portrait Gallery will host ¡Sí se puede!: Dolores Huerta Family Day Sunday, Oct. 4, from 11:30 a.m. to 3 p.m. to celebrate the work of teacher and activist Dolores Huerta. The day will include music, storytelling, family activities and bilingual tours of the exhibition “One Life: Dolores Huerta.”

The National Air and Space Museum will celebrate Latin American contributions to aviation and space exploration at its Hispanic Heritage Family Day: Innovators in Aviation and Space, Saturday, Oct. 3, 10 a.m.–3 p.m. Meet scientists and engineers—including a NASA astronaut—and participate in bilingual activities. The program is made possible by the Northrop Grumman Corp.

The National Museum of American History holds “Food Fridays.”  In each Food Friday program, a guest chef and a Smithsonian host prepare a recipe as they discuss the history of the dish. Throughout the month of September, Food Fridays will explore the cuisines of Spain, the Spanish Caribbean, Mexico and Central and South America. After the 45-minute demonstration, visitors can purchase a related dish in the museum’s Stars & Stripes Cafe. It complements the daylong festival, “Food History Weekend: Innovation on Your Plate,” Saturday, Oct. 24, 11 a.m. to 5 p.m. Activities on Saturday include cooking demonstrations by Pati Jinich of Pati’s Mexican Table and Neftali Duran of El Jardin Bakery in South Deerfield, Mass. Chef Duran discusses Oaxacan cooking and its place in American cuisine.

Opening on the occasion of the 50th anniversary of the Immigration and Nationality Act of 1965, the National Museum of American History presents “The 1965 Hart-Celler Act”. This display includes such Latino-related artifacts as an original United Farm Workers pin, a 1960s record album by the meringue band Primitivo y Su Combo and a shirt worn by a Cuban boy who was part of Operation Pedro Pan, which brought young people to the U.S. after Fidel Castro came to power.