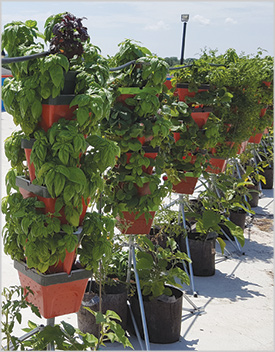 Vertical gardens are cropping up all over town, and can provide great inspirations for making one’s own space-saving green dreams a reality. Participants learn about the principles, technologies and techniques of this unique approach to growing herbs, flowers and produce from two local urban-farming pros: Niraj Ray, founder of Cultivate the City, which works with urban farmers, community gardens and schools, and Mary Ackley, founder of the Washington, D.C., urban farm Little Wild Things, which specializes in microgreens, salad greens and edible flowers grown on plots of less than a quarter acre.

Physicist Lawrence Krauss: Why Are We Here?

In his bestselling book, A Universe from Nothing, the internationally renowned theoretical physicist Lawrence Krauss revealed how the entire universe could arise from nothing. Now, Krauss draws on his blend of reason, rigorous research and engaging storytelling to present a dramatic story of the discovery of the hidden world of reality and the scientists who have helped to unravel its unexpected fabric.