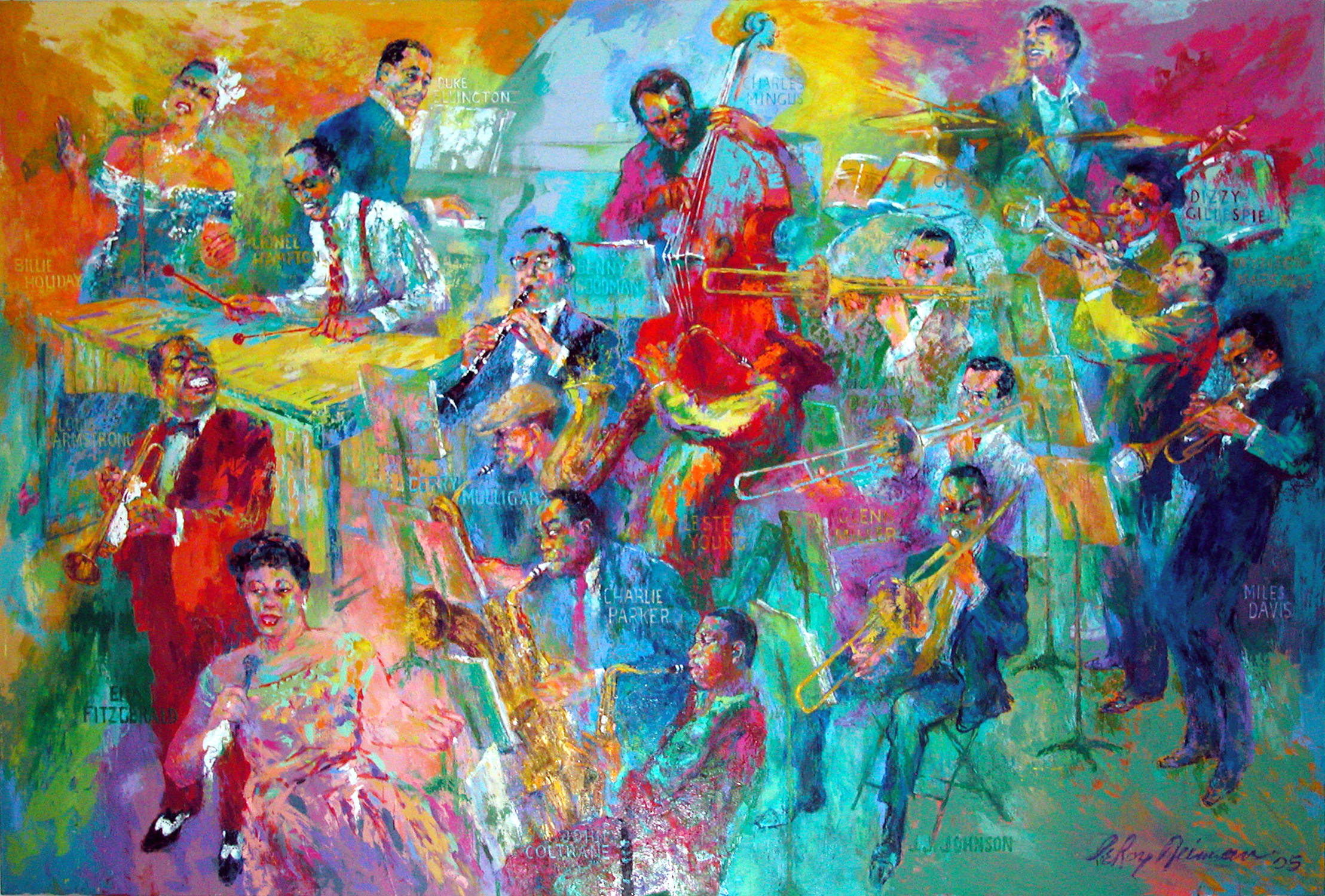 April is Jazz Appreciation Month, and the Smithsonian’s National Museum of American History will launch the celebration with a special announcement of the LeRoy Neiman Foundation’s donation of a $2.5 million endowment towards the expansion of jazz programming.

Artist LeRoy Neiman (1921–2012) was best known for colorful paintings and illustrations that presented scenes of sports and entertainment. Among his work is a distinctive body of paintings of American jazz legends and music of the 1950s to 1960s. He established the LeRoy Neiman Foundation in 1986 and donated more than $20 million to art institutions, and his legacy continues with financial support to the museum’s jazz programming, including today’s donation.

In addition, the foundation is donating Neiman’s painting, “Big Band,” an epic jazz mural he considered as one of the greatest in his career. The painting is 9-by-13 feet and features 18 iconic jazz musicians, and it will be unveiled just inside of the museum’s Constitution Avenue entrance.

On the site of this new installation, the museum will develop the LeRoy Neiman Jazz Cafe on the first floor of the museum by the Constitution Avenue entrance. Designed to be a permanent space to celebrate the museum’s jazz collections, visitors will be welcomed by Neiman’s “Big Band,” as they enter. A second phase of renovations, slated to open this fall, will include a newly redesigned interior and iconic jazz visuals from the museum’s jazz collections and JAM-related materials.

The museum will announce its new five-year plan for jazz programming, made possible by the Neiman Foundation gift, and the detailed calendar of jazz activities for April 2015, including a special performance in commemoration of Billy Strayhorn’s centennial by the Smithsonian Jazz Masterworks Orchestra (SJMO), the museum’s big band in residence.

As part of the JAM 2015 kickoff, the museum will also receive several other significant acquisitions, including the upright bass and archives of jazz musician and double bassist, Ray Brown, who is known for his work with Ella Fitzgerald, Oscar Peterson and others. In addition, the museum will receive the complete collection of the prodigious jazz photographer, Duncan Schiedt, as well as a print of the iconic Ella in Flight poster, also by Neiman.

This year’s JAM includes an array of programs in venues around Washington, D.C., exploring the themes of “Lush Life: Billy Strayhorn’s Centennial” and risk-taking in jazz. Highlights include the March 31 “Are Americans Risk-Takers?” conversation featuring 2015 Latin Jazz Grammy-award winner Arturo O’Farrill and the April 11 concert “Lush Life: Billy Strayhorn’s Centennial” by the SJMO. To download the museum’s complete schedule of events for JAM, visit: www.smithsonianjazz.org

The lead sponsor for JAM 2015 is the LeRoy Neiman Foundation. Additional funding is provided through a generous annual donation by the Argus Fund and continued support from the Ella Fitzgerald Charitable Foundation. JAM at the museum is supported by a diverse group of organizations, corporations and federal agencies through outreach, financial and in-kind support. The museum launched JAM in 2001 to pay tribute to jazz as a living and historic art form. It has since grown to include celebrations in all 50 states and 40 countries.

The National Museum of American History is home to unparalleled jazz collections, including 100,000 pages of Ellington’s unpublished music, John Coltrane’s saxophone, and Fitzgerald’s famous red dress. The 17-member SJMO, led by conductor and artistic director Charlie Young, explores the jazz masters who shaped the development of American jazz and defined is character. Information is available at www.sjmo.org.

Through incomparable collections, rigorous research and dynamic public outreach, the National Museum of American History explores the infinite richness and complexity of American history. For more information, visit http://americanhistory.si.edu. The museum is located on Constitution Avenue, between 12th and 14th streets N.W., and is open daily from 10 a.m. to 5:30 p.m. Admission is free. For Smithsonian information, the public may call (202) 633-1000.