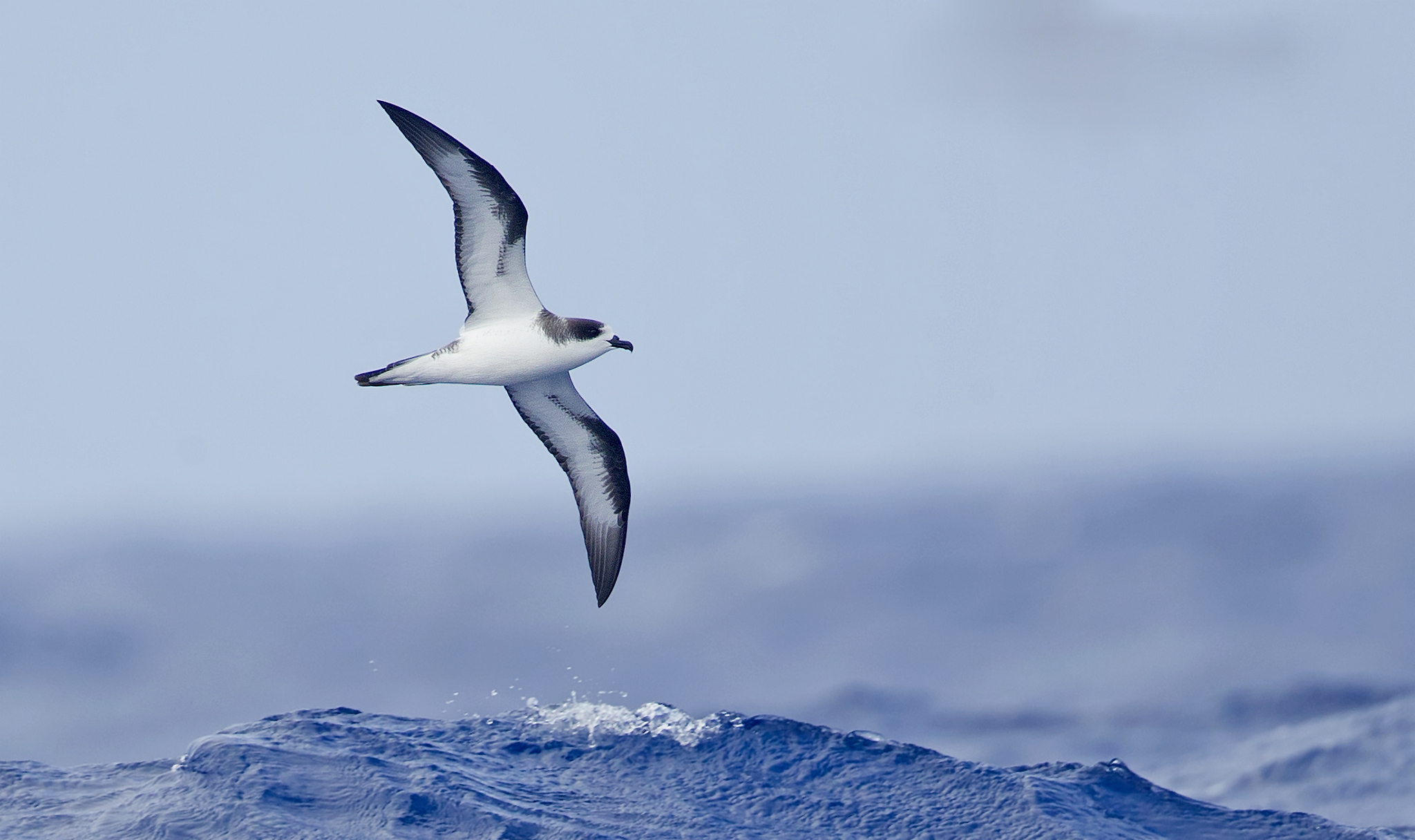 For thousands of years, the Hawaiian petrel has soared over the Pacific Ocean, feeding on fish and squid. Now, using evidence preserved in the birds’ bones, scientists at the Smithsonian’s National Museum of Natural History and Michigan State University have discovered that the now endangered seabird has experienced a significant shift in food resources most likely during the past 100 years—a disruption that may be due to industrial fishing practices.

The study, reported March 28, in the Proceedings of the Royal Society B, offers unique insight into how an ocean food web has changed since the onset of industrial fishing and other major human influences in oceanic ecology. It is difficult to survey vast expanses of open ocean to assess how human activities impact marine life far from shore, and data gathered from research vessels and fisheries in recent decades offer incomplete and inconsistent glimpses of the oceans’ past and present state.

“In order to understand the rapid change that’s going on globally now, we really need historical records to reconstruct how things have changed over time,” said Helen James, curator-in-charge of the museum’s bird collection. “But in the really remote oceans, there hasn’t been systematic data collection over a long period of time, especially before the 1950s.”

Petrels, however, have been collecting samples from the North Pacific for thousands of years. The birds fly thousands of miles in search of food, traveling between the equator to near the Aleutian Islands before returning to the Hawaiian Islands to breed. James says she likes to think of each bird as a drone that samples the food web across vast swaths of the North Pacific, leaving a snapshot of valuable data about its diet behind when it dies.

James, a paleontologist, makes regular trips to the Hawaiian Islands to recover that data. With collaborator Peggy Ostrom, a biogeochemist at Michigan State University, she has used the petrel bones she finds there to compare how the birds’ foraging habits have changed since humans began strongly influencing the ocean.

James, Ostrom and their collaborators studied the bones of modern petrels collected from breeding sites on the islands of Hawaii and Maui, as well as fossils in the museum’s collection from petrels that lived during periods dating back to before humans arrived on the islands.

To assess the structure of the birds’ food webs, they analyzed the nitrogen in the bones. Two forms, or isotopes, of nitrogen exist in all organisms, from the microscopic plankton at the bottom of the food web to top predators. When one organism is consumed by another, these two forms of nitrogen are incorporated into the predator’s body at different but predictable rates. As a result, scientists can analyze nitrogen isotopes to determine how many steps there are in a predator’s food chain.

In a 2013 study led by Anne Wiley, a graduate student in Ostrom’s lab (now a professor at the University of Akron), James and her collaborators analyzed nitrogen isotopes in the bone collagen of hundreds of petrels and detected a difference between birds from the past 100 years and those that lived in earlier periods. The team suspected a recent change in food resources had shortened the petrel’s food chain—a phenomenon known as a trophic decline. But other scientists pointed out that the result might have been caused by a change in the nitrogen source at the base of the food web instead.

To differentiate between the two possibilities, James and Ostrom collaborated with Yoshito Chikaraishi, then at the Japan Agency for Marine-Earth Science & Technology, to conduct a more precise analysis. In the new approach, protein from the petrel bones was separated into individual amino acids, which allowed Chikaraishi, now at Hokkaido University, to independently analyze phenylalanine, an amino acid in which nitrogen isotopes are associated with nutrient cycling at the base of the food web, and glutamic acid, an amino acid in which nitrogen isotopes change with each step in a food chain.

The results were clear. In populations from two islands, the petrels’ trophic level had declined over time. There was no evidence of a change in nitrogen processing at the base of the food web.

It is not clear whether Hawaiian petrels are feeding on smaller or different animals now and not prior to human influence, or whether the disruption occurred lower in their food chain. But it is clear that the food-web structure in the northern Pacific has changed.

“The bird is acting like a sentinel for what’s happening in the ocean,” Ostrom said. “Trophic structure is changing. And since this is a top predator that flies across the Pacific Ocean, that means that something at a pretty broad scale has occurred.”

According to the United Nations’ Food and Agriculture Organization, more than 1.9 million metric tons of food were removed from the Eastern Central Pacific (a region that includes Hawaii) in 2014. Such a depletion of limited resources could be responsible for the shift in the petrel’s food web, the scientists say.

Further studies of top predators will offer a more complete picture of nutrient changes in the open oceans and help scientists predict the consequences of continued increases in global fishing productivity. “As a curator, this study highlights one good reason we preserve historical specimens in natural history museums,” James said. “They represent an incredible record of ecological change that can help us understand the future.”

Funding for this study was provided by the National Science Foundation’s Division of Environmental Biology, the Geological Society of America, Michigan State University and the Smithsonian’s National Museum of Natural History.