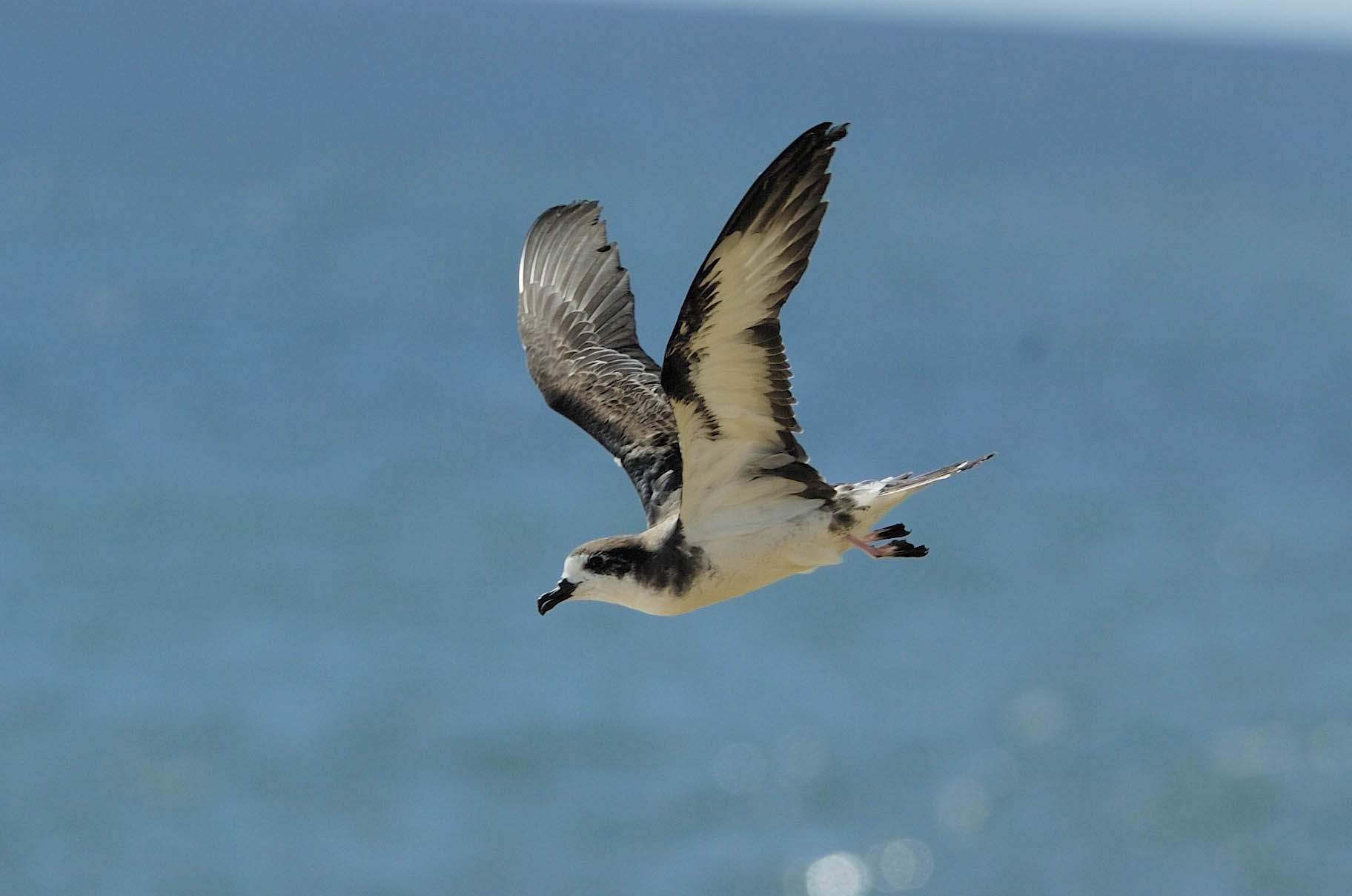 The impact of industrial fishing on coastal ecosystems has been studied for many years. But how it affects food webs in the open ocean―a vast region that covers almost half of the Earth’s surface―has not been very clear. So a team of Smithsonian and Michigan State University scientists and their colleagues looked to the ancient bones of seabirds for answers, revealing some of the dramatic changes that have happened within open-ocean food webs since the onset of industrial fishing. The team’s research is published this week in the Proceedings of the National Academy of Sciences.

Few records of species that live in the open ocean date back more than 60 years, and the sheer size of open-ocean regions makes their food webs difficult to study. The Hawaiian petrel (Pterodroma sandwichensis), a crow-sized oceanic bird, offered the team a solution. These birds range widely over the northeast Pacific, and their diets integrate food webs from that vast area.

What the petrels have eaten is recorded in the chemistry of their bones. By extracting protein from bones and feathers and studying stable isotopes of carbon and nitrogen in the protein, the scientists were able to assess the birds’ diet and how it changed over centuries. What they found from bones 100 to 4,000 years old were nitrogen isotope ratios that were consistently high, indicating a diet of relatively large prey. Those less than a century old, after industrial fishing started, had low ratios, revealing a shift to smaller fish, squid and other prey.

“The question is, have the effects of open-ocean fishing gone beyond targeted species, like tuna,” said Anne Wiley, lead author, Smithsonian postdoctoral researcher and former MSU doctoral student. “Our study is among the very first to show that it has, and because Hawaiian petrels eat such a wide variety of prey over a large area, our results suggest that fishery influence may be widespread and profound in the Pacific. Understanding the influence of fisheries on open-ocean food webs has been one of the great mysteries of biological oceanography.”

The team’s isotope records are unusual because they are from all the known populations of the species, which breed on different Hawaiian Islands. The records show that separate populations of Hawaiian petrels hunted in different areas of the open ocean for thousands of years. The scientists revealed a foraging shift in multiple Hawaiian petrel populations, emphasizing that the petrels’ diets changed across a very broad expanse of the ocean. This sudden shift in the past 100 years suggests a relatively rapid change in the composition of oceanic food webs in the Northeast Pacific.

“Conservation efforts for endangered seabirds take place mainly on land at breeding colonies where there are obvious threats like introduced predators,” said Helen James, coauthor and research zoologist at Smithsonian’s National Museum of Natural History. “Our study suggests we should pay more attention to the lives of these birds at sea.”

Further studies are needed to explore how the change in foraging is affecting the Hawaiian petrel. Similar shifts down the food chain in other species have been associated with decreases in population size―potentially a bad sign for the Hawaiian petrel, which already has a small population restricted to the Hawaiian islands and is listed as “vulnerable” by the International Union for Conservation of Nature and Natural Resources.