National Museum of American History and Zócalo Present “What It Means to Be American” Program
February 3, 2015
News Release 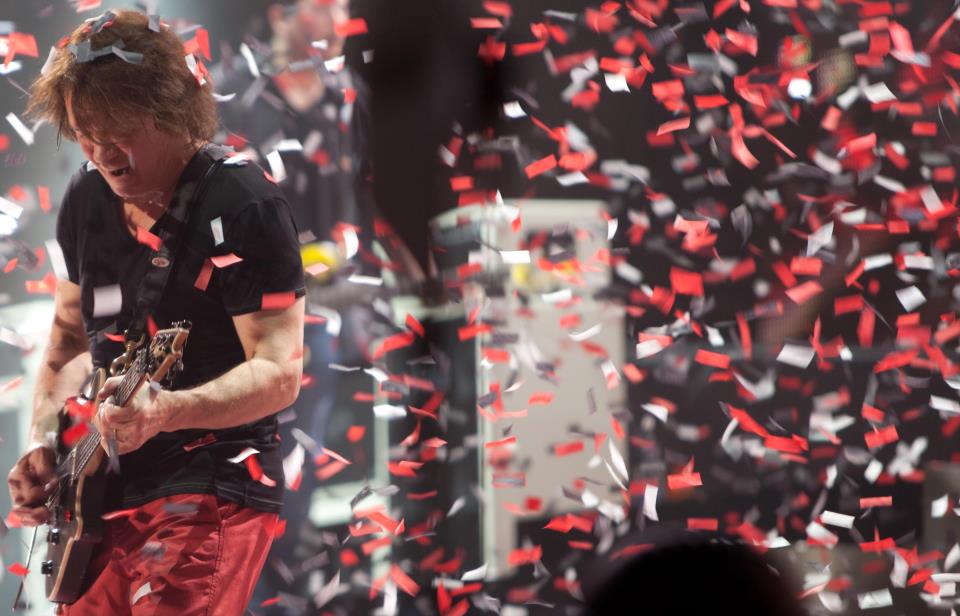 Guitar legend Eddie Van Halen will speak at the Smithsonian’s National Museum of American History and Zócalo Public Square Feb. 12 about innovation as part of the national “What It Means to Be American” program. The Dutch immigrant and naturalized U.S. citizen will discuss his American journey, his role in creating one of the biggest American rock bands of all time, how he has reinvented the way the guitar is played and designed, and he will answer the question, “Is rock ’n’' roll about reinvention?” Entertainment journalist Denise Quan will moderate the sold-out event.

Edward “Eddie” Van Halen (b. Jan. 26, 1955) is a Dutch American guitarist, keyboardist, songwriter, producer and self-taught inventor of guitar technology and technique that allows musicians to make sound in new ways. The Feb. 12 event is sold-out, and no public tickets are available. The event video may be accessed Feb. 13 at www.whatitmeanstobeamerican.org.

Best known as the lead guitarist and co-founder of Van Halen, Eddie Van Halen is recognized for his innovative performance and recording styles, two-hand tapping, scorching solos and energetic concerts. Van Halen has invented guitar technology, technique and instruments that have redefined how the guitar is played and heard.

For the event Van Halen and Fender will donate a master-built replica of Van Halen’s infamous white-with-black-stripe Stratocaster. This is the guitar that changed the guitar world in 1978 when Van Halen cross-pollinated Gibson electronics with Fender body and neck designs. To represent the path of progressions in his instrument designs, a Stealth-finished EVH Brand Wolfgang will also be included to represent his modern-day workhorse.

In addition to the guitars, Van Halen and Fender Musical Instruments Corp. will also donate an EVH Brand 5150-III amplifier and speaker cabinet to embody the journey and progression of his amplifier designs from the early ’70s through the modern day.

The National Museum of American History and Los Angeles-based Ideas Exchange Zócalo Public Square have partnered to present “What It Means to Be American,” a collaborative three-year initiative aimed at engaging leading thinkers, public figures and Americans from all walks of life to explore how the United States became the nation it is today.

The “What It Means to Be American” initiative will inform the museum’s upcoming exhibition projects centered on exploring the themes of democracy, immigration and migration, and the nation people build together. Additional events will take place in the museum’s Liberty Square, an interactive events space scheduled to open in 2016.

Through incomparable collections, rigorous research and dynamic public outreach, the National Museum of American History explores the richness and complexity of American history. The museum helps people understand the past in order to make sense of the present and shape a more humane future. The museum is located at 14th Street and Constitution Avenue N.W., and is open daily from 10 a.m. to 5:30 p.m. (closed Dec. 25). Admission is free. For more information, visit americanhistory.si.edu. For Smithsonian information, the public may call (202) 633-1000.

Zócalo Public Square, a proud affiliate of Arizona State University, is a not-for-profit Ideas Exchange that blends live events and humanities journalism. Zócalo partners with educational, cultural and philanthropic institutions, as well as public agencies, to present free events and conferences in cities across the U.S. and beyond and to publish original daily journalism that is syndicated to more than 160 media outlets.