Record-Setting Capsule, Pressure Suit and Parachute Donated to the Smithsonian 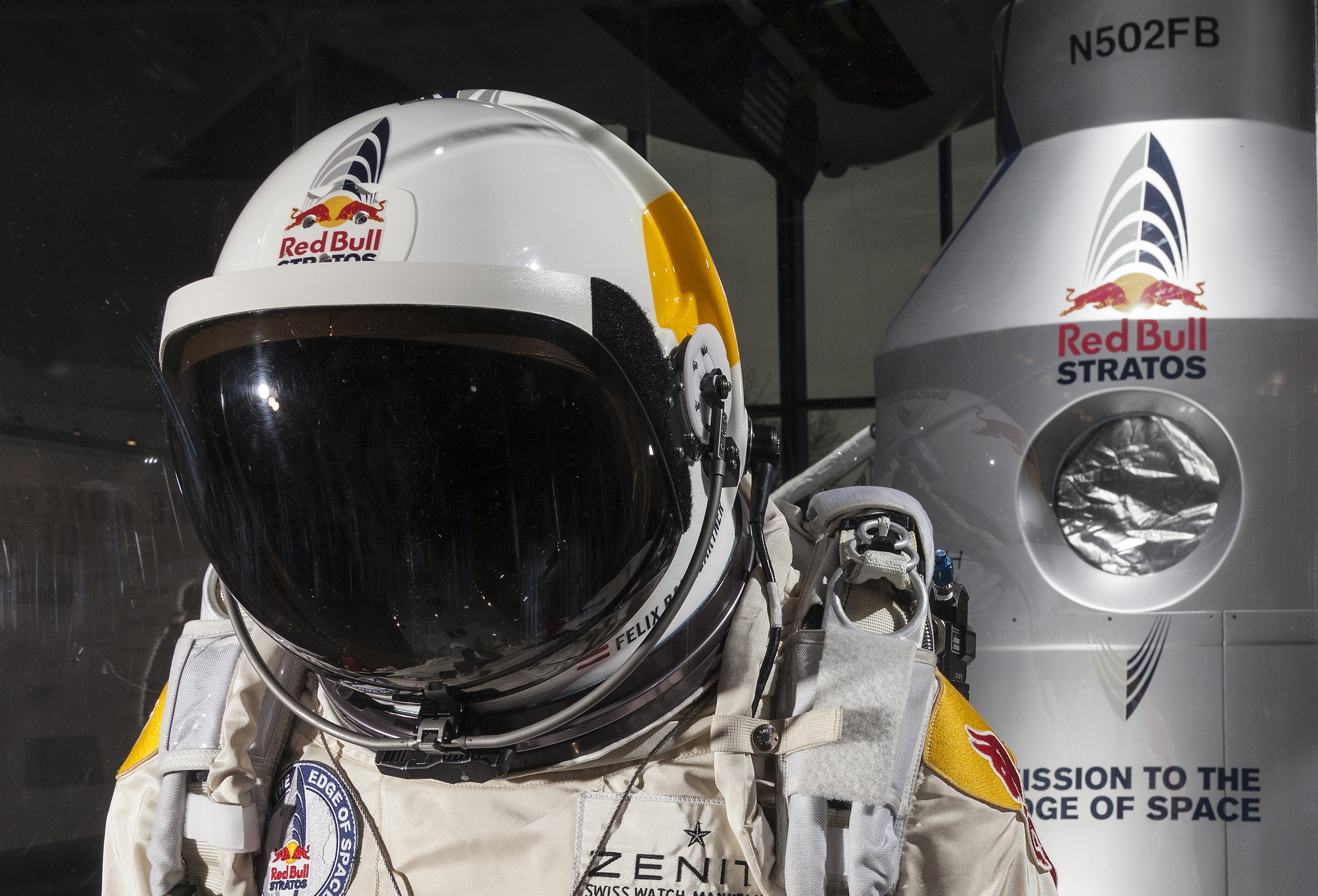 The capsule from which Austrian skydiver Felix Baumgartner jumped to Earth Oct. 14, 2012, is joining the permanent collection of the National Air and Space Museum. The capsule is featured in the exhibit, “Red Bull Stratos: Mission to the Edge of Space,” which will be on display at the museum in Washington, D.C., from April 2 until May 26. At the conclusion of the exhibit, Baumgartner’s capsule, pressure suit and parachute will be housed at the museum’s Steven F. Udvar-Hazy Center in Chantilly, Va.

Baumgartner’s record-breaking jump from a height of 24 miles (127,852 feet) at a speed of 843.6 mph (Mach 1.25), distinguished him as the first human to break the speed of sound in free fall. His jump occurred 65 years after test pilot Chuck Yeager broke the sound barrier flying an experimental rocket-powered airplane. Baumgartner also broke three other world records: highest altitude for a piloted balloon, highest free fall and longest-distance free fall, leaving the record for the longest time in free fall to retired Air Force Col. Joseph W. Kittinger who set the previous skydive record in 1960. Kittinger participated in the Red Bull Stratos project as capsule communicator.

“The gondola that carried Felix Baumgartner 24 miles up into the air, and the pressure suit and parachute that protected him on his way back down, are great additions to the museum’s collection of historic air and spacecraft that pushed the limits of technology and tested the human determination to achieve,” said Tom D. Crouch, the Smithsonian’s senior curator of aeronautics. Fully one-third of the museum’s collection of aircraft and spacecraft are “firsts” or associated with major historic events, or technological, scientific or cultural achievements.

The Red Bull Stratos Mission made contributions to aerospace safety and established Baumgartner in the record books. Achievements included the development of a new generation of space suits and parachute systems, the establishment of protocols for exposure to the extreme conditions of pressure and temperature and the study of the impact of supersonic acceleration and deceleration on the human body. In addition to the historic hardware, the exhibit includes audio-visual and interactive elements.

The National Air and Space Museum building on the National Mall in Washington, D.C., is located at Sixth Street and Independence Avenue S.W. The museum’s Steven F. Udvar-Hazy Center is located in Chantilly, Va., near Washington Dulles International Airport. Attendance at both buildings combined exceeded 8 million in 2013, making it the most visited museum in America. The museum’s research, collections, exhibitions and programs focus on aeronautical history, space history and planetary studies. Both buildings are open from 10 a.m. until 5:30 p.m. every day (closed Dec. 25).