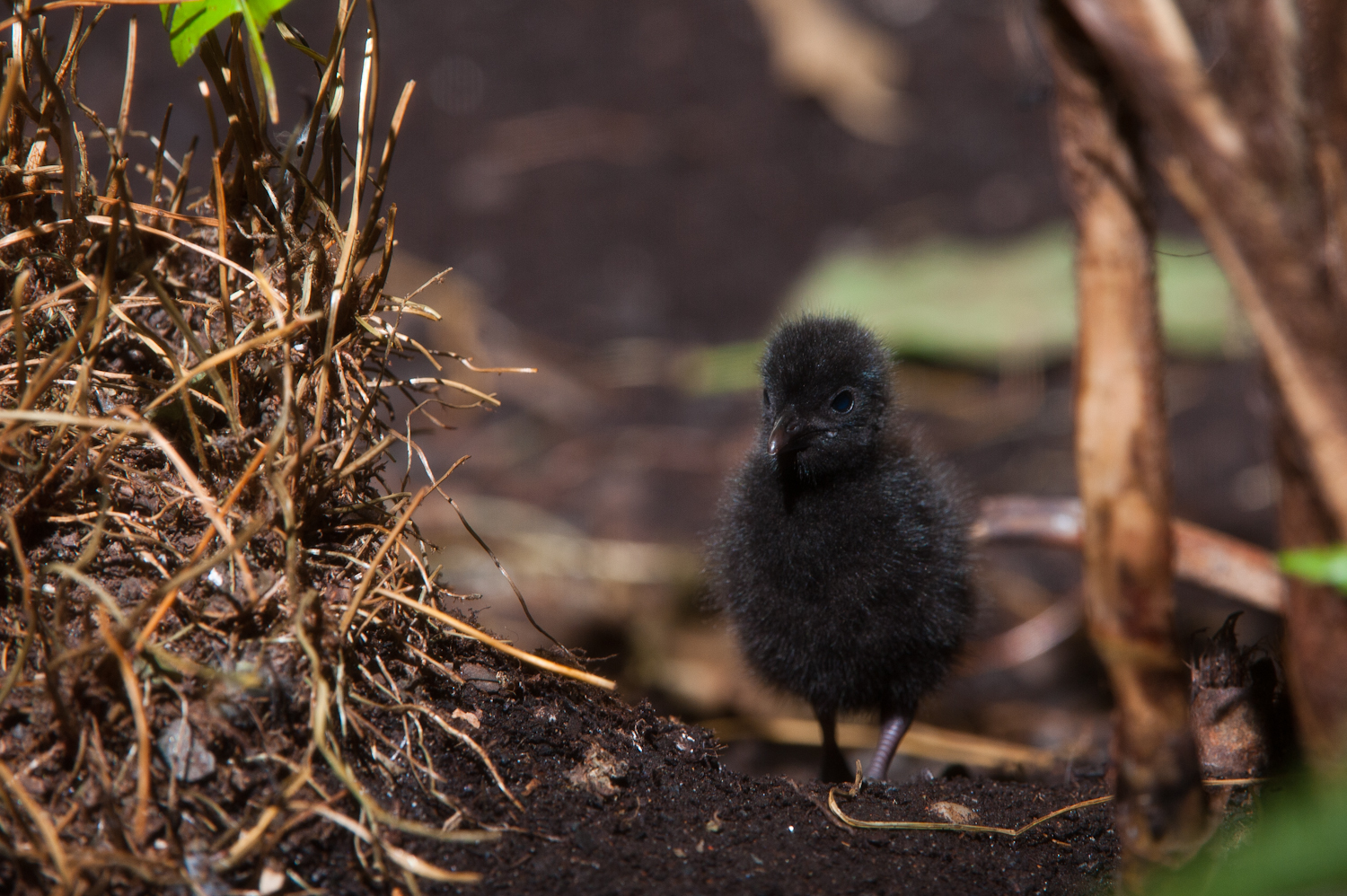 As Washington, D.C.’s unseasonably warm winter turns into spring, a baby boom is underway at the Smithsonian’s National Zoo. Two Guam rail (Gallirallus owstoni) chicks hatched March 3 and 4; they join six others in the Zoo’s collection—three of which live at the Smithsonian Conservation Biology Institute in Front Royal, Va. This brings the total population of these small, flightless birds to 162 individuals. Each hatching is significant—the International Union for Conservation of Nature lists these birds as extinct in the wild.

In about six weeks, keepers will separate the chicks from their parents, and Zoo veterinarians will perform a routine medical exam and take feather samples to determine their sexes.

To date, 82 chicks have hatched at the Zoo and SCBI, and each provides scientists with the opportunity to learn about the growth, reproduction, health and behavior of the species. The Zoo sent 29 Guam rails to the government of Guam for release and breeding, and an additional 25 birds have gone to other institutions to breed.

Guam rails flourished in Guam’s limestone forests and coconut plantations until the arrival of the brown tree snake (Boiga irregularis), an invasive species that stowed away in military equipment shipped from New Guinea after World War II. Because these reptiles had no natural predators on Guam, their numbers grew and they spread across the island quickly. Within three decades, they hunted Guam rails and eight other bird species to the brink of extinction.

In 1986, Guam’s Department of Aquatic and Wildlife Resources captured the country’s remaining 21 Guam rails and sent them to zoological institutions around the globe—including the National Zoo—as a hedge against extinction. The Association of Zoos and Aquariums created a Species Survival Plan for the birds. The SSP pairs males and females in order to maintain a genetically diverse and self-sustaining population.

Today, 118 Guam rails are thriving on two islands near the mainland: Rota and Cocos. The availability of release sites continues to shrink, however, due to deforestation and human expansion. Controlling the brown snake population remains a significant challenge as well, though researchers have made progress in developing a variety of barriers, traps and toxicants. Forty-four birds reside in zoos and other facilities in North America. Visitors to the Smithsonian’s National Zoo can see these birds on exhibit in the Bird House. In stark contrast to their brown-and-white-plumaged parents, Guam rail chicks sport black downy feathers.