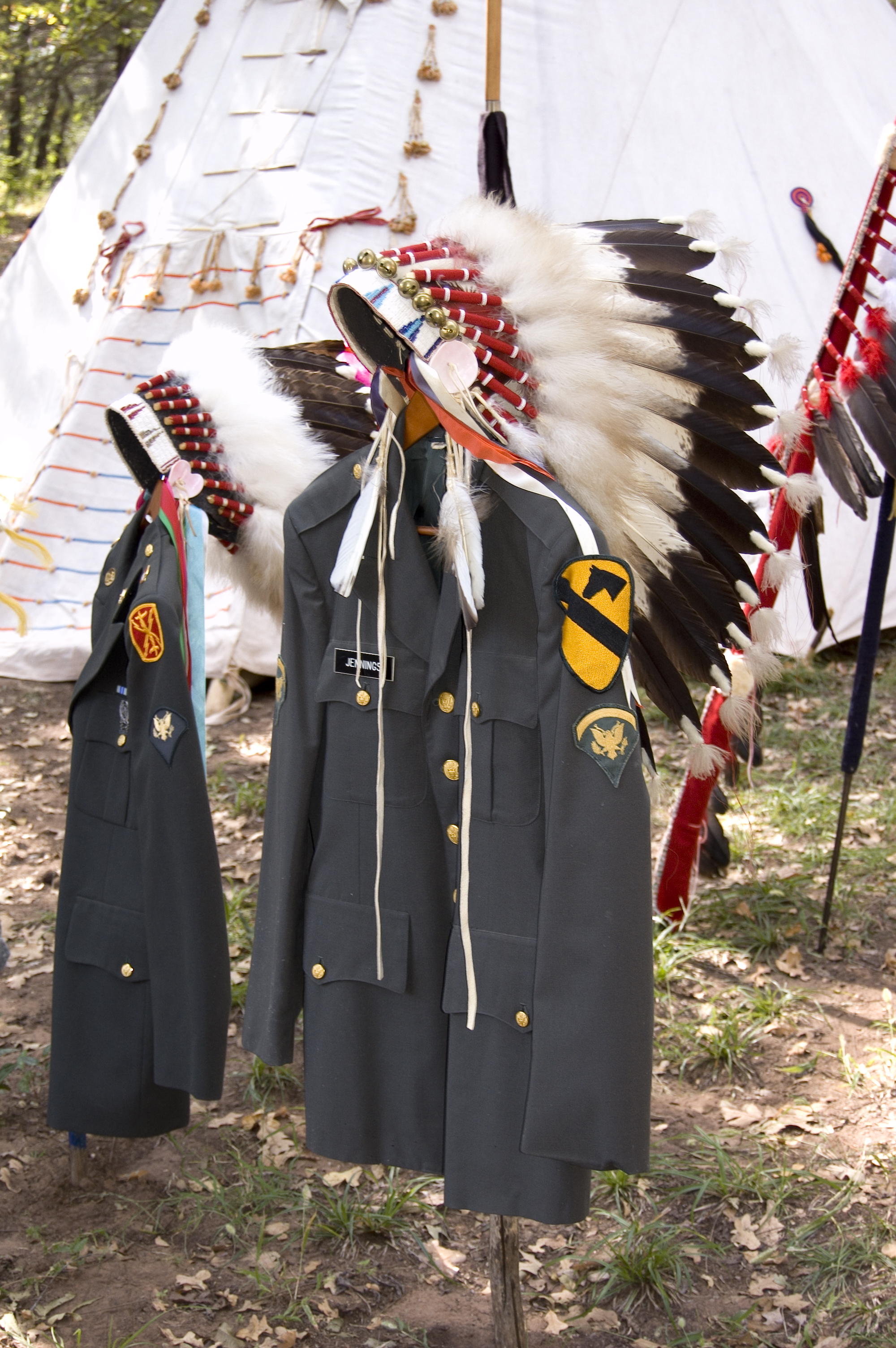 In honor of Memorial Day, the Smithsonian’s National Museum of the American Indian, George Gustav Heye Center will host the New York City debut of the museum’s newest traveling banner exhibition, “Patriot Nations: Native Americans in Our Nation’s Armed Forces.” The weeklong presentation begins Thursday, May 25, and will run through Wednesday, May 31, in the center’s second-floor rotunda. The exhibition will also be presented during the Independence Day (June 29 to July 5) and Veterans Day (Nov. 9 to 15) holidays.

“The history of the United States, its military and the conflicts it has seen is incomplete without recognizing the role of Native servicemembers,” said Kevin Gover (Pawnee), museum director. “‘Patriot Nations’ provides an educational foundation to the subject that is engaging, approachable and noteworthy. We are proud to share this exhibition with New York City during the times when we as a nation come together to honor the sacrifices of all military members, past and present.”

Native Americans have served in the nation’s military since colonial times and serve today at a higher rate in proportion to their population than any other ethnic group. “Patriot Nations: Native Americans in Our Nation’s Armed Forces” reveals the remarkable history of Native American veterans through art, photography and essays. The 16-panel exhibition documents 250 years of Native peoples’ contributions in U.S. military history.

“Patriot Nations: Native Americans in Our Nation’s Armed Forces” is made possible through the support of the San Manuel Band of Mission Indians.