Partners in the Sky: Aviation and Aerospace Industry Leaders Join the Smithsonian in Worldwide Conservation Efforts 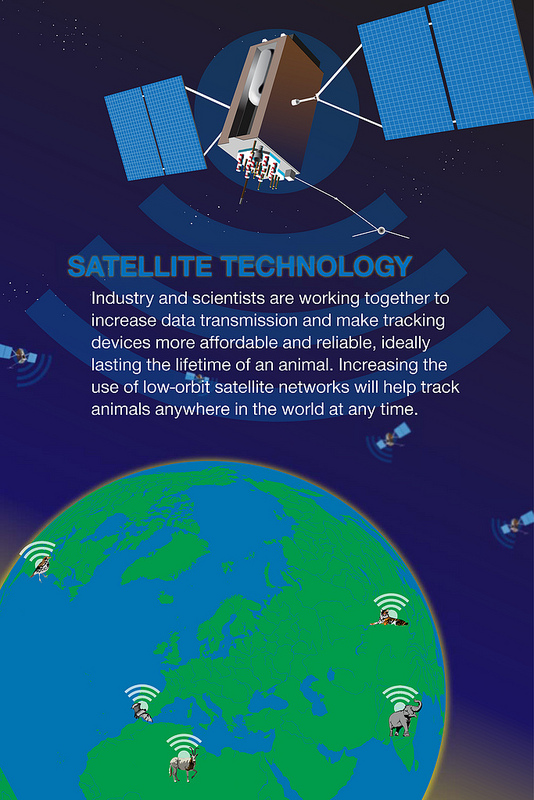 Unlocking the mysteries of animal migration through precise, near real-time tracking can solve major conservation challenges and transform wildlife science worldwide. For the past year, scientists at the Smithsonian Conservation Biology Institute have been working with aviation and aerospace leaders, led by Airbus, to launch the “Partners in the Sky” program using aviation and aerospace technology to create a first-of-its-kind global animal-tracking system.

“By bringing together the scientific expertise of the Smithsonian with this roster of partners and their technological assets, we will take a quantum leap forward in our understanding of migration and make a real and lasting impact on biodiversity,” said Steve Monfort, director of SCBI. “Our Partners in the Sky initiative is an example of the public and private sectors sharing responsibility to take on a worldwide conservation challenge.”

Allan McArtor, chairman of Airbus Americas, learned of the technical challenges facing scientists tracking animals and knew industry could provide solutions. “Aviation and aerospace companies deploy similar technologies and programs every day—whether in satellite navigation, communication and surveillance or in high-fidelity tracking,” said McArtor. “No industry is better positioned to help the public sector transform wildlife conservation and make a difference in the health of our planet.”

Movement of animals is essential to maintaining ecosystems and ultimately a healthy planet. Migrations are common among more than 6,000 species and occur almost everywhere in the world, often spanning thousands of miles. More than 90 percent of the globe’s wildlife is too small to track. For larger species like elephants, conservation-tracking technologies are prohibitively expensive, have high failure rates and are limited in range and resolution.

SCBI scientists are leaders in studying animal movement and its consequences for species, communities and ecosystems. A comprehensive tracking program that SCBI can share across the conservation community has enormous potential. Integrating that information with key environmental and satellite data from other sources, potentially through one platform, will help scientists pinpoint what drives animal movement. The worldwide conservation community could track animals over their lifetime, discover unknown migration routes, understand the spread of infectious disease, reduce human–animal conflicts, combat poaching, pinpoint the root causes of migratory bird population declines and save species from extinction.

The Partners in the Sky program is still in its beginning stages: expanding the markets to make the satellite solution affordable; developing high-power, 1-gram tracking devices; and engineering, building and certifying aircraft antenna to pick up tagged wildlife on overfly routes.

To showcase the potential of the technology, the Zoo’s Asian elephant Shanthi and elephants in the wild at the Centre for Conservation and Research in Sri Lanka, have been collared with tracking devices. Using the Iridium satellite constellation, their positions will be displayed on a kiosk at the Elephant Community Center and on the Zoo’s website. Position reports from three recently tagged black-crowned night herons will also be included, marking the first time that scientists will know the migratory route and winter destinations of these birds after they leave the National Zoo each summer. An “Animal Trax” module will be integrated into the Zoo’s existing App in early 2014.  Through “Animal Trax,” users can keep track of the movements of their favorite animal.