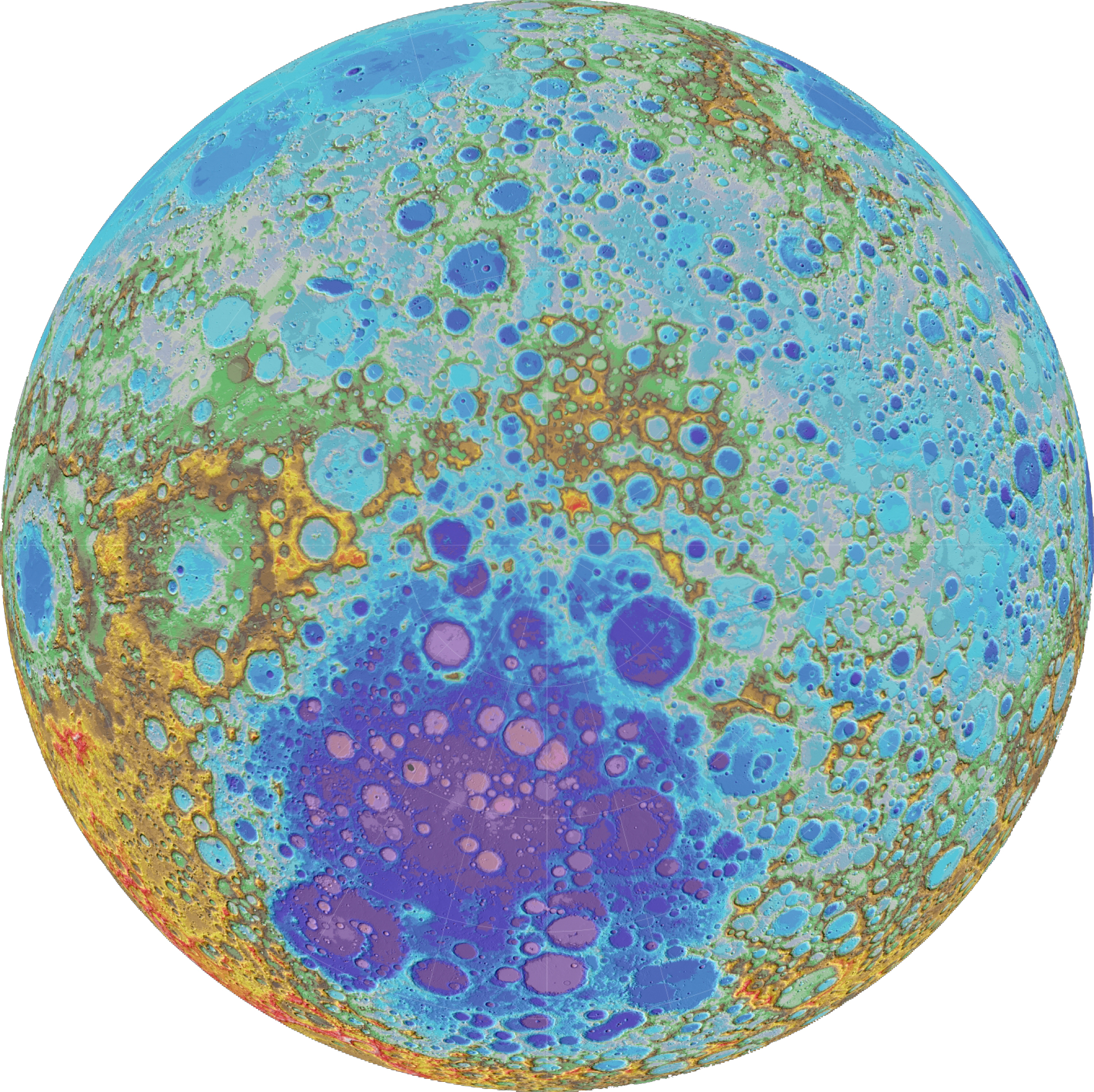 The National Air and Space Museum will open its newest exhibition, “A New Moon Rises: New Views from the Lunar Reconnaissance Orbiter Camera,” Feb. 26, displaying dramatic landscapes of the moon captured by the Lunar Reconnaissance Orbiter Camera (LROC). The images showcase everything from Apollo landing sites to majestic mountains that rise out of the darkness of the lunar poles. The exhibition will be open through December at the museum in Washington, D.C.

The 61 large prints in the exhibition reveal a celestial neighbor that is surprisingly dynamic and full of grandeur and wonder. The more than a million images from LROC are reshaping scientists’ understanding of the moon. They reveal newly formed impact craters, recent volcanic activity and a crust that is fractured by the shrinking of a still-cooling interior.

“Most people do not realize that the moon is still a very active place, and that it has breathtaking landscapes that are both familiar and alien,” said Tom Watters, senior scientist at the museum’s Center for Earth and Planetary Studies and curator of the exhibition. “All of this is evident from the images LROC has taken and that are displayed in this exhibition.”

NASA launched the Lunar Reconnaissance Orbiter in 2009, and it is managed by NASA’s Goddard Space Flight Center. Part of its primary mission is to help prepare NASA to send astronauts back to the moon; its other mission is scientific research, exploring Earth’s nearest celestial neighbor in ways never before possible. Mark Robinson at Arizona State University’s School of Earth and Space Exploration is LROC’s principal investigator, and he partnered with the museum to make the exhibition possible.

“To me, the LROC images reveal the moon to be a mysterious and beautiful place, a whole world just three days away,” said Robinson. “It is my hope that visitors will walk away from the exhibition excited about the moon. Continued lunar exploration will answer many fundamental science questions, provide natural resources and renew our sense of place in the universe. A return to the moon is our pathway to human exploration of Mars and beyond, and LROC is leading the way.”

“A New Moon Rises” is divided into six themes: Global Views, Exploration Sites, Discoveries, Vistas, Topography and Craters. These themes helped to determine which of the thousands of images taken by the LROC would be chosen for display. Visitors will also see new images from LROC projected on a large screen that will be updated daily. The exhibition includes a display of spare LROC cameras and a large 3-D model of a young lunar crater.

The exhibition is made possible by the support of NASA and Arizona State University.