New Exhibition “Murder Is Her Hobby: Frances Glessner Lee and The Nutshell Studies of Unexplained Death” Opens Oct. 20 at the Renwick Gallery 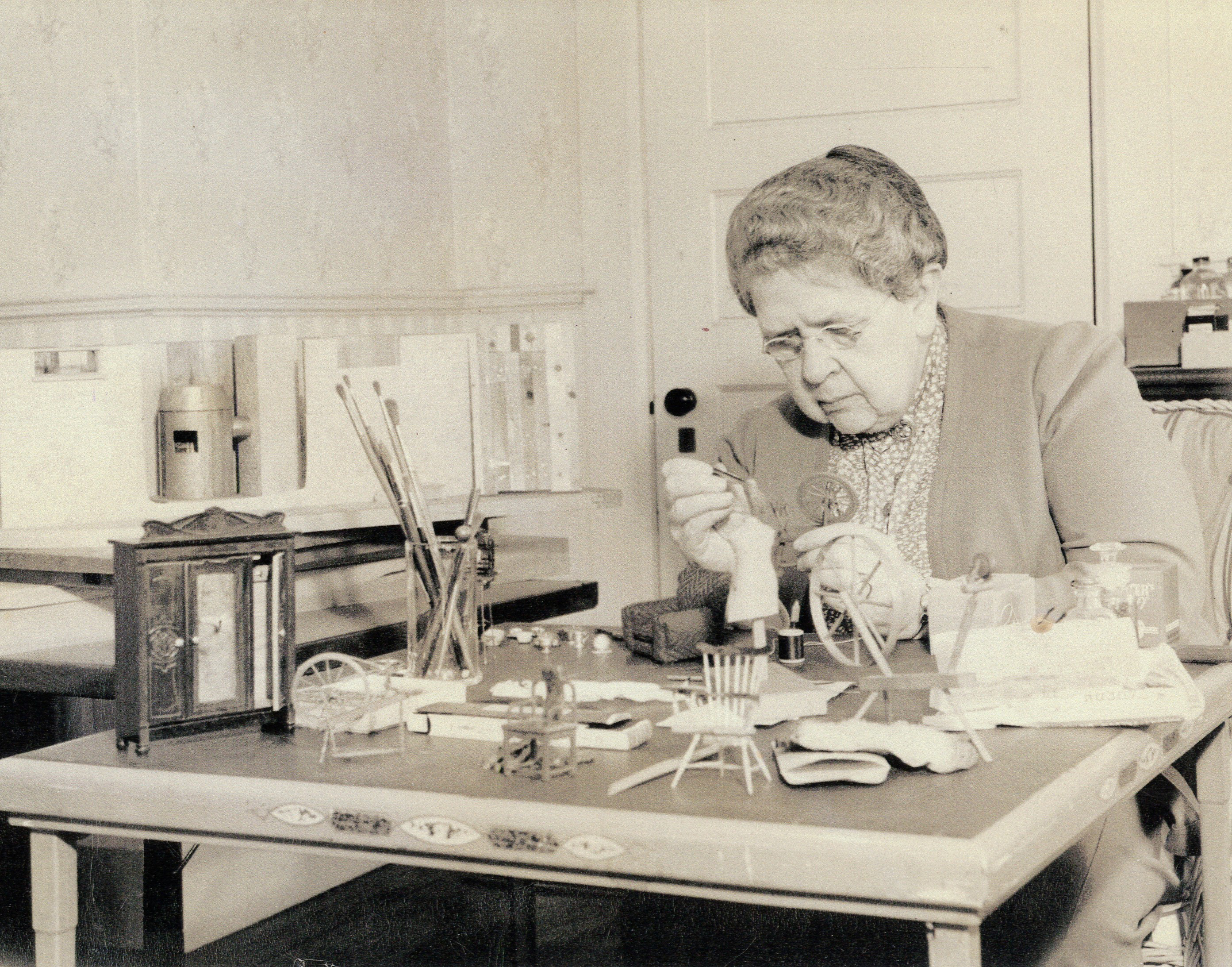 “Murder Is Her Hobby: Frances Glessner Lee and The Nutshell Studies of Unexplained Death” explores the surprising intersection between craft and forensic science. Frances Glessner Lee (1878–1962) crafted her extraordinary “Nutshell Studies of Unexplained Death”—exquisitely detailed miniature crime scenes—to train homicide investigators to “convict the guilty, clear the innocent, and find the truth in a nutshell.” These dollhouse-sized diorama composites of true-crime scenes, created in the first half of the 20th century and still used in forensic training today, helped to revolutionize the emerging field of forensic science. They also tell a story of how a woman co-opted traditionally feminine crafts to advance a male-dominated field and establish herself as one of its leading voices.

“Murder Is Her Hobby” will be on view at the Smithsonian American Art Museum’s Renwick Gallery from Oct. 20 through Jan. 28, 2018. The exhibition is the first public display of the complete series of 19 studies still known to exist. For the first time since 1966, 18 pieces on loan to the museum from the Harvard Medical School, via the Maryland Office of the Chief Medical Examiner, will be reunited with the “lost nutshell,” on loan from the Society for the Protection of New Hampshire Forests, courtesy of the Bethlehem Heritage Society.

“These dollhouses of death are a fascinating synthesis of art and science,” said Stephanie Stebich, The Margaret and Terry Stent Director of the Smithsonian American Art Museum. “Showcasing the Nutshells at the Renwick allows us to appreciate them as artworks of superior craftsmanship and to highlight Frances Glessner Lee’s genius for telling complex stories through the expressive potential of simple materials.”

Lee, the first female police captain in the U.S., is considered the “godmother of forensic science.” She was a talented artist as well as criminologist, and constructed the Nutshells beginning in the early 1940s to teach investigators at Harvard University’s department of legal medicine how to properly canvass a crime scene to effectively uncover and understand evidence. The equivalent to “virtual reality” in their time, her masterfully crafted dioramas feature handmade elements to render scenes with exacting accuracy and meticulous detail, each component a potential clue designed to challenge trainees’ powers of observation and deduction. Lee’s commitment to realism is seen in every element of the Nutshells, from the real tobacco used in miniature hand-burnt cigarette butts and tiny stockings knit with straight pins, to the angle of miniscule bullet holes, the patterns of blood splatters and the degree of discoloration on painstakingly painted miniature corpses.

While the Nutshells draw from real cases, Lee imagined and designed each setting to resemble but not replicate the original scenes, embellishing them with elements from her imagination and the world she inhabited. In their astounding accuracy, they provide a window into the domestic history and material culture of mid-20th century America, particularly the lives of women and the working classes, whose cases Lee championed.

“Presenting the Nutshells not as forensics displays but as artworks allows us to highlight the subtly subversive quality of Frances Glessner Lee’s work,” Atkinson said. “She focuses on ‘invisible’ members of society such as impoverished and female victims, and the details she included in her dioramas challenge the association of femininity with order and domestic bliss.”

As the Nutshells are still active training tools, the solutions to each remain secret. However, the crime scene “reports” given to forensic trainees will be presented alongside each diorama to encourage visitors to approach the Nutshells the way an investigator would.

A series of public programs are planned in conjunction with the exhibition. Atkinson will present in-gallery talks Wednesday, Oct. 25, and Wednesday, Nov. 15, at noon. The museum will host the premiere of the documentary Murder in a Nutshell: The Frances Glessner Lee Story by director Susan Marks Saturday, Nov. 18, at 5:30 p.m. Handi-hour, the museum’s after-hours program featuring “crafting and craft beer,” will feature exhibition-themed crafts Tuesday, Nov. 7, at 5:30 (tickets $25). William Tyre, executive director of the Glessner House Museum, will discuss Glessner Lee’s life and impact on the world of forensics Saturday, Oct. 21, at 2 p.m.

The museum and Brightest Young Things DC will present an after-hours party Friday, Oct. 20, to celebrate the opening of the exhibition. Tickets are on sale at americanart.si.edu/calendar.

The Renwick Gallery is the Smithsonian American Art Museum’s branch for contemporary craft and decorative arts. The Renwick is located on Pennsylvania Avenue at 17th Street N.W. and is open daily from 10 a.m. to 5:30 p.m. (closed Dec. 25). Admission is free. Follow the museum on Twitter, Instagram, Facebook and YouTube. Smithsonian information: (202) 633-1000. Museum information (recorded): (202) 633-7970. Website: americanart.si.edu.