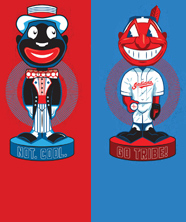 The Smithsonian’s National Museum of the American Indian presents “Racist Stereotypes and Cultural Appropriation in American Sports,” a symposium and community conversation Thursday, Feb. 7, 2013, from 10 a.m. to 5:45 p.m. in the museum’s Rasmuson Theater in Washington, D.C.

“What better place to address this issue than the Smithsonian’s National Museum of the American Indian on the National Mall,” said Kevin Gover (Pawnee), director of the museum. “The Smithsonian Institution is the ideal forum to bring people together to ask tough questions.”

The lively panel discussions will feature sports writers, scholars, commentators, authors and representatives from Indian nations and the NCAA. Panelists will explore the mythology and psychology of stereotypes in sports, the history of ethnic “identity theft” and recent efforts to retire and revive “Native American” sports references at the University of Oklahoma, Stanford University, Dartmouth College and Syracuse University. The symposium advances a movement endorsed by the U.S. Commission on Civil Rights in 2001 and addressed last year by the U.S. Senate Committee on Indian Affairs.

The program will also feature a spirited community conversation about the Washington, D.C., professional football team’s name and logo moderated by Philip J. Deloria (Standing Rock Sioux), author of Playing Indian and Indians in Unexpected Places, and the associate dean of Undergraduate Education at the University of Michigan’s College of Literature, Science and the Arts. Deloria will be joined by Judith Bartnoff, deputy presiding judge of the District of Columbia Superior Court’s Civil Division; Rev. Graylan Hagler of the Plymouth Congregational United Church of Christ and the former president of Ministers for Racial, Social and Economic Justice; Robert I. Holden (Choctaw/Chickasaw), deputy director of the National Congress of American Indians; Erik Brady, a sports reporter for USA Today; and Mike Wise, a sports columnist at The Washington Post.

The symposium will be webcast live here. Webcast viewers are encouraged to participate via Facebook and Twitter by using the hashtag #RacistSportsLogos. A reception will follow in the museum’s Potomac Atrium. For more information, visit the museum’s website at www.AmericanIndian.si.edu.