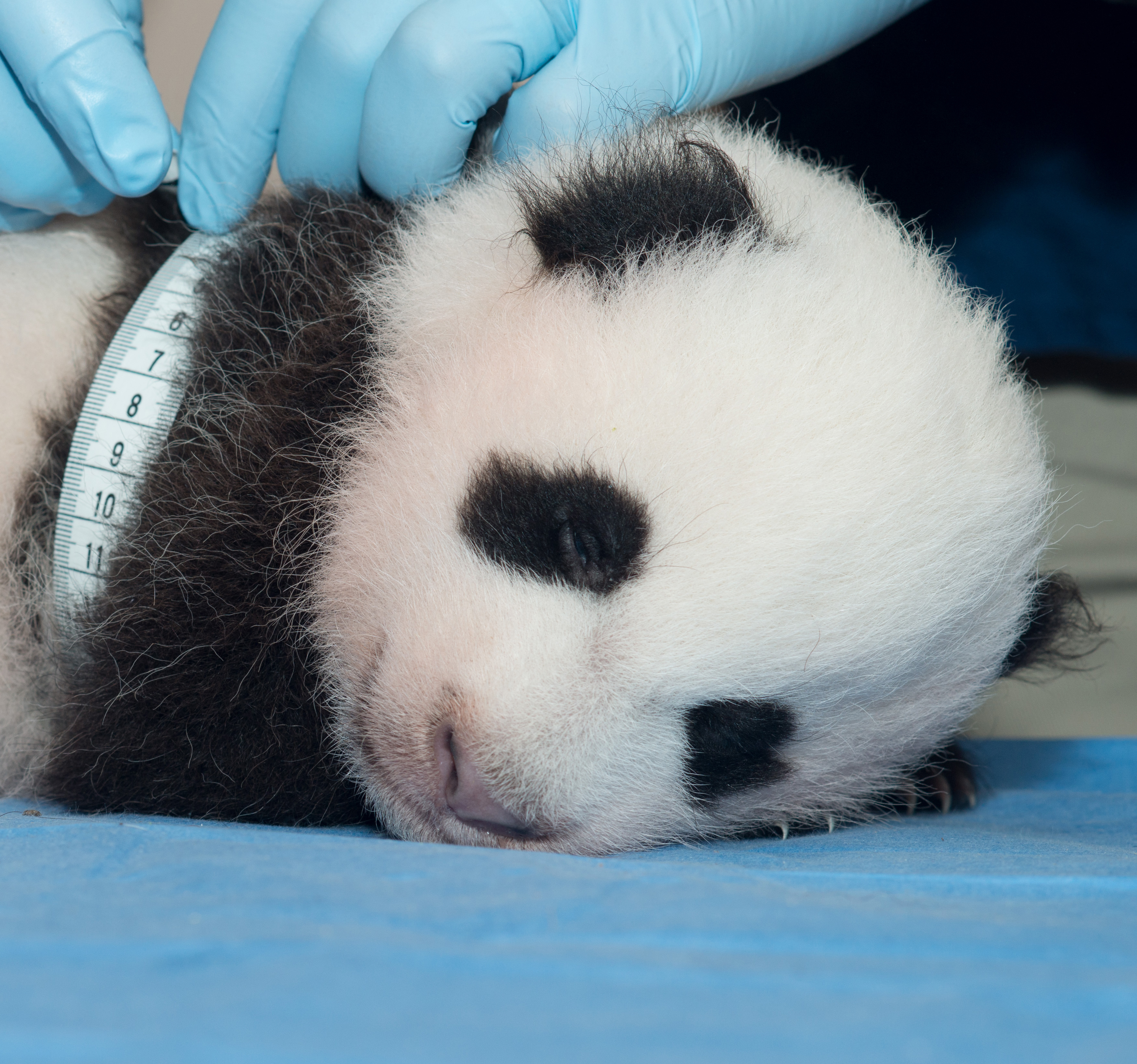 The giant panda cub at the Smithsonian’s National Zoo has gained almost another pound since Friday, Oct. 18, weighing in at 6.73 pounds (3.06 kilograms), and she received her first vaccine at her veterinary exam this morning. Veterinarians reported that the cub is very healthy, and despite receiving a vaccine she rested comfortably through much of the exam. She is 16.5 inches (42 centimeters) around her belly and 19.29 inches (49 centimeters) long.

The cub has started crawling and can often be seen testing her new motor skills in the den on the panda cams, sponsored in part by the Ford Motor Company Fund. Visitors to the David M. Rubenstein Family Giant Panda Habitat may see the cub’s mother, Mei Xiang (may-SHONG), outside in the mornings around 8 a.m. She has been leaving the den and the cub for increasingly longer periods to go outside and to eat. This morning she was outside for a little more than an hour.

Visitors can see Tian Tian (t-YEN t-YEN) in his outdoor habitat and on the panda cams. The Zoo will provide updates on Mei Xiang and the cub via Facebook, Twitter and the Giant Panda Update e-newsletter.