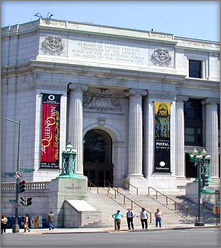 On Feb. 15, 1888, American Philatelic Association President John K. Tiffany wrote to Edward Denny Bacon, secretary of the then Philatelic Society London, regarding a joint indexing project. He said, “…I consider the project as utterly impossible of any practical execution...” One hundred and twenty-four years later the project has become a reality. This ambitious project has become a present-day reality thanks to the inspiration and dedication of the founding partners. The website establishes a single destination—a responsive centralized gateway—by which philatelists around the world can search, locate and access philatelic research from partner libraries in real time, from any computer. Searchable listings of books and publications, as well as resource locations and access, are now just a click away, providing invaluable resources to those doing philatelic research.

“A large part of the philatelic information I have acquired was discovered incidentally while searching for something else,” said Thomas Lera, Winton M. Blount Research Chair at the National Postal Museum. “I hope other philatelists, scholars and researchers will push open the doors of the new global philatelic library to find the answers to their questions and uncover new ones in the process as well.”

“All involved with this project should be congratulated,” said Alan Holyoake, internationally known philatelist. “The introduction of a centralized gateway must be one of the most important developments ever to have taken place within the ‘philatelic’ world. I fully expect this centralized gateway to rapidly allow philatelists from around the world to not only enhance their knowledge but also establish relationships and friendships with others around the globe.”