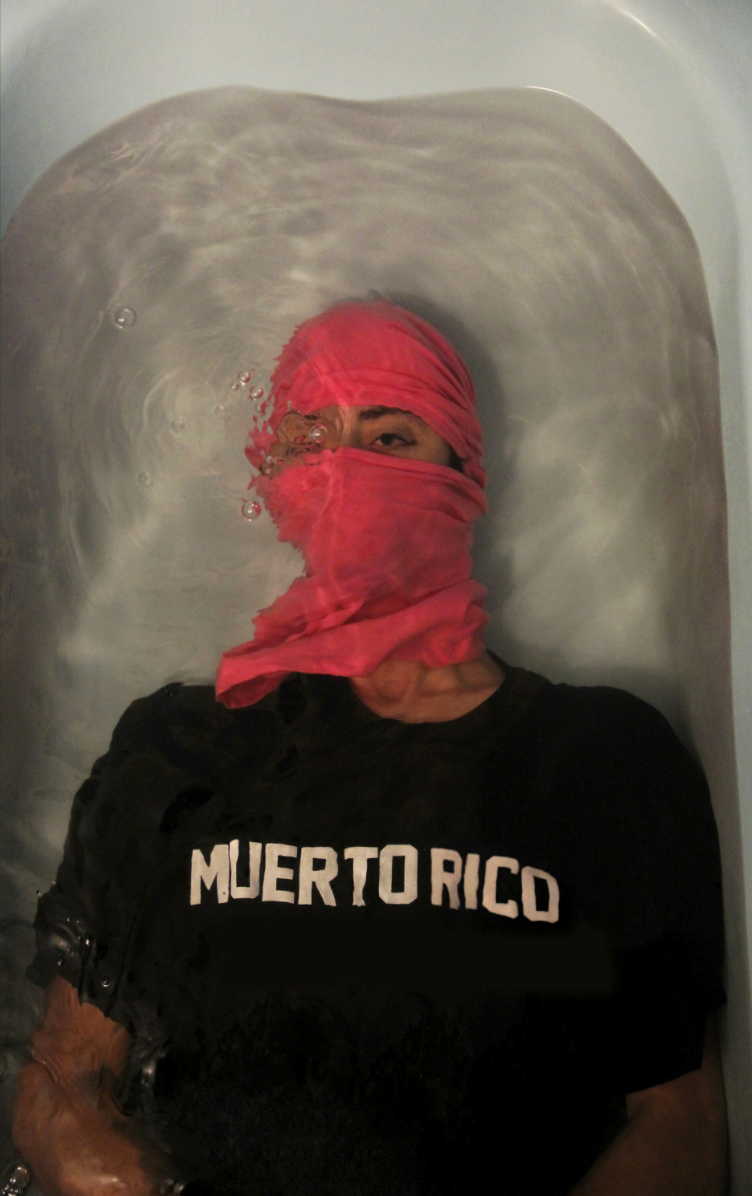 The Smithsonian’s National Portrait Gallery announces ADÁL as winner of “The Outwin 2019” People’s Choice Award. Held every three years, the Portrait Gallery’s national Outwin Boochever Portrait Competition spotlights the latest in contemporary portraiture from across the U.S. As part of the competition and resulting exhibition, the Portrait Gallery invites viewers to vote for their exhibition favorite. During this triennial, more than 17,000 visitors chose their favorite artwork through the exhibition’s online webpage or in-person through a kiosk (prior to the museum’s temporary closure due to COVID-19). ADÁL was voted the winner of the People’s Choice Award for his compelling photograph “Muerto Rico.” The portrait shows a masked individual submerged in water. The subject wears a black T-shirt, designed by Bold Destrou, with the message “Muerto Rico” (Dead Rico).

“This is a historic year for the Outwin Boochever Portrait Competition and the Latinx community,” said Taína Caragol, co-curator of “The Outwin 2019: American Portraiture Today” and the Portrait Gallery’s curator of Latino art and history. “The 2019 competition celebrates ADÁL as the second Latinx artist to receive the triennial’s People’s Choice Award, and Hugo Crosthwaite as the first Latinx artist to be jury-selected as the first-prize winner of the Outwin Boochever Portrait Competition at large. It’s an exciting moment for Latinx artists.”

Alternating between satirical and serious, ADÁL’s photographs and performances address issues of Puerto Rican identity and the island’s political relationship to the United States. In 2016, he started photographing subjects submerged in his bathtub for his series “Puerto Ricans Underwater / Los Ahogados” (The Drowned). In the artist’s own words, “The series was originally meant to represent the economic crisis underway on the island of Puerto Rico. However, after Sept. 20, 2017, it also became representative of the destruction and almost 4,000 deaths caused by Hurricane Maria.”

ADÁL’s “Muerto Rico” is one of 46 portraits included in “The Outwin 2019: American Portraiture Today,” all of which were selected by a blind panel of jurors from more than 2,600 entries to the triennial competition. With his achievement, ADÁL joins the seven jury-selected prizewinners, who were awarded prizes at the exhibition’s opening in October 2019.

Portrait enthusiasts can view the complete exhibition at portraitcompetition.si.edu or on the Portrait Gallery’s Google Arts & Culture page.