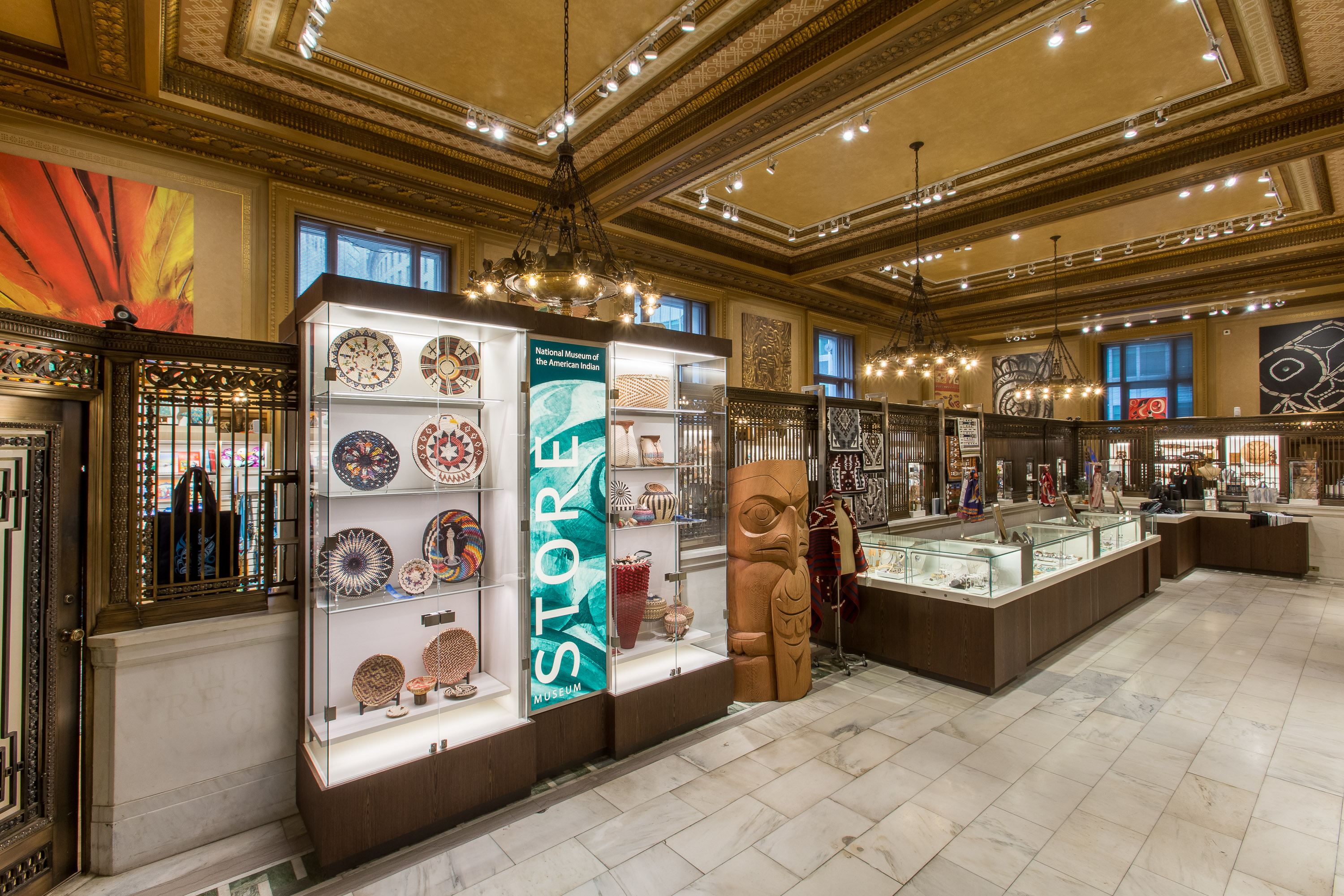 For more than 20 years, the Museum Store of the Smithsonian’s National Museum of the American Indian, George Gustav Heye Center has served as New York City’s premier destination to purchase authentic Native American merchandise. The store kicks off 2018 by unveiling an expanded space featuring more items from a wider representation of Native groups than it ever has before. The more than $2 million upgrade to the Museum Store provides a shopping area three times larger, with nearly 3,000 square feet of space, offering apparel, art, literature, jewelry, food and more for all ages. The renovated space is now open and will host special events throughout the year. Members of the museum receive a 10 percent discount for purchases made at the store; non-members may purchase memberships onsite to receive the discount.

Members of the media are invited to attend an open-house event for the Museum Store scheduled for Thursday, Feb. 22, at 7 p.m. To RSVP, email nmaipressoffice@si.edu or call (212) 514-3823.

“We have been working toward the goal of expansion for many years, and it boils down to one reason—impact,” said Jacob Johnson, area manager for Smithsonian Enterprises, the operator of the Museum Store. “The store has always been a big piece of the experience, and one that visitors could literally take away with them. Now that we can help introduce people to more Native cultures, it makes the visit so much more engaging and meaningful.”

Buyers from Smithsonian Enterprises have made sourcing trips to dozens of sites within Indian Country in order to stock the expanded selection with merchandise from Native suppliers. This expanded representation will result in new art from First Nations Canada, including Inuit works purchased in conjunction with art cooperatives. Works by Native artists of Northwest and Southwest North America will also be more prominent, as well as jewelry by artists across the Western Hemisphere.

The site of the new retail space historically served as the Cashier’s Office of the Alexander Hamilton U.S. Custom House, which is now a city landmark and home of the National Museum of the American Indian in New York. In the early 20th century, the revenue from the Custom House served as one of the largest funding sources for the federal government. The renovation of the space preserves original details like antique metal dividers for the cashier’s cages and design flourishes, such as intricate crown molding, grand chandeliers and even the original vault used by the cashiers.

The expansion of the Museum Store is made possible in part by the City of New York, with support from the Office of the Mayor, New York City Council and the Manhattan Borough President’s Office through the Department of Cultural Affairs.