National Museum of the American Indian in New York to Inaugurate a Permanent, Hemispheric Survey of Native American Art 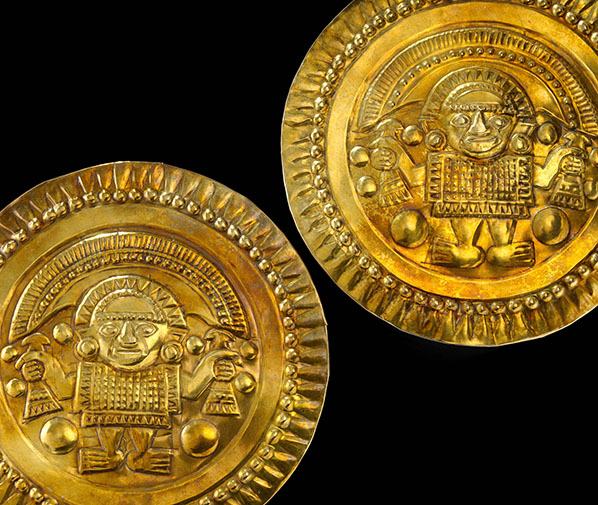 A spectacular, permanent exhibition of almost 700 works of Native art from throughout North, Central and South America is now open at the Smithsonian’s National Museum of the American Indian in New York, the George Gustav Heye Center. Organized by geographic regions, “Infinity of Nations: Art and History in the Collections of the National Museum of the American Indian” demonstrates the breadth of the museum’s renowned collection and highlights the historic importance of many of these iconic objects.

Five years in the making, “Infinity of Nations” establishes the museum as an educational cornerstone for the city, providing an expansive overview of Native America. The exhibition is providing the foundation for eight seasons of public programs, each celebrating a different region and revealing the richness and diversity of indigenous nations.

Chosen to illustrate the geographic and chronological scope of the museum’s collections, the objects have been meticulously conserved and are displayed in custom casework, some as large as 40 feet wide and 12 feet high, creating striking panoramas throughout the exhibition.

“Infinity of Nations” opens with a display of headdresses, signifying the sovereignty of Native nations, including a magnificent Kayapó krok-krok-ti, a macaw-and-heron-feather ceremonial headdress. Focal-point objects, representing each region, include an Apsáalooke (Crow) robe illustrated with warriors’ exploits; a detailed Mayan limestone bas relief depicting a ball player; an elaborately beaded Inuit tuilli, or woman’s inner parka, made for the mother of a newborn baby; a Mapuche kultrung, or hand drum, that depicts the cosmos; a carved and painted chief’s headdress depicting a killer whale with a raven emerging from its back, created and worn by Willie Seaweed (Kwakwaka’wakw); an anthropomorphic Shipibo joni chomo, or water vessel from Peru; a Chumash basket decorated with a Spanish-coin motif; an ancient mortar from Pueblo Bonito in Chaco Canyon, N.M.; a gourd carved with a detailed picture of the Battle of Arica by Mariano Flores Kananga (Quechua); and an early Anishinaabe man’s outfit complete with headdress, leggings, shirt, sash and jewelry. The exhibition concludes with works by Native artists such as Allan Houser (Warm Springs Chiricahua Apache) and Rick Bartow (Mad River Wiyot).

“Long before European contact, Native America was interconnected and culturally active,” said Kevin Gover (Pawnee/Comanche), director of the National Museum of the American Indian. “This exhibition will demonstrate how, throughout time, the visual arts were an important communication tool of this ongoing vitality.”

“Visitors will experience the diversity of Native America through some of the most historically significant and greatest artistic masterpieces of the collection,” said John Haworth (Cherokee), director of the Heye Center. “This will be a new moment for us to inspire and serve New York City residents, tourists and school groups.”

“Infinity of Nations” was organized by Cécile R. Ganteaume, museum associate curator. A major publication, edited by Ganteaume, has been co-published with HarperCollins. The invaluable contributions of Native historians and numerous community members provided new perspectives and historical information for the exhibition and the book. 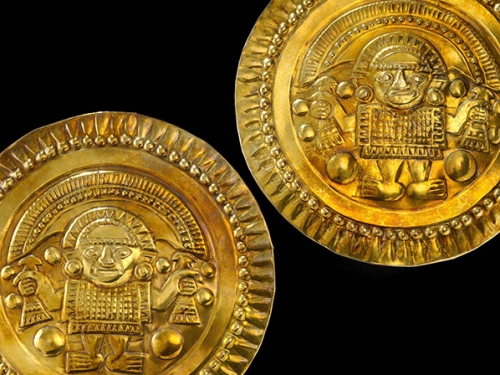