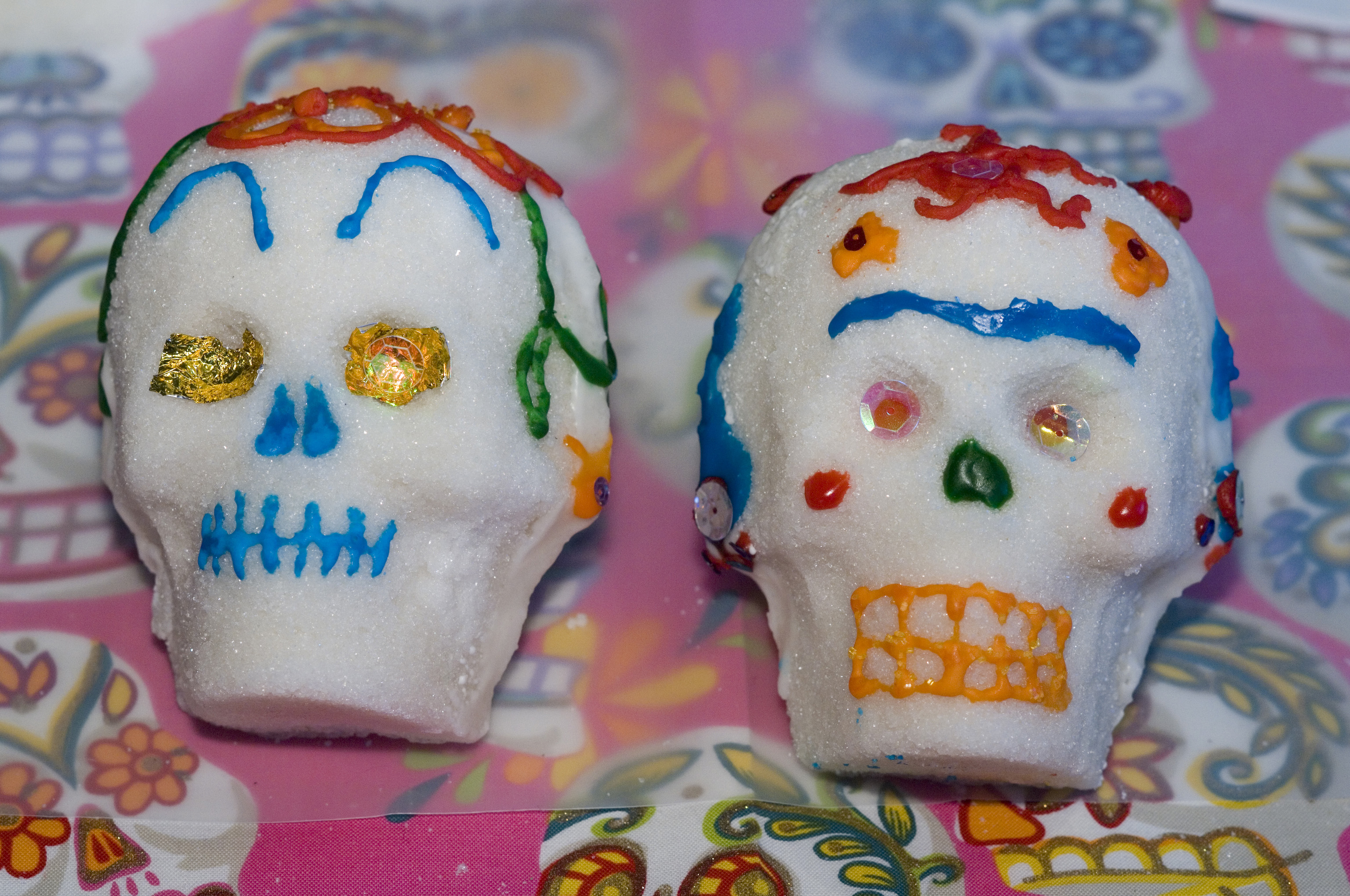 Día de los Muertos celebrates the cycle of life and death, which has been observed in Latin America since before the arrival of the Spanish and is now a tradition for many other peoples in Mexico and parts of Central and South America, as well as some Native American and Mexican-American communities in the United States. It is believed that during Día de los Muertos the souls of the dead return to visit the living and this is cause for celebration.

Common holiday festivities include setting up ofrendas—an altar used to display portraits, foods, special possessions and memories of a loved one. Throughout the weekend, visitors can visit and observe three ofrendas while Evelyn Orantes (Guatemalan Maya) and multimedia artist Tlisza Jaurique (Mexica/Yaqui/Basque/Xicana) demonstrate traditional offerings (10:30 a.m. to noon and 1:30 p.m. to 4:30 p.m. in the Potomac Atrium). Other highlighted activities include customary Day of the Dead crafts, such as papel picado (paper cut-outs) and calavera (papier-mâché skull) demonstrations (10:30 a.m. to 4:30 p.m.), and hands-on family crafts consisting of the decorating plaster skulls and making papel picado (10:30 a.m. to noon and 1 to 3 p.m.) in the third-level classroom and overlook. A special adult papel picado workshop led by Catalina Delgado-Trunk (Mexican of Nahuatl/Culhuacan paternal ancestry) (11 a.m. and 3:30 p.m.) will take place in Room 4025.

La Ofrenda: The Days of the Dead will screen daily at 11 a.m.; it is a visually rich documentary shot in Mexico and California that explores the joyous and sad meanings of the Day of the Dead and its place in Mexican and Chicano heritage. At 4 p.m. the film K’in Santo Ta Sotz’leb/Day of the Dead in the Land of the Bats gives insight into the importance of the rituals of death for the people of Zinacantan in Chiapas, in southern Mexico. The film is in Spanish and Tzotzil, with English subtitles. Both screenings are in the Rasmuson Theater.

Additional activities scheduled for both days include cooking demonstrations by the Mitsitam Native Foods Cafe’s executive chef, Richard Hetzler (11:30 a.m. in the outdoor fire pit, weather permitting) and performances of the Dance of the Jaguars (La Danza de los Tecuanis) by the dynamic dance group Los Tecuanes (1 and 3 p.m. in the Potomac Atrium). The Mitsitam Native Foods Cafe will also offer a special Mesoamerican menu throughout the weekend.

For updates and more information about these events, visit www.AmericanIndian.si.edu/daysofthedead/2010/.