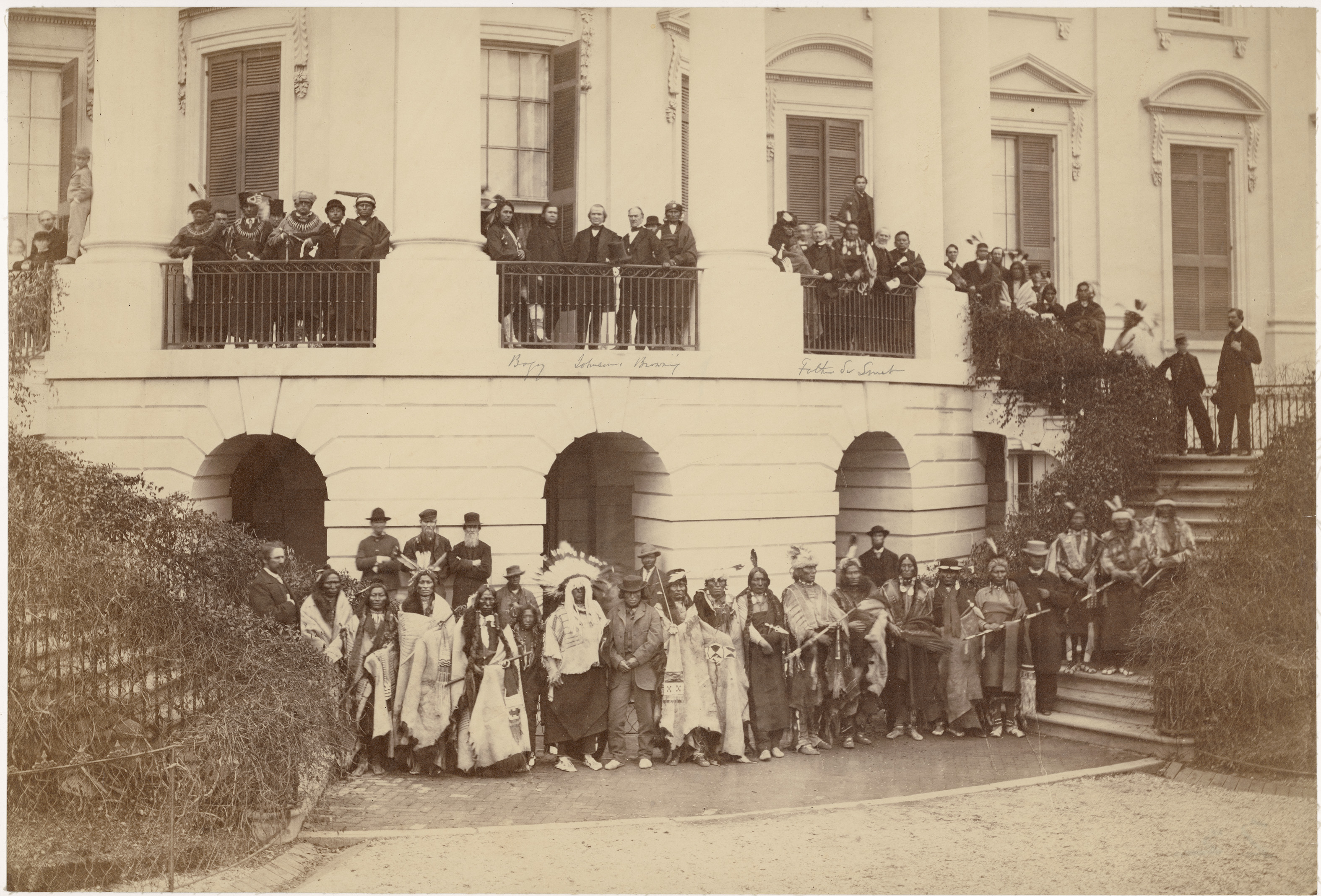 The Smithsonian’s National Museum of the American Indian will open “Nation to Nation: Treaties Between the United States and American Indian Nations” Sunday, Sept. 21—the 10th anniversary of the opening of the museum on the Mall in Washington, D.C.

“Nation to Nation” is the museum’s most ambitious effort yet; it will present the history of the relationship between the United States and American Indian Nations through their treaties in the largest historical collection ever offered to an audience. The exhibition focuses on historic episodes of treaty-making and will feature nine original treaties on loan from the National Archives that will rotate throughout the run of “Nation to Nation.” The first to be exhibited will be the Treaty of Canandaigua between the Haudenosaunee (the Six Nations, or Iroquois Confederacy) and the fledgling United States. One of the earliest treaties made, it was signed by Cornplanter, Red Jacket, Handsome Lake and President George Washington in 1794. Each treaty represents diplomatic agreements between the United States and Native Nations that remain in force to this day.

More than 125 historical and some contemporary objects from the museum’s collection and private lenders—peace medals given to Native Nations by George Washington and Thomas Jefferson; the pipe of Chief Washakie, who was present at the 1851 Horse Creek Treaty; the sword and scabbard of Andrew Jackson (on loan from the Smithsonian’s National Museum of American History); and iconic memorabilia from the American Indian Movement—tell the story of living side-by-side from the birth of the United States to the present. Wampum belts, richly beaded pipe bags, a Seneca dress, Navajo blanket, Cheyenne painted deer skin depicting the Battle of Little Big Horn, Potawatomi medicine bags, tomahawks, baskets, archival photographs and more highlight historical moments.

The exhibition, in development for 10 years, offers visitors the hidden stories of the United States and American Indian Nations diplomacy, the history of how the states were ultimately drawn and how promises were kept and broken and renewed with Native Nations. Guest curated by Suzan Shown Harjo (Cheyenne and Hodulgee Muscogee), the story is woven through five sections: Introduction to Treaties; Serious Diplomacy; Bad Acts, Bad Paper; Great Nations Keep Their Word; and The Future of Treaties. The exhibition also features three original media productions: “Nation to Nation,” a four-minute video that will introduce the main themes of the exhibition; “Indian Problem,” a 10-minute video that shows the cultural side of the shift in power relations between Native Nations and the U.S. government; and “Sovereign Rights,” a four-minute video that covers the topic of termination of tribes. All three videos are narrated by Robert Redford.

“The history of U.S.-Indian treaties is the history of all Americans,” said Kevin Gover (Pawnee), director of the National Museum of the American Indian. “We cannot have a complete understanding of what it means to be Americans without knowing about these relationships, whether we are Native Americans or not.”

“Serious Diplomacy” looks at treaties from the early republic and how diplomacy and the negotiation process evolved from the exchange of ceremonial gifts to complex negotiations in which Native Nations sought unity within a large and sophisticated confederation, while U.S. negotiators faced conflict between federal and state interests.

“Bad Acts, Bad Paper” refers to periods in the 1800s when the United States abandoned the ideals of earlier treaty-making, and treaties became the means for confiscating Indian land. Among the worst were the coercive treaties that made Native Nations east of the Mississippi landless. Through The Indian Removal Act of 1830, President Andrew Jackson financed the forced removal of the Nations to the West on Trails of Tears. As bad as treaties could be, however, the California Unratified Treaties showed that their absence could be worse. When California successfully petitioned the U.S. Senate not to ratify the treaties negotiated with the Native Nations there, Indian Peoples were left with no lands, no protection and no rights, and were either murdered or run off by gold-rushers. In 1868, the Navajo became the only Native Nation to negotiate a treaty to escape removal and return to their land, but only after years of living in a desolate camp declared unfit by the Army, 400 miles from their homeland.

“Great Nations Keep Their Word” shows how, in the 1900s, Native Nations more successfully appealed to treaty rights and used them as powerful tools to demand a return to a balanced and peaceful co-existence. Never giving up, American Indian delegations traveled to Washington, D.C., to represent their nations’ interests, point out grievances and remind administrations of U.S. nation-to-nation treaty obligations. In the mid-1900s, Native Peoples were able to turn back the greatest threat ever to their sovereignty—Termination, a U.S. policy to nullify treaties altogether—but not before dozens were federally terminated. In another great victory in the second half of the 20th century, Native Nations demanded—through social activism, the courts and legislation—the reaffirmation of treaties and a return to a respect-based relationship. They won the Salmon Wars of the Pacific Northwest and Great Lakes. Significant shifts in federal policy in support of Native Nations’ self-determination followed.

“The Future of Treaties” illuminates two main points to take away from the exhibition: Everyone is affected by the treaties between the United States and Native Nations, and the struggle is not yet over.

Nation to Nation: Treaties Between the United States and American Indian Nations is the companion volume to the exhibition and is edited by Harjo. This fully illustrated 272-page book features more than 125 historical and contemporary objects and photographs along with writings on the nature of laws, treaties and diplomacy by some of the country’s foremost scholars of history and treaties between the U.S. and Native Nations, including contributions by Robert N. Clinton, Philip J. Deloria, Raymond J. DeMallie Jr., Jennifer Nez Denetdale, Matthew L.M. Fletcher, Richard Hill Sr., Susan Hvalsoe Komori, James Riding In, Lois J. Risling and Lindsay G. Robertson. The book illustrates how and why centuries-old treaties remain living, relevant documents for both Natives and non-Natives in the 21st century.

“Nation to Nation: Treaties Between the United States and American Indian Nations” will be open through fall 2018 in the museum’s fourth-level gallery. For more details and to read the actual treaties featured in the exhibition, visit www.AmericanIndian.si.edu. Join the conversation on Twitter @SmithsonianNMAI and use the hashtag #HonorTheTreaties. 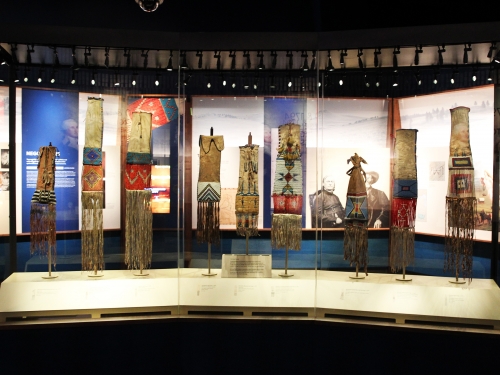