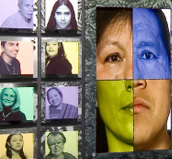 The Smithsonian’s National Museum of the American Indian presents “Blood Quantum: Does ‘Indian Blood’ Still Matter?” a symposium, Friday, Sept. 16, on the concept of blood quantum and its effect on tribes across the country. The symposium will be held in the museum’s Rasmuson Theater from 2 to 4:30 p.m.

Unlike other ethnic minorities in the United States, American Indians are defined not solely by self-designation but by federal, state and tribal laws. Blood quantum—originating from archaic notions of biological race and still codified in contemporary policy—remains one of the most significant factors in determining tribal membership, access to services, and community recognition. This concept, however, is not without contention.

“Blood quantum policies have become a powerful agent for Native Americans today, and understanding how this evolved is key to determining the future of this controversy in Indian Country,” said Kevin Gover, director of the National Museum of the American Indian.

An enrolled member of the Cherokee Nation, Garroutte received her doctorate in sociology from Princeton University and is an associate professor of sociology at Boston College. Her background includes the study of Native American issues, health and aging, racial/ethnic identity and religion. Her latest book is Real Indians: Identity and the Survival of Native America.

Snipp is a sociology professor at Stanford University, the director of Stanford’s Center for Comparative Study of Race and Ethnicity and the director of the Secure Data Center at Stanford’s Institute for Research in the Social Sciences. He has been a Research Fellow at the U.S. Bureau of the Census and a Fellow at the Center for Advanced Study in the Behavioral Sciences. His current research and writing examines the methodology of racial measurement, changes in the social and economic well-being of American ethnic minorities, and American Indian education.

The author of Lumbee Indians in the Jim Crow South: Race, Identity, and the Making of a Nation, Lowery, a member of the Lumbee tribe, teaches as an assistant professor of history at Harvard University. Her research concerns Native American identity and politics in the late 19th and 20th centuries in North Carolina. She has produced three documentary films about Native American issues, including the award-winning In the Light of Reverence.

A member of the Sisseton-Wahpeton Oyate in South Dakota, Tallbear is an assistant professor of Science, Technology and Environmental Policy at the University of California, Berkeley. She is currently working on a book, Native American DNA: Origins, Ethics, and Governance (forthcoming, University of Minnesota Press). She has also co-authored articles in the Journal of Law, Medicine & Ethics, Science, the International Journal of Cultural Property and the Wicazo Sá Review.

Tayac, a member of the Piscataway tribe, has been a historian at the museum since 2006. Her areas of specialty include international human rights and the Native peoples and histories of the Chesapeake Bay region. She curates exhibitions at the museum, lectures widely and has published an award-winning children’s book.