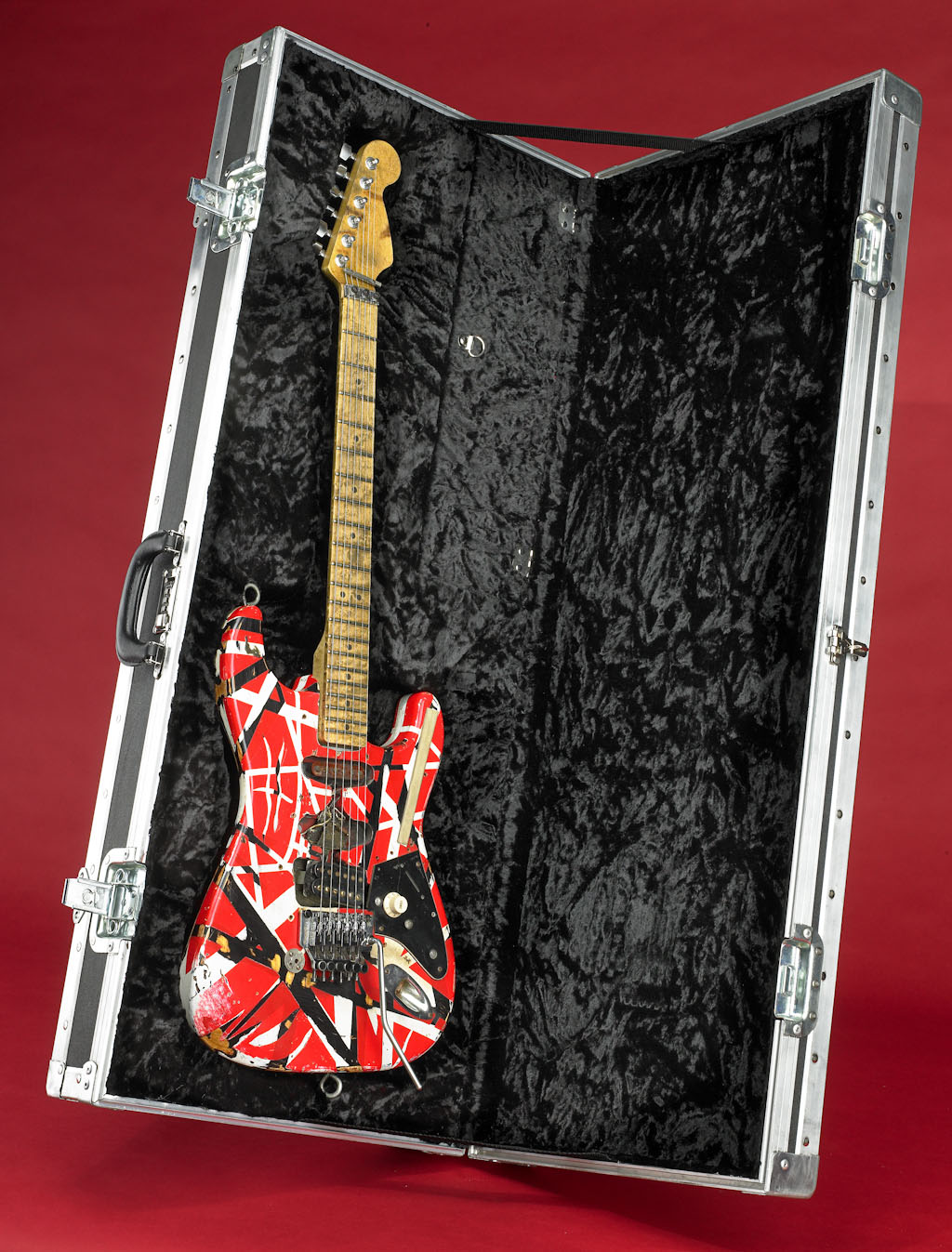 The Smithsonian’s National Museum of American History has recently acquired the Van Halen “Frank 2” guitar played and made famous by Eddie Van Halen through a partnership donation with Fender Musical Instruments. It was made in 2006 as part of a joint venture between the artist and Fender to produce a limited edition number of guitars for the EVH Brand. Known as the “Frankenstein Replica,” or “Frank 2,” it will be part of the museum’s Division of Culture and the Arts, which preserves a large and diverse collection of instruments.

Edward “Eddie” Van Halen (b. Jan. 26, 1955) is a Dutch-American guitarist, keyboardist, songwriter, producer and self-taught inventor of guitar technology and technique. He is best known as the lead guitarist and co-founder of the hard-rock band Van Halen and recognized for his innovative performing and recording styles in blues-based rock, tapping, intense solos and high-frequency feedback; he is also famous for energetic and acrobatic stage performances. The band’s self-titled debut album was released Feb. 10, 1978.

“The museum collects objects that are multidimensional, and this guitar reflects innovation, talent and influence,” said Brent D. Glass, director of the museum. “The guitar moves the museum’s instrument collections into more contemporary history.”

In 1975 Eddie Van Halen realized that no existing guitar had the features that he needed to create his signature sound. A constant tinkerer, he set out to construct a guitar to fit his standards, needs and playing style, combining different elements of long-established guitar designs into one instrument. Fans nicknamed the custom creation “Frankenstein.” By 2006, the original “Frankenstein” guitar had been in service for more than 30 years and was retired from performances. Chip Ellis, a master guitar builder at Fender, replicated every detail of the original guitar, which, when presented to Eddie Van Halen, appeared to be indistinguishable from the original. During the Van Halen 2007-08 North American tour with original lead singer David Lee Roth, Eddie Van Halen used the replica guitar, “Frank 2” for the majority of the performances.