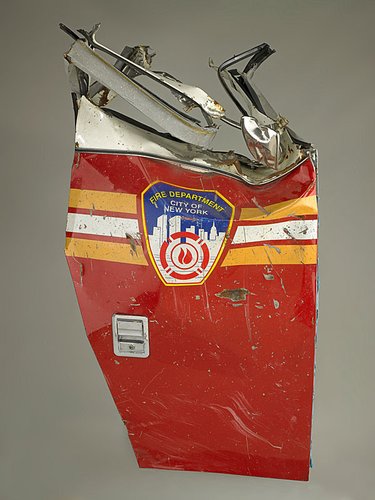 Americans are invited to join in a dialogue about how their lives have changed since Sept. 11, 2001, through an online forum, “September 11: Conversations,” part of the Smithsonian’s 10th-anniversary commemoration of the attacks. The online conversations are organized in a partnership among the National Museum of American History, Smithsonian Channel and GMD Studios of Winter Park, Fla.

Each conversation group will contain a small number of participants—about 20 per group—from different areas of the country. Each group exchange will launch with museum-provided topic starters and video clips from the Smithsonian Channel documentary, 9/11: Stories in Fragments. However, personal experiences and interests will drive the discussion. The conversation groups are designed to last about two weeks and will take place in September and October. Participants may register at http://conversations.si.edu and will be assigned to groups. The general public will be able to read the discussions. Online dialogues will begin Sept. 6.

“As steward of the nation’s memory, the museum aims to provide a forum in which people can reflect on the experiences that define us as a nation and the importance of history in our daily lives,” said Marc Pachter, the museum’s interim director. “The tragic events of Sept. 11 have challenged the museum to fulfill its responsibility in unprecedented ways and these unique online discussions will bring people together to discuss common issues from varying perspectives.”

In 2002, Congress designated the museum the official repository for Sept. 11, 2001 materials. Objects, photographs and documents are preserved permanently in the museum’s collections to help future generations of historians and visitors comprehend the events, their roots and their long-term consequences.

The museum will host a special display, “September 11: Remembrance and Reflection,” from Sept. 3-11, from 11 a.m. to 3 p.m. More than 50 objects from the three sites and recent acquisitions from the Transportation Security Administration will be shown on tables rather than behind glass cases. Artifacts include airplane fragments, a door from a crushed FDNY fire truck, a Pentagon map from the building’s first floor and objects recovered from offices. Photographs from the museum’s collection and video clips will provide context. The display is made possible with support by Booz Allen Hamilton and the History channel.

9/11: Stories in Fragments is a Smithsonian Channel production based on the museum’s Sept. 11 collections and the stories they convey. The film features museum curators and donors speaking about the objects and giving the perspectives of victims, witnesses, ordinary people and heroes from New York, the Pentagon and Shanksville, Pa. The film will premiere on Smithsonian Channel Sept. 5 at 9:35 p.m. ET/PT.

GMD Studios is an experienced design firm whose work for 16 years has focused on the ways digital technologies can enhance the formation of meaningful communities. The Small Group Dialog technique was developed in 1998 to improve value and relevance in online conversation. “September 11: Conversations” is the first application of GMD’s next-generation dialog system.

The National Museum of American History collects, preserves and displays American heritage in the areas of social, political, cultural, scientific and military history. The museum’s Sept. 11 collection may be viewed at http://americanhistory.si.edu/september11.