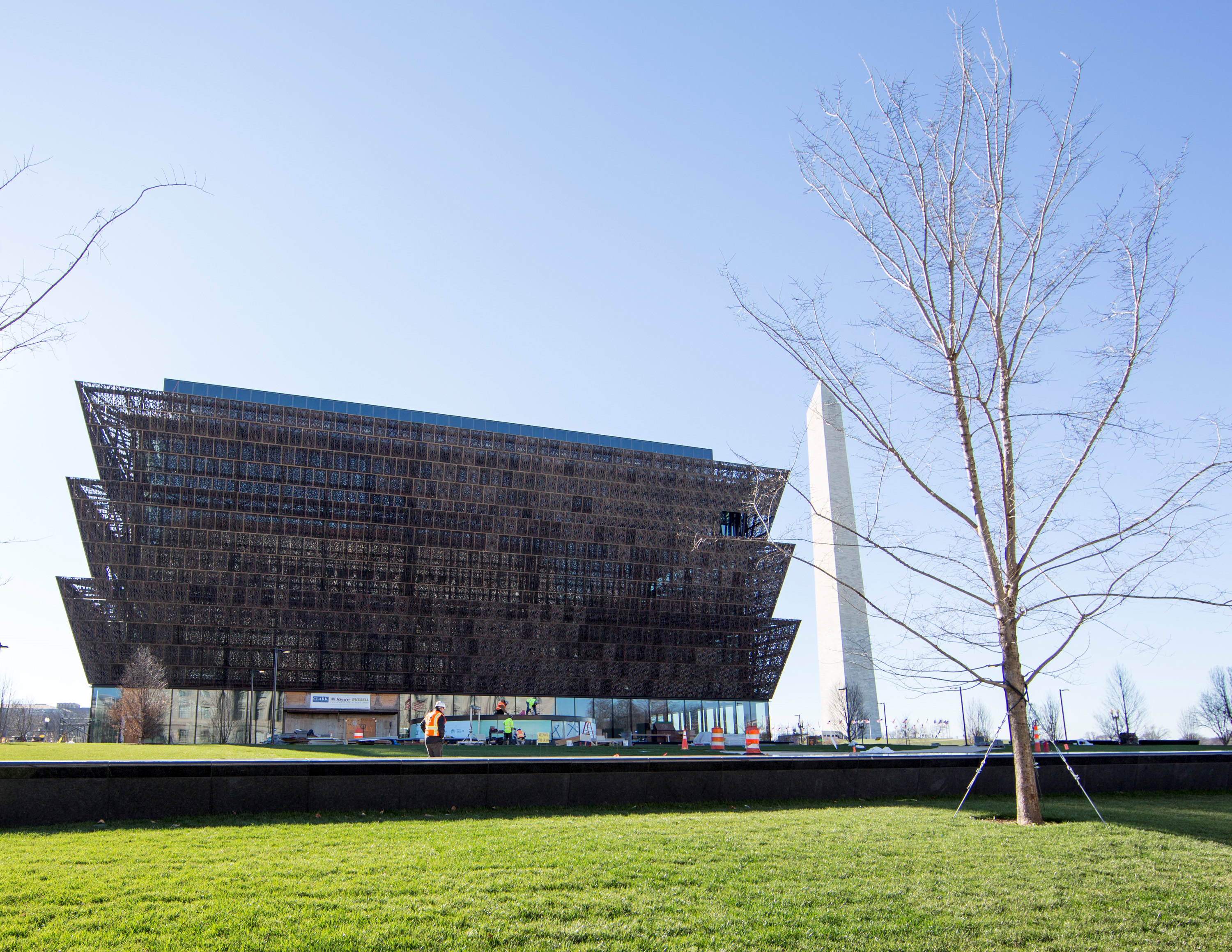 The Smithsonian today announced that the National Museum of African American History and Culture will open to the public Saturday, Sept. 24.

The opening will be the focus of a week-long celebration that begins with a dedication ceremony where President Barack Obama will cut the ribbon. The celebration continues with extended visiting hours and a three-day festival showcasing popular music, literature, dance and film. Also planned are events co-hosted by other museums around the country and in Africa.

“After 13 years of hard work and dedication on the part of so many, I am thrilled that we now have this good news to share with the nation and the world,” said Lonnie Bunch, the museum’s founding director.  “In a few short months visitors will walk through the doors of the museum and see that it is a place for all people.  We are prepared to offer exhibitions and programs to unite and capture the attention of millions of people worldwide.  It will be a place for healing and reconciliation, a place where everyone can explore the story of America through the lens of the African American experience.”

“We look forward to the opening of this enormously important new museum,” said David Skorton, Smithsonian Secretary. “The National Museum of African American History and Culture furthers the Smithsonian’s commitment to telling America’s story in all its dimensions.”

President George W. Bush signed the legislation establishing the museum in 2003. In 2009, the museum’s architectural team of Freelon Adjaye Bond/SmithGroupJJR was selected, and in 2011 Clarke/Smoot/Russell was chosen as the construction firm. David Adjaye is the lead designer, and Phil Freelon is the lead architect.

The Smithsonian broke ground for the museum Feb. 22, 2012 on its five-acre site on Constitution Avenue between 14th and 15th streets N.W. The 400,000-square-foot building has five levels above ground and four below. The museum will have exhibition galleries, an education center, a theater, café and store, as well as staff offices. Among the building’s signature spaces are the Contemplative Court, a water- and light-filled memorial area that offers visitors a quiet space for reflection; the Central Hall, the primary public space in the museum and the point of orientation to building; and a reflecting pool at the south entry of the museum, with calm waters meant to invite all to approach.

The museum also features a series of openings—“lenses”—throughout the exhibition spaces that frame views of the Washington Monument, the White House and other Smithsonian museums on the National Mall. These framed perspectives remind visitors that the museum presents a view of American through the lens of the African American experience.

The museum will open with 11 inaugural exhibitions that will focus on broad themes of history, culture and community.

These exhibitions will feature some of the more that 34,000 artifacts the museum has collected since the legislation establishing it was signed in 2003. The museum’s collections are designed to illustrate the major periods of African American history. Highlights include: a segregation-era Southern Railway car (c. 1920), Nat Turner’s Bible (c. 1830s), Michael Jackson’s fedora (c. 1992), a slave cabin from Edisto Island, S.C. plantation (c. early 1800s), Harriet Tubman’s hymnal (c. 1876) and works of art by Charles Alston, Elizabeth Catlett, Romare Bearden and Henry O. Tanner.

While under construction, the museum has had a gallery at the Smithsonian’s National Museum of American History. Since 2009, the museum has opened seven exhibitions in the space including “Through the African American Lens: Selections from the Permanent Collection” (on view now), “The Scurlock Studio and Black Washington: Picturing the Promise” and “Changing America: The Emancipation Proclamation, 1863 and The March on Washington, 1963.”

The museum’s first exhibition, “Let Your Motto Be Resistance: African American Photographs,” opened in 2007 at the International Center for Photography in New York and toured 15 cities.

In addition to exhibitions, the museum has also launched several education and research programs. “Save Our African American Treasures” was launched in Chicago in January 2008 and is one of the museum’s signature programs. Participants work with conservation specialists and historians to learn how to identify and preserve items of historical value, including photographs, jewelry, military uniforms and textiles.

For more information about the museum, visit nmaahc.si.edu.