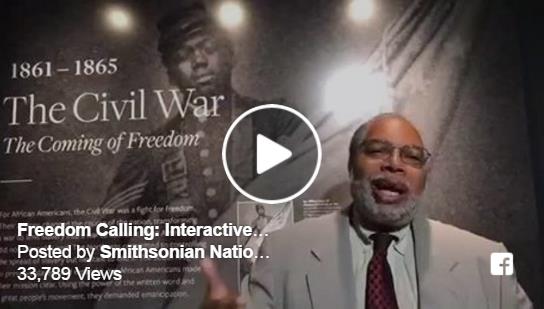 Juneteenth is the oldest-known celebration commemorating the end of slavery in the United States. This inaugural interactive tour is another example of how NMAAHC is redefining the modern museum experience and making the museum’s exhibitions available to people anywhere in the world.

This marks the first time the museum has offered an interactive digital tour of the exhibition. Bunch led viewers on a virtual walking tour through the history galleries highlighting the story of the international slave trade, emancipation and the period of resistance that followed.

Virtual-tour participants saw and heard the stories behind some of the museum’s most popular objects, including Nat Turner’s bible, freedom papers of formerly enslaved people and the Sibley tent that housed African American soldiers that fought for the Union. The goal of this tour was to highlight this culturally important holiday that commemorates the end of slavery.