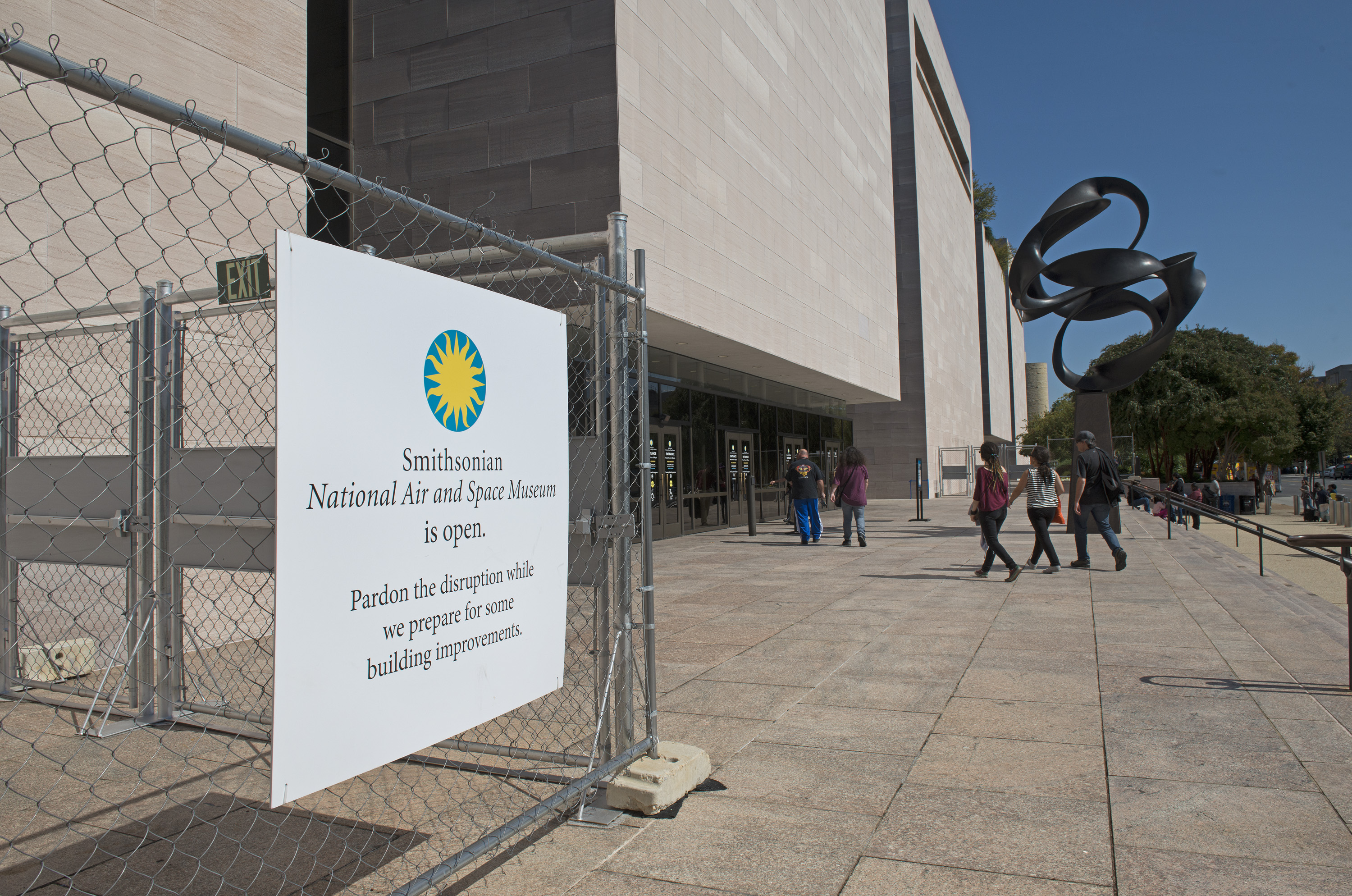 The Smithsonian’s National Air and Space Museum is preparing for a multiyear revitalization of the museum’s exterior and mechanical systems, anticipated to begin in 2017. When the project is complete, the museum will be an energy-efficient building that meets or exceeds best-practice standards for sustainability and energy use.

The revitalization is expected to take about five years (2017–2022) and will be done in phases, allowing sections of the museum to remain open during construction. The project includes replacing façade stone panels (Tennessee pink marble, a type of limestone) and aging mechanical systems inside. The original building design features a space between the exterior stone façade and interior walls that houses the building’s systems (mechanical, electrical, plumbing and fire protection). The systems have exceeded their expected usefulness of 25–30 years and need to be replaced. The necessity for the “envelope project” came to light following a feasibility study by engineering consultants completed in 2013, which determined that, after 38 years of heavy use, the 1¼-inch panels were too thin to withstand significant further weathering. They have warped and cracked to the point where they cannot be repaired. About 13,000 panels will be replaced with a cladding material of appropriate strength and durability. The firm of Quinn Evans Architects is expected to present its design in December 2016.

Fencing has been installed around portions of the museum to restrict access to areas where the panels are being monitored, evaluated and, in some cases, replaced with temporary stones. A covered walkway will remain until the exterior renovation project is completed.

One benefit of the project will be the opportunity to refresh and renovate several of the museum’s 23 galleries and public spaces. A complete renovation of the museum’s sprawling entrance area, the Boeing Milestones of Flight Hall, will be completed in time for the museum’s 40th anniversary in July 2016 and will be the model for other exhibitions.

The cost of the multiyear project will be determined when the design process is complete. The Smithsonian will seek funding for the renovation through the federal appropriation process; funds for exhibitions will be raised from the private sector.