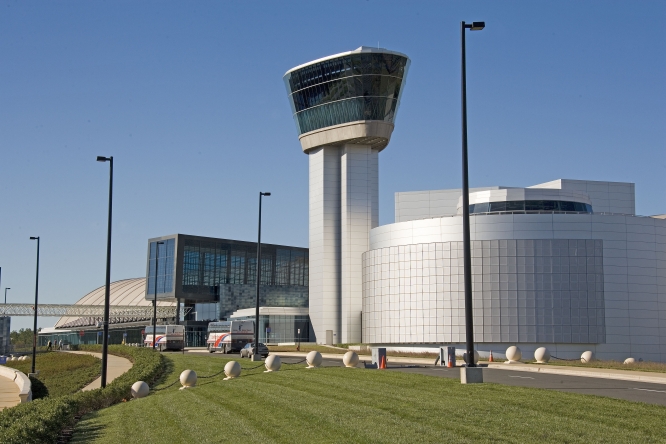 The Steven F. Udvar-Hazy Center, the only Smithsonian facility to have been built with private funds, will mark 10 years of operation Dec. 15. Since it opened in conjunction with the nation’s Centennial of Flight in 2003, the center has expanded in all areas: size, scope of collections, displays, programs and educational activities. As of Nov. 30, more than 13 million people have visited the facility.

When it opened, the center had less than 500 artifacts on display, and today there are more than 3,000. That first year, only one of its massive exhibition hangars—the Boeing Aviation Hangar—housed displays. A year later, the James S. McDonnell Space Hangar opened. In 2008, construction began on a second wing of the center. Completed in 2011, the wing includes the Mary Baker Engen Restoration Hangar, the archives and collections storage and operations units. Several annual events have been introduced, as well as family days, science activities, lectures and concert series. The Udvar-Hazy Center is the second-most visited aviation museum in the country—second to the National Air and Space Museum’s flagship building in Washington—and Virginia’s most popular museum. It is named for aerospace executive Steven F. Udvar-Hazy, who donated $65 million for its construction.

The center’s 10th anniversary will officially be celebrated Saturday, Jan. 25, with an Open House. The daylong event will feature a behind-the-scenes look at artifacts and archival materials and include presentations on how the museum preserves, cares for and displays its collection of aircraft, spacecraft and related objects. The Udvar-Hazy Center is unique among museum facilities in that, rather than thematic galleries, it follows a “displayed storage” exhibition plan. A unique feature of the facility is that visitors can watch collections specialists at work from a mezzanine above the restoration hangar. The Open House is made possible by the support of FBR.

The National Air and Space Museum building on the National Mall in Washington, D.C., is located at Sixth Street and Independence Avenue S.W. The museum’s Steven F. Udvar-Hazy Center is located in Chantilly, Va., near Washington Dulles International Airport. Attendance at both buildings combined was 8 million in 2012, making it the most visited museum in America. The museum’s research, collections, exhibitions and programs focus on aeronautical history, space history and planetary studies. Both buildings are open from 10 a.m. until 5:30 p.m. every day (closed Dec. 25).