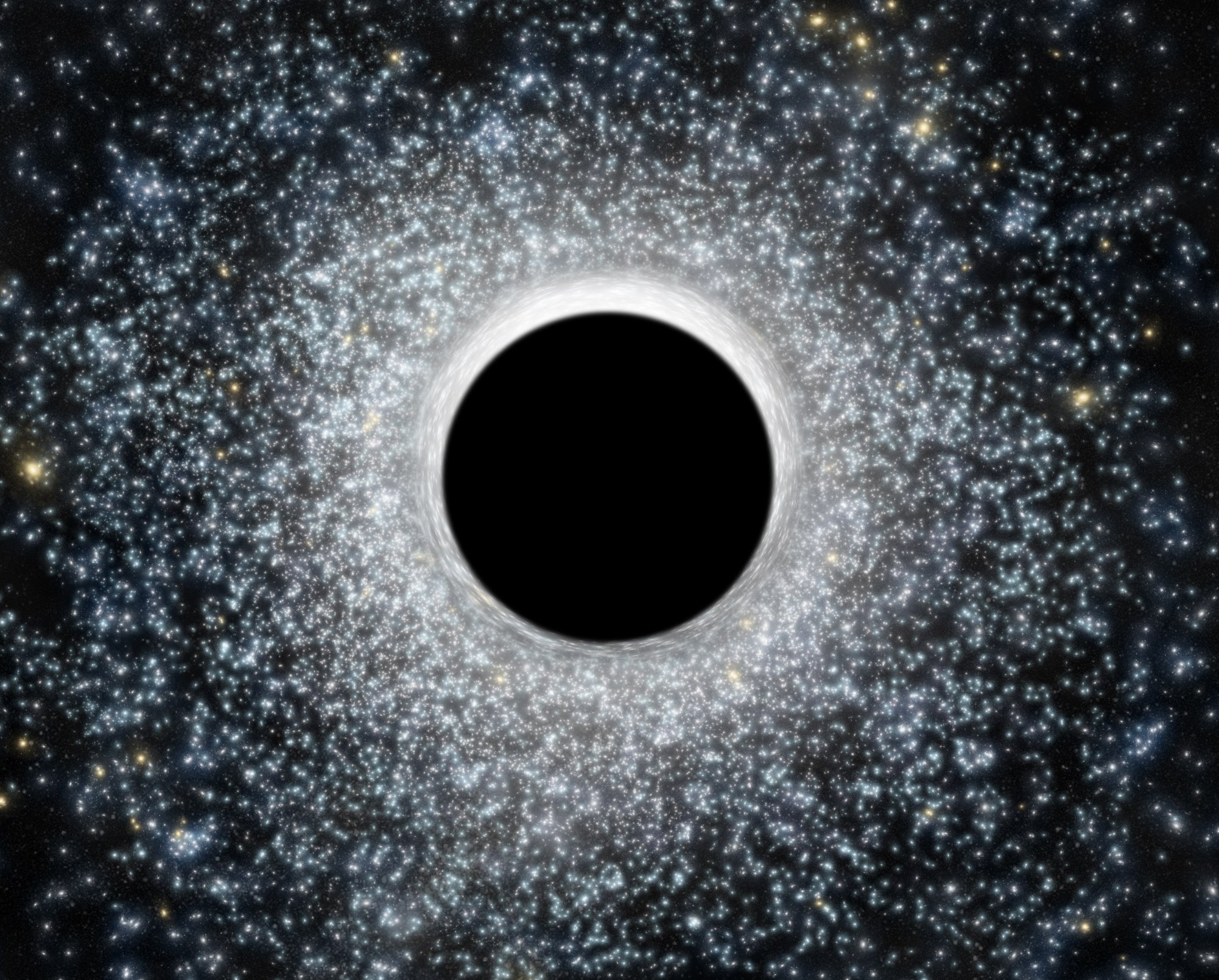 “We want to find intermediate-mass black holes because they are the missing link between stellar-mass and supermassive black holes. They may be the primordial seeds that grew into the monsters we see in the centers of galaxies today,” says lead author Bulent Kiziltan of the Harvard-Smithsonian Center for Astrophysics (CfA).

This work appears in the Feb. 9, 2017, issue of the prestigious science journal Nature.

47 Tucanae is a 12-billion-year-old star cluster located 13,000 light-years from Earth in the southern constellation of Tucana the Toucan. It contains hundreds of thousands of stars in a ball only about 120 light-years in diameter. It also holds about two dozen pulsars that were important targets of this investigation.

47 Tucanae has been examined for a central black hole before without success. In most cases, a black hole is found by looking for X-rays coming from a hot disk of material swirling around it. This method only works if the black hole is actively feeding on nearby gas. The center of 47 Tucanae is gas-free, effectively starving any black hole that might lurk there.

The supermassive black hole at the center of the Milky Way also betrays its presence by its influence on nearby stars. Years of infrared observations have shown a handful of stars at our galactic center whipping around an invisible object with a strong gravitational tug. But the crowded center of 47 Tucanae makes it impossible to watch the motions of individual stars.

The new research relies on two lines of evidence. The first is overall motions of stars throughout the cluster. A globular cluster’s environment is so dense that heavier stars tend to sink to the center of the cluster. An IMBH at the cluster’s center acts like a cosmic “spoon” and stirs the pot, causing those stars to slingshot to higher speeds and greater distances. This imparts a subtle signal that astronomers can measure.

By employing computer simulations of stellar motions and distances, and comparing them with visible-light observations, the team finds evidence for just this sort of gravitational stirring.

The second line of evidence comes from pulsars, compact remnants of dead stars whose radio signals are easily detectable. These objects also get flung about by the gravity of the central IMBH, causing them to be found at greater distances from the cluster’s center than would be expected if no black hole existed.

Combined, this evidence suggests the presence of an IMBH of about 2,200 solar masses within 47 Tucanae.

Since this black hole has eluded detection for so long, similar IMBHs may be hiding in other globular clusters. Locating them will require similar data on the positions and motions of both the stars and any pulsars within the clusters.