Meridiani Planum and the Search for Ice on Mars 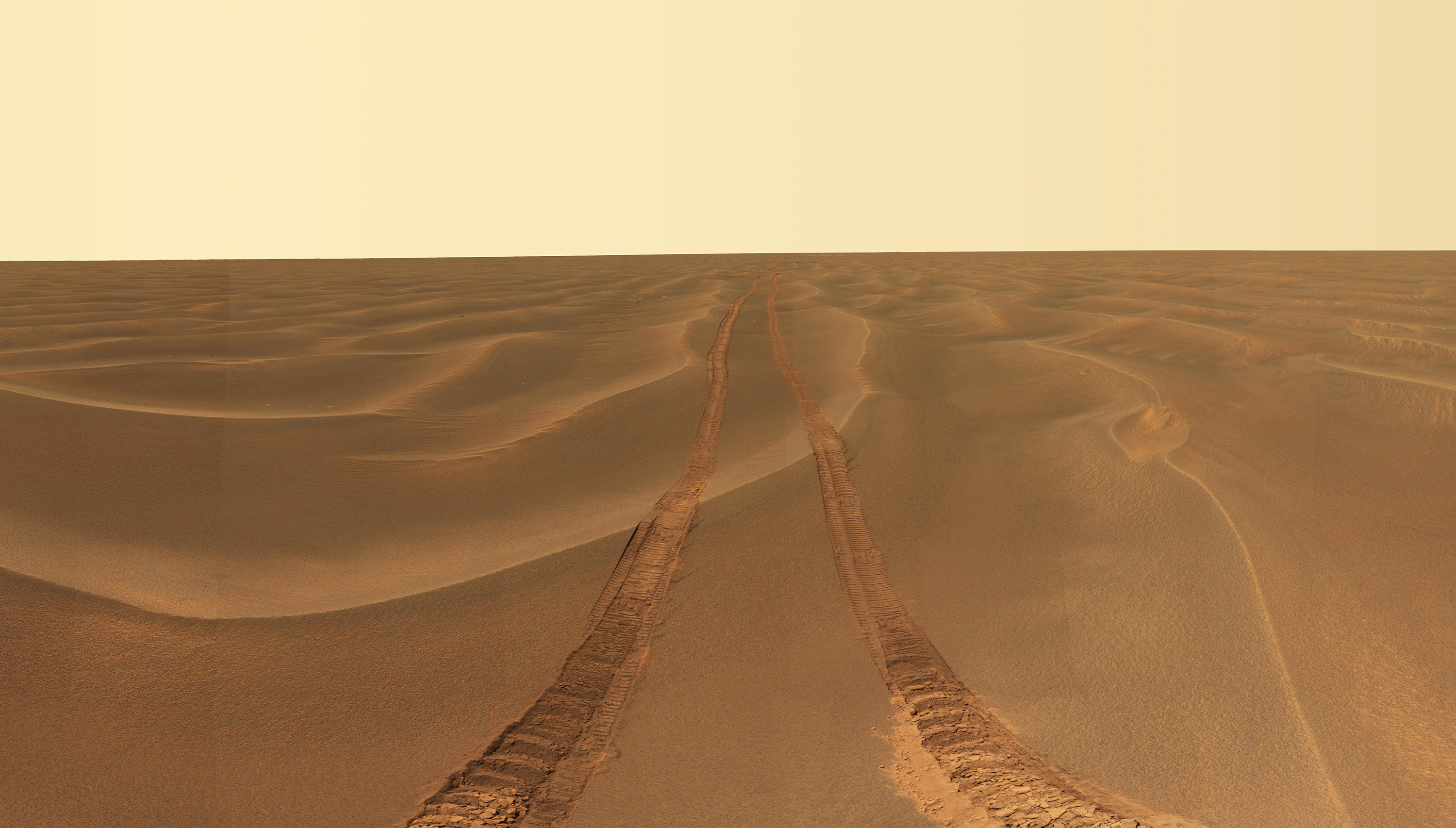 New findings reveal deposits on Mars that could be interpreted to be ice-rich may contain little or no ice at all, based on an analysis of radar sounder data for Meridiani Planum—an area on the planet’s equator being explored by the Opportunity rover. This new insight into Meridiani Planum may help identify areas with and without accessible water ice, a resource critical to future human exploration and possible colonization of Mars. The paper, “Radar Sounder Evidence of Thick, Porous Sediments in Meridiani Planum and Implications for Ice-Filled Deposits on Mars,” is published in the September issue of Geophysical Research Letters by lead author and Smithsonian senior scientist Thomas R. Watters.

Watters and colleagues present new compaction models for materials on Mars that suggest the electrical properties of the deposits of Meridiani Planum, derived from data collected by the Mars Advanced Radar for Subsurface and Ionospheric Sounding (MARSIS) instrument, can be explained without the need for pore-filling ice.

Watters is a scientist in the Center for Earth and Planetary Studies at the National Air and Space Museum. The MARSIS radar sounder, on board the Mars Express spacecraft, is managed by the Agenzia Spaziale Italiana (ASI) and NASA. The Mars Express mission is managed and operated by the European Space Agency. MARSIS was developed by the University of Rome, Italy, in partnership with NASA’s Jet Propulsion Laboratory in Pasadena, California.