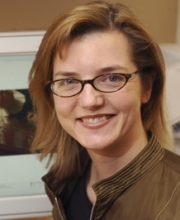 The Smithsonian American Art Museum has awarded the Charles C. Eldredge Prize for Distinguished Scholarship in American Art to Jennifer L. Roberts for her book Transporting Visions: The Movement of Images in Early America (University of California Press, 2014). Roberts traces the transportation of artworks across oceans and through swamps, forests and cities of British America and the United States between 1760 and 1860. The jurors wrote in a joint statement: “Roberts’s adventurous account provides an exciting indication of where the field of American art is going as it pushes analysis of visual material into new terrain.”

The jurors continued: “Transporting Visions: The Movement of Images in Early America [is] a book of rare ambition whose impact on the field is undeniable. Methodologically sophisticated in its treatment of the material properties of objects on the move—the literal ‘weight and heft’ of things in the physical world—Roberts demonstrates just how much art historians have to contribute to contemporary, cross-disciplinary debates about the complex meanings of matter. The arguments about John Singleton Copley, John James Audubon, and Asher B. Durand are elegantly conceived and tightly crafted, making the book truly a pleasure to read. Rarely does such a field-shaping book come along.”

Roberts is the Elizabeth Cary Agassiz Professor of the Humanities at Harvard University. She teaches American art from the colonial period to the present, with particular focus on issues of landscape, expedition, material culture theory and the history and philosophy of science. Roberts is the author of Mirror-Travels: Robert Smithson and History (2004) and Jasper Johns/In Press: The Crosshatch Works and the Logic of Print (2012). She is the co-author of the forthcoming catalog raisonné of Jasper Johns’ monotypes and is working on a book, The Matrix, about the broad cultural and philosophical implications of the physical operations of printing. She received a bachelor’s degree from Stanford University (1992) and earned her doctorate in art history from Yale University (2000). Roberts currently holds a Harvard College Professorship that was awarded for distinguished research and undergraduate teaching. She will occupy the Slade Professorship in Fine Arts at Cambridge University in 2019.

The Eldredge Prize, named in honor of the former director of the museum (1982–1988), is sponsored by the American Art Forum, a patrons’ support organization. This annual award, initiated in 1989, recognizes originality and thoroughness of research, excellence of writing and clarity of method. Single-author, book-length publications in the field of American art history appearing within the three previous calendar years are eligible. Dec. 1 is the deadline for next year’s nominations.

Recent Eldredge Prize recipients include Michael Lobel (2016) for his book John Sloan: Drawing on Illustration, Amy Lyford (2015) for her book Isamu Noguchi’s Modernism: Negotiating Race, Labor, and Nation, 1930–1950 and Wendy Bellion (2014) for her book Citizen Spectator: Art, Illusion, and Visual Perception in Early National America. A complete list of past winners is available online at https://americanart.si.edu/research/awards/eldredge/recipients.