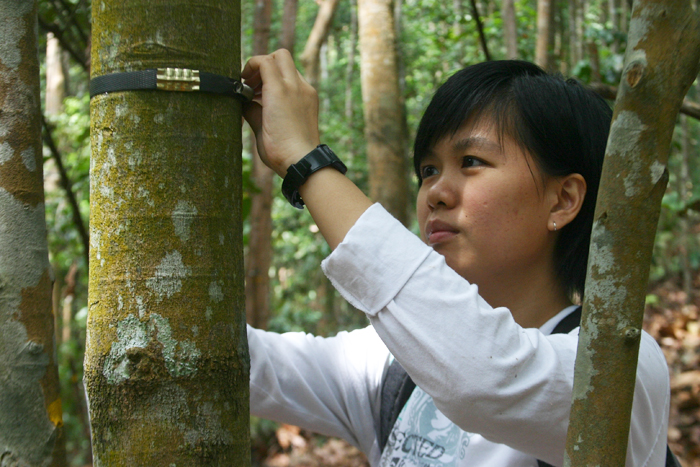 Permafrost thaw drives forest loss in Canada, while drought has killed trees in Panama, southern India and Borneo. In the U.S., in Virginia, over-abundant deer eat trees before they reach maturity, while nitrogen pollution has changed soil chemistry in Canada and Panama. Continents apart, these changes have all been documented by the Smithsonian-led Center for Tropical Forest Science-Forest Global Earth Observatory, CTFS-ForestGEO, which released a new report revealing how forests are changing worldwide.

“With 107 collaborators we’ve published a major overview of what 59 forests in 24 countries, where we monitor nearly 6 million trees, teach us about forest responses to global change,” said Kristina Anderson-Teixeira, first author of the report and CTFS-ForestGEO ecosystem ecologist based at the Smithsonian Conservation Biology Institute.

Many of the changes occurring in forests worldwide are attributable to human impacts on climate, atmospheric chemistry, land use and animal populations that are so pervasive as to warrant classification of a new geologic period in Earth’s history—the Anthropocene, the Age of Humans.

Measuring and understanding the effects of all these changes—collectively termed “global change”—are easier said than done. Some of the best information about these global-scale changes comes from CTFS-ForestGEO, the only network of standardized forest-monitoring sites that span the globe.

Since the censuses began at the first site on Barro Colorado Island in Panama in 1981, atmospheric carbon dioxide has increased by 16 percent. The forest sites in the network have warmed by an average of more than 1 degree F (0.6 degree C) and experienced up to 30 percent changes in precipitation. Landscapes around protected sites experience deforestation.

The plot network now includes forests from Brazil to northern Canada, from Gabon to England and from Papua New Guinea to China.

In addition to identifying, mapping, measuring and monitoring trees, researchers describe the relatedness of trees, track flower and seed production, collect insects, survey mammals, quantify carbon stocks and flows within the ecosystem, take soil samples and measure climate variables like rainfall and temperature. The thorough study of these plots provides insights into not only how forests are changing but also why.

Climate change scenarios predict that most of these sites will face warmer and often drier conditions in the future—some experiencing novel climates with no modern analogs. Forests are changing more rapidly than expected by chance alone, and shifts in species composition have been associated with environmental change. Biomass increased at many tropical sites across the network.

“It is incredibly rewarding to work with a team of forest scientists from 78 research institutions around the world, including four Smithsonian units,” Anderson-Teixeira said. “CTFS-ForestGEO is a pioneer in the kind of collaborative effort it takes to understand how forests worldwide are changing.”

“We look forward to using the CTFS-ForestGEO network to continue to understand how and why forests respond to change, and what this means for the climate, biodiversity conservation and human well-being,” said Stuart Davies, network director.