Hirshhorn To Revitalize Sculpture Garden for the 21st Century 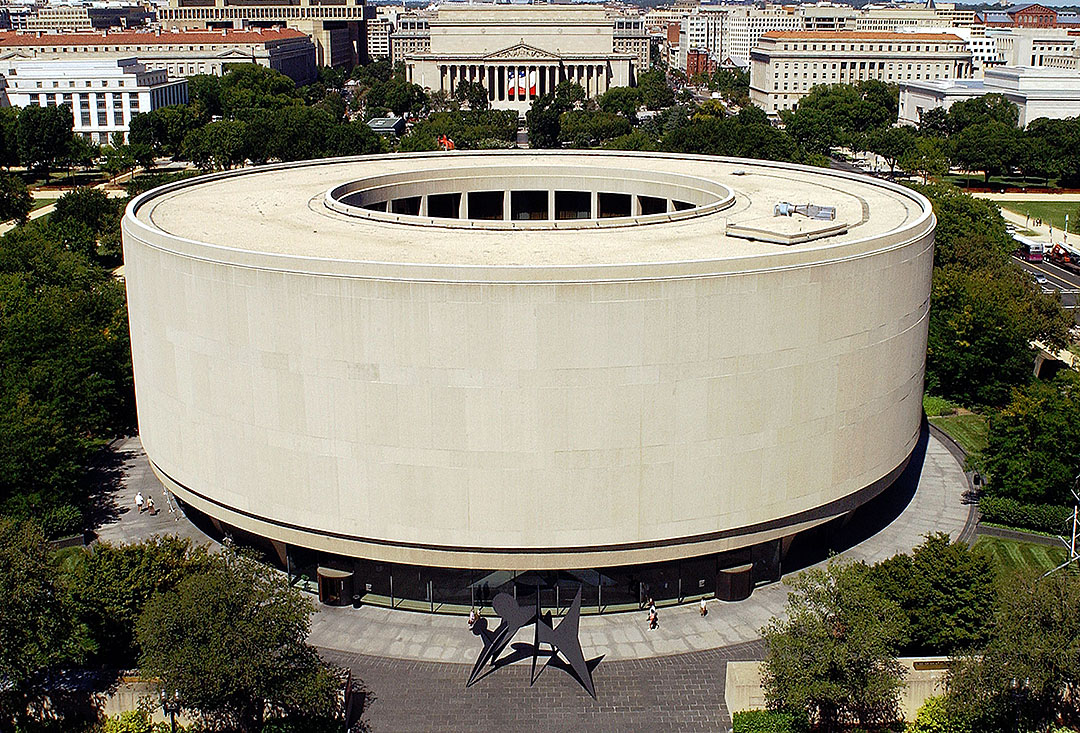 The Smithsonian’s Hirshhorn Museum and Sculpture Garden announced March 11 that its board of trustees unanimously voted in favor of moving forward with a renovation and redesign of its Sculpture Garden for the first time since the 1980s. Over the past two years, the museum has been working to reimagine the space to improve the visitor experience and to provide a greater variety of programming.

Following a successful renovation of the museum’s lobby by architect/artist Hiroshi Sugimoto, which has welcomed nearly a million visitors since its opening, the museum began working with Sugimoto to develop a concept design for the garden. Adjacent to the National Mall, the sunken garden is barely visible to both Mall and museum visitors. Sugimoto’s early concept calls for an enhanced entrance facing the National Mall, directly engaging the more than 35 million people who pass through each year. The new vision will create spaces for large-scale contemporary works and performances, as well as intimate spaces for the museum’s modern masterpieces. Initial concept designs also include reopening the underground passage, which has been closed for 30 years, but was an important element in architect Gordon Bunshaft’s original design, connecting the garden to the museum plaza.

“This project creates a ‘front door’ for the Hirshhorn on the National Mall,” said Dan Sallick, Hirshhorn board chair. “I can think of no better way to expand our mission than by creating a 21st-century outdoor space for sculpture and performance that will become a beacon for many more visitors.”

“As both an artist and an architect, Hiroshi Sugimoto brings a unique perspective to his designs and a deep understanding and respect for Gordon Bunshaft’s original vision for the garden,” said Melissa Chiu, director of the Hirshhorn.

“We are working to create a more vibrant and accessible civic space for residents of our city and the many visitors from the nation and throughout the world,” said Adam Metz, chair of the board’s building task force.

The Hirshhorn will share its progress to-date on the concept design for the garden at a public consultation meeting at the museum at a date to be announced. Submissions to the National Capital Planning Commission and Commission on Fine Arts will follow.

History of the Garden

Designed by Bunshaft, the Hirshhorn Museum and Sculpture Garden opened in 1974. Bunshaft’s original design for the Sculpture Garden, which was never fully realized, was much larger and traversed the entire National Mall’s width and featured a substantial reflecting pool. Bunshaft’s subsequent design created a neutral setting for art, but with limited plantings and little shade. The garden’s last major modification was a 1981 renovation by landscape architect Lester Collins. This planned renovation will address critical infrastructure issues.

Sugimoto has held major exhibitions in museums and galleries throughout the world, including the Museum of Contemporary Art in Los Angeles, the Metropolitan Museum of Art and the Serpentine Gallery. His work is held in leading collections including the Museum of Modern Art, the Solomon R. Guggenheim Museum, the Centre Georges Pompidou and the National Gallery in London. Sugimoto has had a long relationship with the Hirshhorn, beginning with his first major U.S. retrospective in 2006 and, most recently, his innovative design of the museum’s lobby. He has designed a variety of indoor and outdoor spaces that create a beautiful linkage between art and architecture, including a series of installations at Versailles (2019), the Atrium Garden for the Japan Society in New York (2017) and the Enoura Observatory for the Odawara Art Foundation in Japan (2017).

The Hirshhorn Museum and Sculpture Garden is the national museum of modern and contemporary art and a leading voice for 21st-century art and culture. Part of the Smithsonian, the Hirshhorn is located prominently on the National Mall in Washington, D.C. The collection includes major holdings of painting, sculpture, photography, mixed-media installations, works on paper and new media making it one of the most important collections of postwar American and European art in the world. The Hirshhorn presents diverse exhibitions and offers an array of public programs on the art of our time—free to all, 364 days a year. For more information, visit hirshhorn.si.edu.