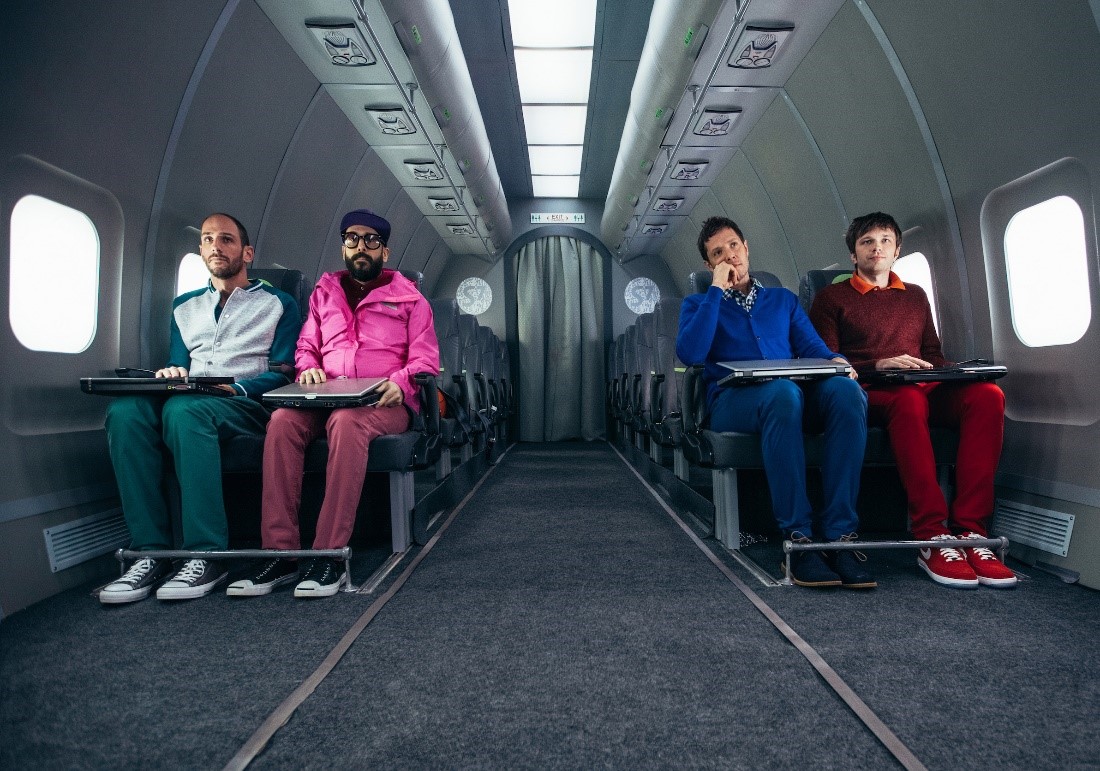 The Hirshhorn Museum and Sculpture Garden will host rock band OK Go Friday, Dec. 9, at 6:30 p.m. for an exclusive unplugged performance and intimate conversation on the art of music videos. The band’s uniquely choreographed productions have used microgravity, drones, Rube Goldberg machines and treadmills to create mind-bending audiovisual masterpieces that have revolutionized the genre and earned more than 300 million views online.

Free tickets will be released online Monday, Dec. 5 at 10 a.m. at hirshhorn.si.edu/bio/ok-go-conversation. The public can also livestream the event at facebook.com/hirshhorn.

OK Go is a 2016 recipient of Smithsonian Magazine’s American Ingenuity Awards in the Visual Arts, which have been called “the Golden Globes of intellect” and honor revolutionary breakthroughs in the arts and sciences, education and social progress.

Released Nov. 23, OK Go’s most recent video “The One Moment,” took place in just 4.2 seconds, featuring 325 synchronized, intricate micro-events slowed down with high-speed cameras. “Upside Down & Inside Out,” was shot aboard a Russian jetliner to induce periods of gravity-defying weightlessness. Their collaboration on their early hit “Here It Goes Again,” a treadmill ballet released in 2006, won the Grammy Award for best short-form video. The band, formed in Chicago in 1998 and now based in Los Angeles, features Tim Nordwind (bass), Andy Ross (guitar), Dan Konopka (drums) and Damian Kulash Jr. (vocals and guitar).

The Hirshhorn Museum and Sculpture Garden is the national museum of modern and contemporary art and a leading voice for 21st-century art and culture. Part of the Smithsonian Institution, the Hirshhorn is located prominently on the National Mall in Washington, D.C. With nearly 12,000 paintings, sculptures, photographs, works on paper, mixed-media installations and new media works, its holdings encompass one of the most important collections of postwar American and European art in the world. The Hirshhorn presents diverse exhibitions and offers an array of public programs on the art of our time–free to all, 364 days a year. For more information, visit hirshhorrn.si.edu.