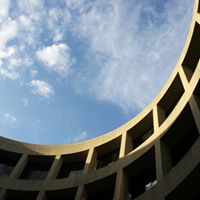 The Smithsonian’s Hirshhorn Museum and Sculpture Garden announced today that its third New York gala will be held Monday, Nov. 6, at the David H. Koch Theater in Lincoln Center. This year, the annual event will celebrate 31 women artists from around the world who transformed public perceptions of contemporary art and expanded cultural dialogue around the most important current issues.

The group represents some of the most significant artists working today, featuring trailblazers who pioneered new forms of artmaking. The Hirshhorn has continually supported the development of women artists through an active acquisition program and dynamic exhibitions, working closely with Barbara Kruger, Yoko Ono, Shirin Neshat, Jenny Holzer and Yayoi Kusama, among many others.

“Each year, the Hirshhorn celebrates incredible artists from around the world who throughout their careers continue to challenge and inspire us,” said Hirshhorn Director Melissa Chiu. “This year, I am especially proud to honor 31 outstanding female artists—from pioneers of performance and video art to emerging painters and sculptors—whose collective contributions to the field have transformed the way we look at art and set the stage for generations of creative talents yet to come.”

For the past two years, the museum’s dual New York and Washington, D.C., galas have resulted in record-setting fundraising, bringing in more than $3.5 million to benefit the institution’s world-class programming and acquisitions. Its next annual Washington event is scheduled for summer 2018.

The Hirshhorn will welcome approximately 400 guests Monday, Nov. 6, at Lincoln Center’s David H. Koch Theater, a stunning architectural icon and one of the largest interior event spaces in the city. All proceeds from the gala will benefit the Hirshhorn’s public initiatives, including exhibitions, free programs, community partnerships and digital collaborations that bring global contemporary art to the widest possible audiences.

Previous Hirshhorn galas have recognized important groups of artists, including 40 renowned contemporary artists in honor of its 40th anniversary in 2015, a new generation of emerging artists in 2016 and prominent Washington-based artists in spring 2017. For fall 2017, the museum will honor these artists:

For more information about the gala, visit the Hirshhorn’s website at hirshhorn.si.edu.