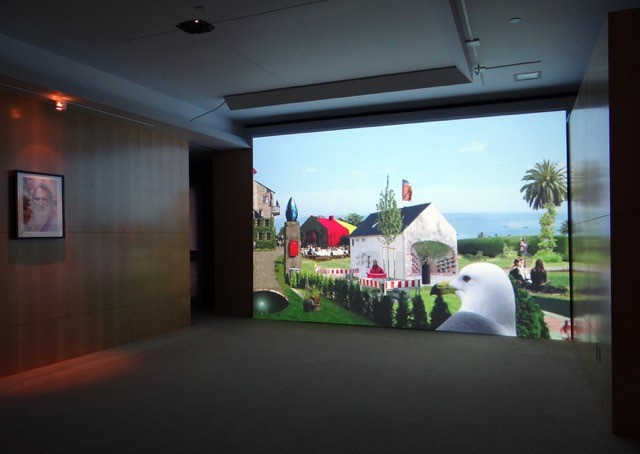 In conjunction with the Oct. 29 openings of the exhibitions “Marvelous Objects: Surrealist Sculpture from Paris to New York” and “Shana Lutker: Le ‘NEW’ Monocle, Chapters 1–3,” surrealism will be the focus of the fall film season at the Smithsonian’s Hirshhorn Museum and Sculpture Garden, which begins Oct. 15. Screenings will be held at the museum’s Ring Auditorium. All are free of charge. Seating is limited and available on a first-come, first-served basis.

Olaf Stüber, a leading proponent of moving-image art in Germany, is co-founder of Videoart at Midnight, a cult event among Berlin art enthusiasts. He will be joined by Ulu Braun, an artist who has been featured in Stüber’s monthly showcase. Samples from Braun’s extravagantly animated oeuvre will include digital versions of exquisite corpses, in which he and other artists create collaborative works by building sequentially on each other’s contributions. This program is presented in collaboration with the Goethe-Institut Washington.

Mixing stop-motion animation with live action, the Czech filmmaker’s first feature, a dark fantasy that takes “something from Alice,” is very different in spirit from both Lewis Carroll’s fairy tale and the popular Disney adaptation. The heroine of Švankmajer’s masterwork is little but also a little vicious. A quasi-Freudian overtone prevails, and, in the end, it is unclear if Alice is back in the real world or trapped in an eerie Wonderland.

Among the godfathers of experimental film, Man Ray described his vanguard shorts as Cinéma Pur [Pure Cinema], as they resisted conventional notions of internal logic, dramatic arc and narrative content. Chronological screenings of Le Retour à la Raison (1923), Emak-Bakia (1926), L’Étoile de Mer [The Starfish] (1928); and Les Mystères du Château du Dé (1929) will be interspersed with discussions led by artist and scholar Karen Yasinsky, who will unpack the novel, sensational and surrealistic elements of these iconic shorts.