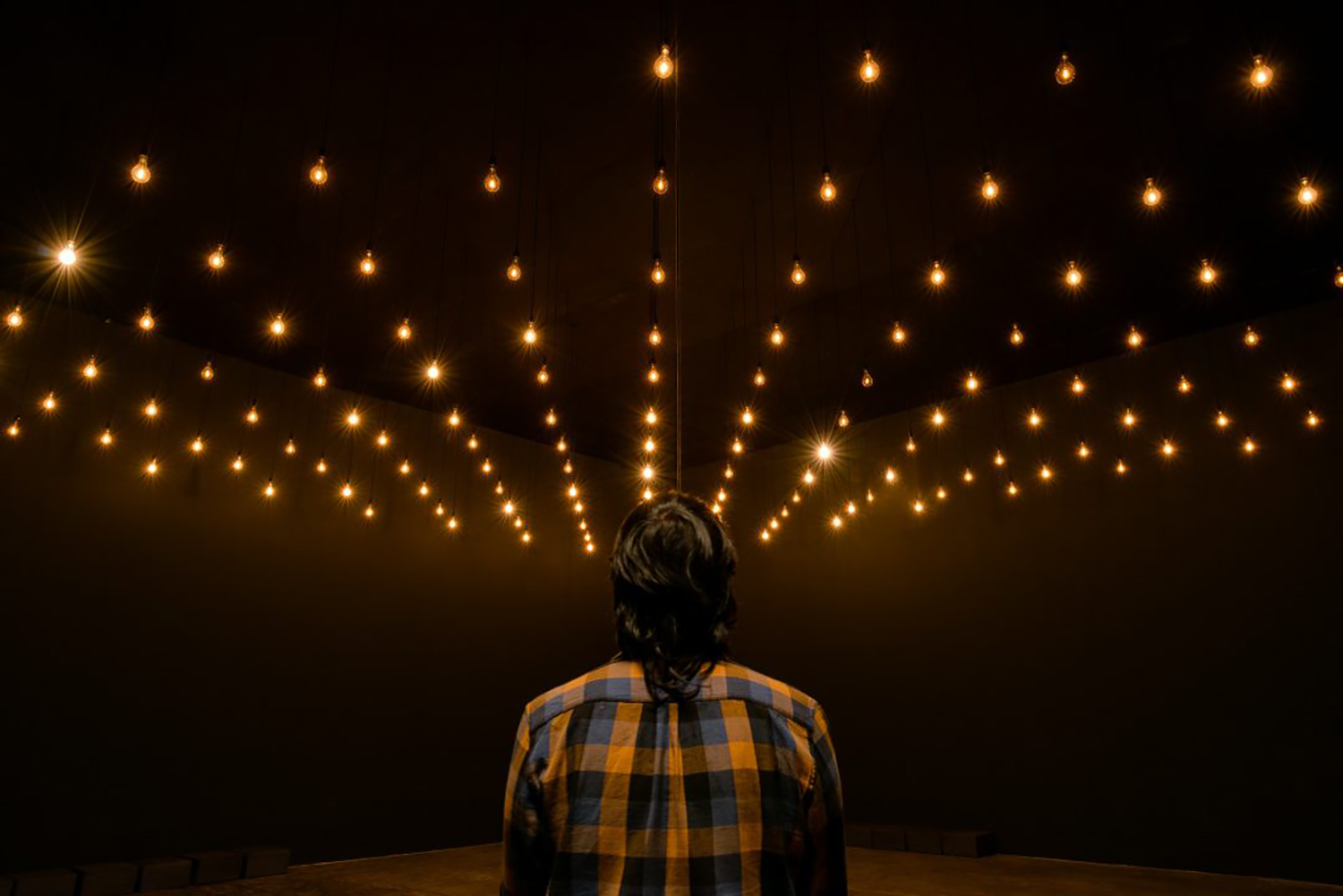 “Lozano-Hemmer’s unique practice straddles the line between art, technology and design, and will activate the museum unlike ever before,” said Hirshhorn Director Melissa Chiu. “His hypnotic installations invite museum visitors to participate in a one-of-a-kind experience while addressing complex themes surrounding agency, mortality and ownership.”

With Lozano-Hemmer’s trademark sensitivities to audience engagement and architectural scale, each artwork detects the biometric signatures of each visitor, registering and recording them as repetitive sequences that are visualized as flashing lights, panning soundscapes, waves in ripple tanks and animated fingerprints. These “portraits” or “snapshots” of the visitor’s intimate electrical activity then gets added to a live archive of other recordings, creating a landscape of syncopated rhythms. At a time when biometry is increasingly used for identification and control, here agglomerated data presents a new form of anonymity.

The exhibition begins with “Pulse Index” (2010), which will be presented at its largest scale to date. The work records participants’ fingerprints at the same time as it detects their heart rates, displaying data for the last 10,000 users on a Fibonacci-sequenced grid of massive projections. To take part, visitors insert their finger into a custom-made sensor equipped with a digital microscope and a heart-rate monitor. Their fingerprint, the most commonly used biometric image for identification, immediately appears on the largest cell of the display, pulsating to their heart beat. As more people participate, older recordings get recycled and the display’s rotating projections become a metaphor for the human life cycle.

The second work visitors will encounter is “Pulse Tank,” which was premiered at the Prospect1 New Orleans Biennial in 2008, and will be updated and expanded for this new exhibition. To participate, visitors hold sensors on the sides of illuminated water tanks. Computers then detect their pulse and hammer ripples on the water’s surface, reflected in shadow patterns on the gallery walls. The patterns are ever-changing as they are the result of the live waves interfering with each other and creating complexity.

Stepping into the last installation, “Pulse Room” (2006), visitors enter an otherworldly space filled with hundreds of clear, incandescent light bulbs hanging from the ceiling in even rows, pulsing with the heartbeats of past visitors. This work was inspired by the 1960 Mexican film Macario (dir. Roberto Gavaldón), in which the protagonist suffers a hunger-induced hallucination wherein every person is a lit candle in a cave. Visitors add their heartbeat by touching a sensor near the beginning of the installation, transmitting their pulse to the first bulb, which then flickers to its rhythm. Additional heartbeats continue to register on the first bulb, advancing earlier recordings ahead one bulb at a time. The amplified sound of collected heartbeats accentuates the impact of the piece.

Lozano-Hemmer was born in Mexico City in 1967. In 1989, he received a Bachelor of Science in physical chemistry from Concordia University in Montreal, Canada. In 2003, he founded the studio Antimodular Research in Montreal, composed of 14 programmers, engineers, architects and artists from around the world. Lozano-Hemmer was the first artist to represent Mexico at the Venice Biennale in 2007, and he has recently had solo exhibitions at the MUAC Museum in Mexico City, the Musée d’art contemporain de Montréal, and the Museum of Contemporary Art in Sydney. His work is in the collection of the Hirshhorn, as well as MoMA, Guggenheim, Museo del Barrio in New York, the Tate and Science Museum in London, CIFO in Miami, Jumex and MUAC in Mexico City, SFMOMA in San Francisco and many others. More than two dozen permanent architectural commissions are currently being developed around the world, and his large-scale interactive installations have been created for public spaces in Mexico City, New York, Vancouver and Berlin.