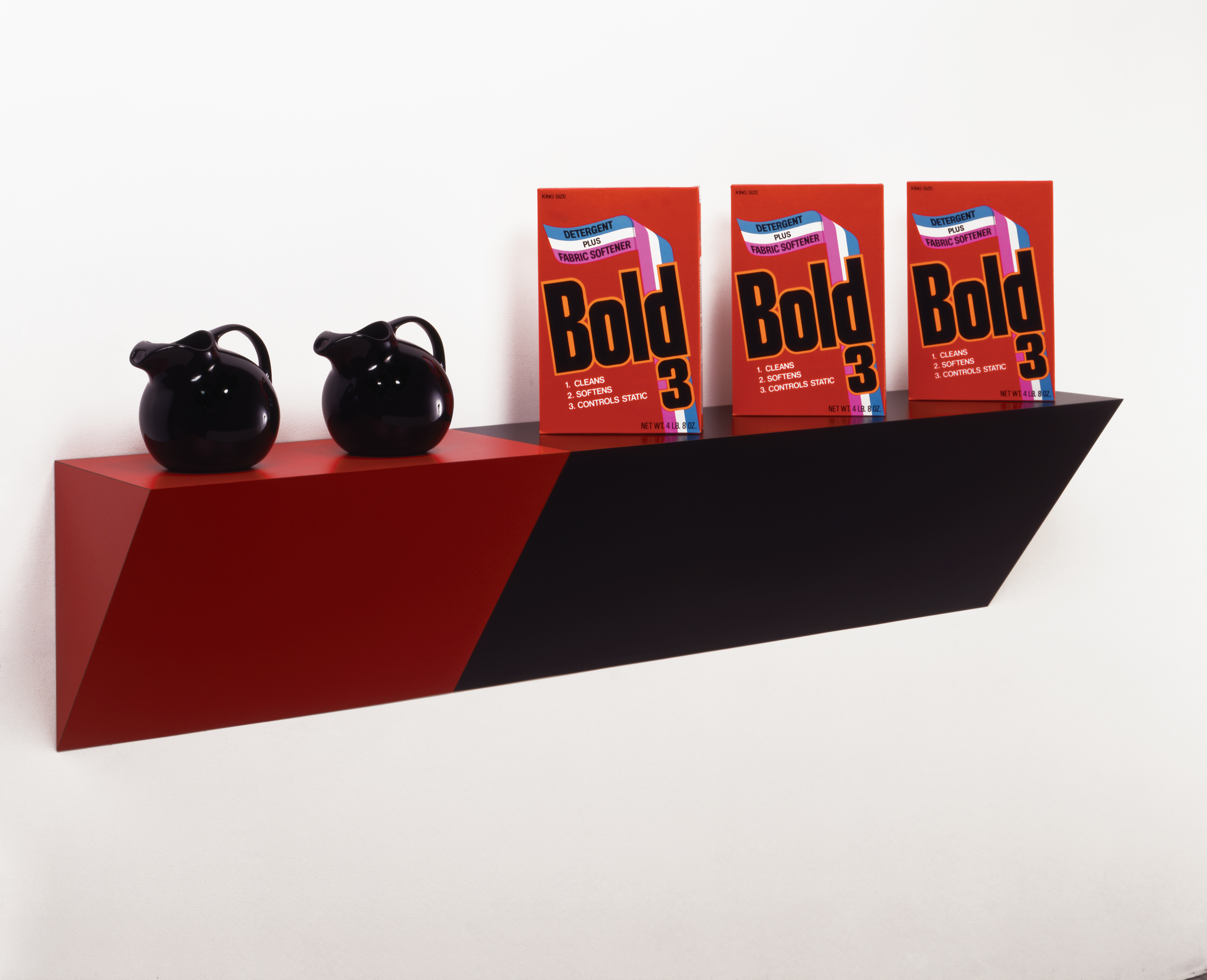 The Smithsonian’s Hirshhorn Museum and Sculpture Garden has announced “Brand New: Art and Commodity in the 1980s” (Feb. 14, 2018–May 13, 2018), the first museum exhibition to examine the artistic appropriation of commercial products in the late 20th century, a pivotal moment when artwork became a commodity and the artist became a brand. Organized by Gianni Jetzer, the Hirshhorn’s curator-at-large, “Brand New” examines the origins and rise in the 1980s of the key group of artists in New York City’s East Village who first used the language and objects of commerce as a radical new approach to art making.

“The Hirshhorn is proud to present this groundbreaking exhibition, examining the rise of Neo-Conceptualism and the corresponding clash of art and commerce,” said Hirshhorn Director Melissa Chiu. “By presenting the works of artists such as Koons and Prince alongside several of their less-exhibited contemporaries, ‘Brand New’ provides insight into this pivotal decade and the corresponding rise of some of the biggest names today.”

Fueled by a series of political, cultural and technological shifts, the 1980s brought about a golden era of contemporary art, with the nation’s newfound economic prosperity setting the stage for the re-evaluation of the art object. Within this environment, material goods were seen as a demonstration of power and financial wealth, while the artist was associated with cultural capital. For the first time, art and commodity conflated, with everyday objects such as vacuum cleaners, clocks, tires and drums becoming contingent channels for storytelling rather than stand-alone works. At the same time, the artists themselves became brands, in many cases resulting in the interdependence between public persona and artistic output. Coinciding with the height of the information age and the rise of modern branding, what began as satire came to define the world today.

“The market variations of the 1980s triggered an important change, as artists simultaneously subverted and embraced this increased commodification by essentially branding both their art and personas,” Jetzer said. “This phenomenon of artist as brand, and art object as commodity, has never before been examined at this scale, and I am excited to explore the tremendous impact of these revolutionary individuals now at a time that, in many ways, mirrors the unique trends of that decade.”

In addition to elucidating this abrupt shift in art, “Brand New” looks to document the unique collaborations taking place during this time period, when disparate circles of multigenerational artists would work and exhibit together. Artist-run galleries played a critical role in the emergence of new artistic voices and helped form influential communities. For the first time, this exhibition will present the history of New York’s downtown art scene in depth.

“Brand New” will be accompanied by a major catalog that features primary sources from the period and presents new scholarship and recent research.

The Hirshhorn Museum and Sculpture Garden is the national museum of modern and contemporary art and a leading voice for 21st-century art and culture. Part of the Smithsonian, the Hirshhorn is located prominently on the National Mall in Washington, D.C. With nearly 12,000 paintings, sculptures, photographs, works on paper, mixed-media installations and new media works, its holdings encompass one of the most important collections of postwar American and European art in the world. The Hirshhorn presents diverse exhibitions and offers an array of public programs on the art of our time—free to all, 364 days a year. For more information, visit hirshhorn.si.edu.